5 Ways to Know if You’re in a Codependent Relationship

5 Ways to Know if You’re in a Codependent Relationship

There are some things in this world that are determined by fine lines (and no, we are not talking about wrinkles). Depending on the health and motivations of someone else, the space between selflessness and codependency can be incredibly small. As such, it is easy to rationalize away behaviors that are, in fact, red flags that you’re in (or headed toward) a codependent relationship: where one person becomes so entangled in the needs of another that they are controlled by them. Here are 5 possible indicators that your relationship is in dangerous territory.

To be honest, the times I most often cross this fine line is with my kids. I have two teenage girls. Emotions range from the highest of highs to the lowest of lows within a span of 15 minutes.

I began to suspect some codependency when I could be in a fantastic mood, but if one of my kids walked through the door with a plethora of negative emotions, my day would start tanking. I would absorb their moodiness almost immediately. If they were anxious, I would be anxious. If they were angry at someone else, I became angry at that person. If they felt their situation was hopeless, I would often begin to feel like whatever was happening would never end.

Empathy is good—and part of empathy is feeling with that person. But feeling empathy is like taking someone’s coat and holding it for a while; codependency is more like wearing it and not being able to take it off when it’s time for them to leave. I had created an environment where my emotions were dependent on theirs.

How to disentangle: After listening to what’s going on (if it’s your teen who is refusing to talk, this still applies), picture yourself giving all the information, emotions, and problems to Jesus. Tell Him what happened, what you fear, and what you hope. Ask Him to intervene, be a comfort, and show you how you can help further. But be willing to let it go. Do nothing but pray if that’s all God leads you to do.

2. You have a continual desire to rescue and caretake.

One of the repercussions of assuming the emotions of another person (beyond empathizing) is that it often creates a strong desire to try to fix whatever problem instigated the dark clouds. If I’m codependent in my relationship with my girls, sure, I want them to feel better. But I also want to feel better, so I try to do whatever I can to create solutions that will quell the upheaval.

Oftentimes, I try to smooth out the road ahead too, to prevent the upheaval before it even starts. But when I do this, I rob them of the experiences and life lessons they need to maneuver successfully in this world.

How to disentangle: Put yourself in the other person’s shoes. If you walked in the door feeling emotionally miserable, would you want someone jumping in to solve the problem? Most likely not. You would want empathy, space, and maybe a nice cup of tea. You would want someone who can be stable and doesn’t get all worked up. Challenge yourself to be the person you would want to be there for you. If you’re a person who likes to try to predict all the potential problems and help others avoid them, take a step back and think about how natural consequences can be an amazing teacher.

3. You consistently put someone else’s needs above your own.

It’s great to be selfless. Not many relationships move forward and grow when there is not sacrifice. But if your needs are often pushed aside, it’s time to take a good look at the balance within the relationship. Ask yourself: Do I have a hard time saying “no” when someone asks me to do something? Do I fear that my availability and my helpfulness is what gives me my value? Am I afraid that if I don’t always meet the needs of another person, they will leave me?

Here’s what I had to learn: I have value apart from what I can do for other people. I have value because of Jesus' sacrifice for me. I was made by a loving Creator who loves me for me, not because I can do all the things. Therefore, I was created to have needs just as other people were created to have needs, and their needs are not more important than my own. I can take up emotional space.

How to disentangle: Write down your needs. Acknowledge to God that you need help expressing them. Ask Him for wisdom to determine which need to express and to whom. Then do it. Even if the person is not receptive to this at first, keep at it. It takes practice validating yourself, but don’t give up. If you are in a relationship where your needs are continually rejected after repeated attempts, it’s time to move out of that relationship.

4. You take ownership of someone else’s behavior.

When my husband was deep in his struggle with pornography, I thought it was my job to orchestrate his recovery from addiction (yes, I can hear your chuckles). I created a list of rules that if he would just follow, we would all be just fine.

I ended up becoming like a prison warden (whom he could easily outsmart) instead of his wife. His addiction was rooted internally; his healing wasn’t simply about controlling his external environment. Only he and God could truly do the work necessary to bring freedom.

How to disentangle: Understand that you can be supportive and encouraging, but you will never be able to do the internal work necessary for healing another person. It’s not your job to be the police or to create the “right” conditions for them. Often, this actually delays true healing and learning.

5. You minimize your own voice.

How many times have you wanted to point out that this person in your life keeps repeating the same detrimental behavior (that has a direct impact on your health and happiness), but you don’t? There are definitely times to give grace and let things slide. We all make mistakes and cause unintentional pain. But when there is a consistent pattern of behavior that induces hurt, the time for letting things slide is over.

There have been so many instances when I have not used my voice to tell people they have hurt me because I was afraid it could actually be my fault and that somehow, I deserved what I got. Self-reflection is usually a good thing, but sometimes we grow up assuming everything is our fault because unhealthy people have made it seem that way. Conflict is never fun, but two healthy adults are capable of owning their part and addressing the roots of their problems.

How to disentangle: Ask God to help you see the situation from His eyes. Seek godly counsel as you explain the situation so that other people can help you find your voice and use it in a productive manner. This isn’t about getting people “on your side.” This is about having wise people around you that can help interpret what is going on. Ask God to shed light on why you minimize your voice and seek healing for those wounds.

Jen Ferguson is a wife, author, and speaker who is passionate about helping couples thrive in their marriages. She and her husband, Craig, have shared their own hard story in their book, Pure Eyes, Clean Heart: A Couple’s Journey to Freedom from Pornography and are also creators of the Marriage Matters Prayer Cards. They continue to help couples along in their journeys to freedom and intimacy at The {K}not Project. Jen is also a mama to two girls and two high-maintenance dogs, which is probably why she runs. A lot. Even in the Texas heat. 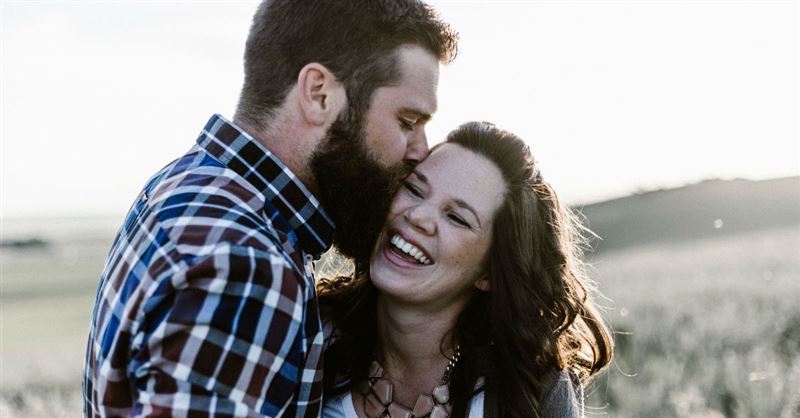 NEXT: The Most Common Fights in a Marriage and How to Work Through Them

30 Day Prayer Challenge: Fighting Fear and Anxiety with the Promises of God
Is Fear Keeping You from Trusting God?
5 Meaningful Ways to Restore Your Prayer Life
7 Lies Your Children Face during Their College Years