Do Eclipses Have Spiritual Significance?

The following is a transcribed Video Q&A, so the text may not read like an edited article would. Scroll to the bottom to view this video in its entirety.

You know, the Bible mentions eclipses, and it mentions eclipses, especially in connection with the end times, so one needs to acknowledge that, that somehow, God has chosen to communicate things to us through the heavens, and there's a specific passage that says, "The heavens declare the Glory of the Lord." And so, that's not surprising.

But there's one thing about a solar eclipse that I find especially interesting that I think has enormous spiritual significance, and that's this. The moon happens to be just the right size and at just the right distance from us so when it comes between us and the sun on occasion, it perfectly, perfectly, not too big, not too small, blots out the face of the sun.

This happens nowhere else in the solar system. On no other planet, are there total solar eclipses. This is a phenomenon that is unique to planet earth. 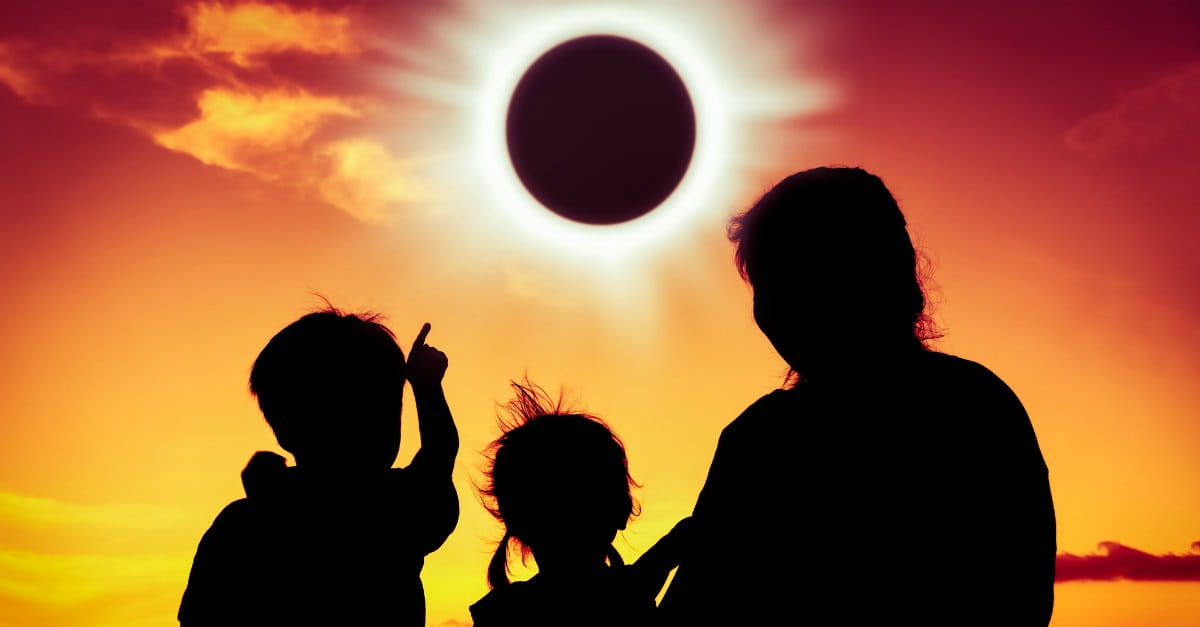 That's even more significant. That's significant enough already. Why should it just be perfect size, perfect distance for it to blot out the face of the sun. But it's even more significant, more miraculous, if you want to use that word, when you consider that the going theory right now is that the moon happened by accident. The theory is that early on in the earth's history, about four and a half billion years ago, when it was forming, an astronomical body came along, just kind of randomly came along, smashed into the earth, and the result of that collision, that head on collision was that it spit out this blob that became our moon.

So, wait a minute. You have to ask yourself. Okay, so if indeed that's true, that the moon just happened by this accident, then you're telling me that this accident resulted in a moon that was just the right size and ended up at just the right place to create a total solar eclipse, this phenomenon where the sun's face is blotted out just perfectly.

For More On Eclipses

Did a Solar Eclipse Darken the Skies during Jesus’ Crucifixion?

Is the Solar Eclipse a Sign of the End Times?

Why the Solar Eclipse Will Make You Feel Amazed