Narcissistic Abuse: What it Is and How to Survive
Tweet

Narcissistic Abuse: What it Is and How to Survive

Narcissistic Abuse: What it Is and How to Survive

Narcissistic abuse in a relationship is so much more than feeling alone and not getting your needs met. It’s not a discontentment or dissatisfaction with your spouse that normal relationships go through. Here are the signs of narcissistic abuse and how to seek help if you are being abused by a narcissist.
Tweet

This helps us to understand why narcissists cause relational problems and why they have such a hard time keeping long-term intimate relationships. They often act superior while struggling with self-loathing at the very same time. They think about other people as objects to be used for selfish gain.

This mixed bag of behaviors also causes narcissists to abuse the people closest to them – especially the caretakers and servant-hearted among us. This is what we call narcissistic abuse.

What Is Narcissistic Abuse in Relationships?

Narcissist abuse is a systematic pattern of emotional and psychological abuse consisting of neglect, rejection, oppression, degradation, misogyny (or misandry), and cruelty.

Narcissistic abuse in a relationship is so much more than feeling alone and not getting your needs met. It’s not a discontentment or dissatisfaction with your spouse that normal relationships go through. Living with or dealing with a narcissist on a regular basis is like preforming mental gymnastics just trying to keep up with the psychological anguish.

Imagine this, having someone suck every bit of your emotional energy out of you until you are completely devoid of anything left to give. Then, expecting even more from you. What you’re giving, which is your all, is just not enough for that person. It’s actually never good enough. Your main focus in life is pleasing someone who cannot be pleased. And if you don’t they abuse you more or discard you like a piece of trash – which is what you feel like anyway.

A narcissist is never content with what they have. They always want more. Eventually, your sense of self-worth is diminished to worthlessness because the narcissist is incapable of being content or reciprocating when he or she takes from you. This is usually when the narcissist discards you, when you have nothing to offer them anymore.

You are used up and he or she needs a new supply of admiration and mental energy – someone willing to give and not needing anything in return.

This erosion of a person’s value, by the narcissist, does not happen overnight. It’s an insidious, gradual, and intention deterioration that slowly trauma bonds the couple together similar to what is known as Stockholm Syndrome. Overtime, the victim believes with all their heart that they cannot live without the abuser. And the shame, trauma, and lack of autonomy keep them trapped in the toxic relationship.

This is why it’s so hard to separate from and/or divorce a narcissist.

What Are the Signs of Narcissistic Abuse?

There are more than 100 ways that a narcissist perpetuates abuse against his or her victim. Because it is a personality disorder, narcissists have practiced their emotional and psychological abuse tactics for much of their life to find out what works best for them to get their way. Each narcissist has his or her own scheme that they repeat with each new abuse victim.

Here are just a few techniques that the narcissist uses to control other people or how they think about him or her.

Some narcissists are capable of being peculiarly calm in situations when another narcissist would exhibit rage. This calmness is also a manipulative tactic to control someone else or used to prove that the narcissist is not the one with the problem. Everyone else is the problem because they are calm when everyone else is upset.

“A narcissist cannot take the blame for his or her own actions so they project it all onto someone else, usually their closest relationships. Because it’s your responsibility to take care of the narcissist, and they expect their life to be perfect, when things aren’t perfect, you as the caregiver must be to blame.”

Read what being in a relationship with a narcissist looks like if you want to learn more about the signs of narcissistic abuse. Often times, it’s hard to recognize because the narcissist is covert with his or her tactics.

What Is Covert Narcissism?

There are two main ways narcissism is observed by others – overtly and covertly. Overt narcissists are often outwardly aggressive, contentious, and more obviously narcissistic (you can tell they only love themselves). They don’t often hide their arrogant character from others because of their grandiosity – unrealistic sense of superiority. They just expect everyone to be permissive to their behaviors.

However, the covert narcissist doesn’t want anyone to know about his or her narcissist personality. He or she hides their true character by wearing a mask. What others on the outside see is a charming, kind, and helpful person. But the mask hides the fact that the narcissist doesn’t feel empathy for anyone while exhibiting sympathy instead, which is a good disguise.

The covert narcissist is a good at pretending and acting. He or she is able to mirror behaviors and dialog to impersonate someone who is a caring, loving, and kind person. They even hide well in our churches pretending to be a servant Christian. But deep in their personality is still the selfish, self-centered, and non-empathetic character.

What Are the Signs of Covert Narcissism?

There are several red flags that clearly define a narcissistic personality from the rest of the population. But since most narcissists are covert in their approach, they’re able to hide among us. This is why it’s important to know the distinctive signs that tell you that you could be dealing with a covert narcissist, beyond lacking empathy, craving admiration, and exhibiting grandiosity.

For example, your pain for the loss of a loved one could be dismissed or diminished if they didn’t care for or even know that person. Even worse when they didn’t like that person, or felt they needed out of your life, the narcissist may say cruel things to you (like “Why are you crying over that person?”) while you’re mourning the loss.

Surviving Narcissistic Abuse: How to Get Help and Support Groups

The first task in surviving narcissist abuse is to get out of the fog. What is the fog? The fog is the confusion caused by long-term manipulation and gaslighting. This causes a delusion that everything is fine and no abuse is taking place, when in fact it is. It’s not recognizing the narcissistic abuse tactics, especially if they are covert, which are harming the victim. It’s not realizing that you deserve to be treated better.

After being emotionally abused by someone with a narcissistic personality disorder we start to understand the importance of knowing the signs of this type of abuse, how to separate from it, and then heal from it after. This could be accomplished through a licensed abuse recovery counselor, a coach, and an abuse specific support group. This is paramount to getting out of an abusive relationship and healing after.

A victim who reads or hears the stories of other victims may be able to put herself in the shoes of another victim’s story and recognize the abuse that he or she has experienced as well. Here are several support groups and programs specialized in educating the public and victims about narcissistic abuse and recovery after.

My top recommendations for a book to educate yourself about abuse tactics are any of Lundy Bancroft’s books, but especially, Why Does He Do That: Inside the Minds of Angry and Controlling Men. I also recommend, Psychopath Free: Recovering from Emotionally Abusive Relationships with Narcissists, Sociopaths, and Other Toxic People by Jackson MacKenzie, to heal yourself after. 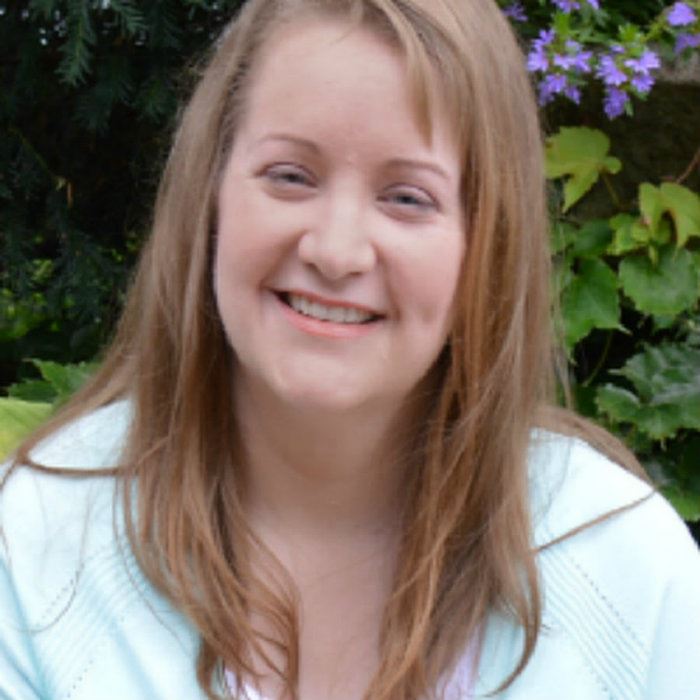 Jen Grice is a divorce mentor and empowerment coach guiding women to surviving and thriving after divorce – caused by abandonment, abuse, and/or adultery. She started Surviving + Thriving Ministries, after her own unwanted divorce in 2013. Now, she blogs, writes books, creates videos, and has a "Stronger Woman After Divorce" group coaching program to walk with Christian women who want to heal and thrive after narcissistic abuse. You can find more information about Jen, her ministry, and her program on her website, JenGrice.com.

4 Prayers for Unity in All Circumstances
How to Be the Bridge : Practical Steps to Racial Reconciliation
A Prayer for a Heart That Needs to Lament
12 Old-Fashioned Summer Activities for Making Special Memories

7 Meaningful Ways to Affirm a Friend

10 Ways to Let Go of a Toxic Relationship
May Patterson