3 Reasons Why Choosing Singleness after Divorce is a Good Thing

3 Reasons Why Choosing Singleness after Divorce is a Good Thing

As a teen and young woman, I was never nervous around the opposite sex. In high school, I hardly dated–only having one boyfriend. I was the type to be friendly with most everyone, both boys and girls. I would hitch a ride home with a neighbor boy and never think twice about it. I didn’t worry if anyone saw me or thought bad of me for being alone with him, because there was never anything more to it than just a friendship or a way to get home faster.

Oh, how times have changed!

In my early 20’s I became a Christian, and shortly after that, I was getting married. During my divorce several years ago, I noticed some changes that happened in the world around me. Societal norms have made it hard for Christian men and women to communicate or even work together without being judged as inappropriate. And I noticed that my singleness worried married women, especially at church.

Maybe it’s just me, and I’ve just forgotten how to be friends with the opposite sex. I’ve tried to carry on normal conversations with men only for things to turn awkward. I don’t feel that I’m sending the wrong message, and I’m certainly not interested in any extra attention, but a few conversations left me scratching my head, reminding me that this is a different time.

"Societal norms have made it hard for Christian men and women to communicate ... without being judged as inappropriate."

I had a few conversations with a single man at my child’s school. After several weeks of talking about God, he started to compliment me. That’s when I started to feel anxious and couldn’t figure out what to say. All I remember is telling him that he was too old for me, that I wasn’t ready to date, and my child wasn’t ready for me to date either. I left feeling embarrassed for my lack of understanding about where the conversation was headed. And I’m sure he was confused about why I was acting so strangely.

After telling my prayer partner what happened and how uncomfortable I felt about situation, she said, “We need to pray for God to bring you a few godly males, just for friendship, so you can practice communicating and feeling confident about it.” And she was right — that’s exactly what I needed.

Now, years later, God answered those prayers, and I still have a few male friends who support my ministry and respect my wishes to stay single. Because of their friendship I feel more comfortable handling awkward conversations, rather than allowing anxiety to take over.

Until God calls me to marry again, I’m staying single. Here are three reasons why that’s just fine with me.

1. Because I can be happy in singleness.

When I decide to start dating again, I want to do it for the right reasons. I don’t want to date just because I’m lonely and in need of someone to fill a void. I want to be able to meet someone and know that if they’re not the person for me, then I will still be content in my singleness, able to walk away without feeling like I’m losing everything again.

I think many women date too soon because society tells us we’ll be happy after we find another man. What do we usually say to a woman who’s dating again after divorce?

“You look so happy!”

But what if she’s been happy since her divorce? I think it’s a myth that divorced women aren’t happy because I talk to lots of women who are divorced and happy. We’re learning how to thrive and be content in our lives after divorce rather than looking for a man to get us there.

"Doing life without a partner is not always easy, but I need to be happy as a single woman before I can be happy in a relationship."

Doing life without a partner is not always easy, but I believe that I need to be happy by myself, as a single woman, before I can be happy in a relationship. I’ve learned to be content even while pumping my own gas (which I don’t like) and repairing the lawn mower (which I don’t really know how to do). Even if I have to bug my son to help me or hire someone else, I don’t need a husband to make me happy.

I also want to make sure I’m ready to marry when I start dating again. I believe the purpose for dating is to find a spouse, not just for recreational purposes. People continue to hurt their heart, rather than protect it, in serial dating situations. I plan to state these intentions as well as my boundaries right upfront when I’m ready to date and marry again. This will help me to be assertive in a relationship and hopefully weed out anyone who’s not on a similar path as me.

I can’t totally prevent myself or another person from being hurt, but I can be honest and assertive so that we both know where I’m headed. I’m not worried about scaring anyone away with my boundaries because I know the right person will understand and want the same for himself. Anyway, boundaries and assertiveness only scare off the wrong people.

2. Because my children need to heal too.

My youngest child, who was only 10 at the time, took the divorce the hardest. He didn’t understand like his older siblings did about the situation. Like most kids with divorced parents, he felt it was his fault. Even though he was told over and over again that it wasn’t, he thought that could talk my ex-husband and me into getting back together.

Then when his father started dating right away, he realized that his efforts were in vain, and he felt replaced. And it wasn’t until he saw for himself the real reason for the divorce that he understood it was the best option for all of us.

Children don’t like to share their parents. My son thought he would get a lot of alone time with each parent after the divorce. But when a girlfriend or boyfriend is introduced right away, the child can feel like they’ve lost their dad or mom all over again. Some children don’t understand that there is enough love to go around, so they believe that they’re not loved because their parent loves someone else.

My child already struggles with these beliefs; I’m just not ready to add to his list of stressors by dating again.

"We need to pay attention to children who are hurting after divorce."

If you’re seeing behavioral problems in your child, this could be because he or she is withholding these types of feelings towards a new partner. Ask your child to be honest about how they feel, even if what they say is hard to hear. I don’t believe a child should be the center of everyone’s attention, but we need to pay attention to children who are hurting after divorce.

I believe there are adult children in our world who are still hurting from their own parents’ divorce, and that suppressed pain could be part of the reason we see so many divorces now. It’s easier to help a child learn to cope with a divorce sooner, rather than try to help an adult with childhood wounds that have never healed.

3. Because God is using my singleness in ministry.

One of the main things I wanted to do after my divorce, besides healing my bruised heart, was to discover God’s purpose for my life and my unwanted divorce. After attending a Bible study that spoke about divine destiny, I knew that God had a magnificent plan in mind.

In the years since my divorce, I’ve been walking the path God has laid before me. I knew He wanted me to write a book to encourage Christian women through divorce. I’ve done that. I know He has plans for me to be a public speaker. (I know this because that would not be something I’d plan for myself.) As I walk that path, I practice speaking where the Holy Spirit leads me to speak. And each day God has me here on earth, I seek where and what He wants me to do next.

This is my divine destiny and any future spouse will have to accept this part of me. That’s a tall request for some men, especially if they have their own ministry plans. If this means that I have to stay single to continue my ministry and purpose, that’s what I’ll do. I would never want a spouse to be a detour in God’s plan for my life.

"I know there will be no perfect time to date and remarry."

Ultimately, I want to make sure I’m in the right emotional and physical place in my life before seeking to share it with another person. I only want to add to my life and purpose, rather than detract from it. And I want to be confident that I’m not carrying extra baggage or unnecessary drama into a new relationship.

I know there will be no perfect time to date and remarry. I just want to make sure it’s not the wrong time for me, my child, and for my life’s purpose.

Jen Grice is a Christian Divorce Mentor and Empowerment Coach, author of the book, You Can Survive Divorce: Hope, Healing, and Encouragement for Your Journey, a speaker, and a single homeschooling mom. She writes full-time at JenGrice.com and empowers women to survive and heal after their unwanted divorce on her YouTube channel as well. Jen believes that through God's healing, grace, and redemption that all Christian women can survive... and even thrive, after divorce. Navigating this foreign territory we call divorce? Feeling alone? Start here! 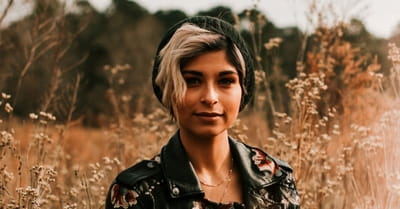 NEXT: 10 Ways to (Lovingly) Speak the Truth in Someone’s Life

10 Ways to (Lovingly) Speak the Truth in Someone’s Life