3 Promises to Help You Fight Fear

3 Promises to Help You Fight Fear

When you and I are feeling fearful, we need the promises of Scripture in our minds and on our tongues. Not sure what God's promises to you are when you are facing fear? Here are three I cling to when fear tries to grip my heart.

When you and I are afraid, we desperately need our Bibles. We fight the good fight with “the sword of the Spirit, which is the word of God” (Eph. 6:17). We reorient our minds and hearts around God’s character and his promises––we seek to fear the Lord––and in doing so, our fears will be increasingly put in their place as God, by his Spirit, gives us the power and perspective to fight our fears.

So, what are some of God’s promises we can wield when we’re struggling with fear?

Promise #1: God Is in Control

If given the choice to be in control or not in control, I choose the former. Who likes the feeling of circumstances spinning ad hoc? Not me. Not us. We much prefer knowing the future and handling the present. Yet, in our good desire for order, we believe the serpent’s original lie that we can be like God (Gen. 3:5). We place ourselves upon the throne of the only sovereign Lord and attempt to assume his command.

The problem with this is that we are terribly inadequate for the task. Only God is God. We fear what we can’t control because we’ve tried to control it, but simply can’t because we aren’t God.

This promise in Isaiah 46 remedies our rebellion and realigns our allegiance. Throughout the book of Isaiah, God’s boundless wisdom and endless power are displayed as he unveils to his people his sovereign plan to save them, both historically from Babylonian captivity and eternally from the captivity of sin. So Jesus Christ came and lived and died and rose again according to the “definite plan and foreknowledge of God” (Acts 2:23).

Because Jesus is Lord, we don’t have to be. Because Christ is on his throne, ruling all things with perfect wisdom and power, we are freed from the crushing pressure and fearfulness of trying to rule ourselves, other people, and circumstances. As we learn of Jesus as our Savior and our Lord––that he’s in control and that he’s good––we will learn to trust and obey him in the circumstances that expose how out of control we are.

Oh, taste and see that the Lord is good!... The young lions suffer want and hunger; but those who seek the Lord lack no good thing. (Psalm 34:8,10)

King David authored this psalm. It’s all about God’s goodness, and its carefully crafted acrostic style displays the expanse of this goodness, as David takes us through the Hebrew alphabet––sort of an “A to Z” of the benevolent nature of our God. No doubt, David wrestled with the goodness of God; we have proof of this in many of his psalms (see Psalms 68-70). But when the trials hit and the shadow of death enveloped him, David relied on what he knew, without a doubt, to be absolutely and always true: God is good.

Don’t you want such confidence?

When our worst fears come to pass (or we’re afraid of them happening), our trust in God’s goodness will deepen as we “taste and see” Jesus’ fellowship with us in suffering: his agony that produced bloody sweat as he anticipated his worst fear––drinking the cup of God’s wrath on the cross––and that fear coming to pass as he became sin for us, tasting death in our place. Our trust in God’s goodness will also deepen as we taste and see the power of Jesus’ resurrection as he overcame death, that we might never taste death ourselves, but dwell in his saving love and eternal life.

When we see how God is for us, not against us, we’ll view our circumstances through this lens and grow in fighting our fears with the reality of his goodness.

Promise #3: God Has Accepted You

And to the one who does not work but believes in him who justifies the ungodly, his faith is counted as righteousness. (Romans 4:5)

If I asked you to remember a time when you failed, you’d probably not have to think too long or hard about it. Avoiding failure is like trying to evade death––impossible, regardless of how hard we strive against it. We’re terrified of failure, of appearing weak or insufficient before God and other people, and this fear can produce exhaustion on the one end or paralyzation on the other.

Yet, God gives us a magnificent promise in Romans 4:5: “[He will justify] the ungodly” who believe in him by faith in Christ. Justification means, astonishingly, that it’s “just as if we had never sinned.” Jesus, the God-man and the epitome of godliness, did what ungodly and forgetful sinners could never do: He took our place upon the tree, since we, in our ungodliness, could never earn God’s acceptance, and since God, in his righteousness, could never justly sweep our sins under the rug. On the cross, Jesus became sin––he became our unacceptability before God––so we might become his righteousness––so we might be accepted by God.

When you’re struggling with the fear of failure, remember God’s promise: He has accepted you––justified you––in his Son. You can be sure that if he starts a good work within you, he will finish it. And you can rejoice and persevere even when you fail since your hope isn’t in yourself, but in God who gets glory as you learn to trust and fear him.

Fighting fear isn’t a one-and-done event, but a continual posture and practice before God, who is worthy to be feared. It’s like muscle memory––the more you fight, the more you will fight. Just like a piano player rehearses her music until she memorizes the sequence of notes and the song is second-nature to her; and just like a track athlete trains his muscles through repetitive workouts, so we learn to fight our fears by continually coming back to Jesus and to his Word of truth.

Portions of this article were taken from the book Fight Your Fears: Trusting the Character and Promises of God When You Are Afraid.

Kristen Wetherell is the author of Fight Your Fears: Trusting the Character and Promises of God When You Are Afraid and the co-author of the award-winning book Hope When It Hurts. She writes regularly for digital publications and enjoys teaching the Bible to women at retreats, events, and conferences. She and her husband, Brad, are members of The Orchard and parents to Joanna. Read Kristen’s writing at her website and connect with her on Twitter, Facebook, and Instagram. 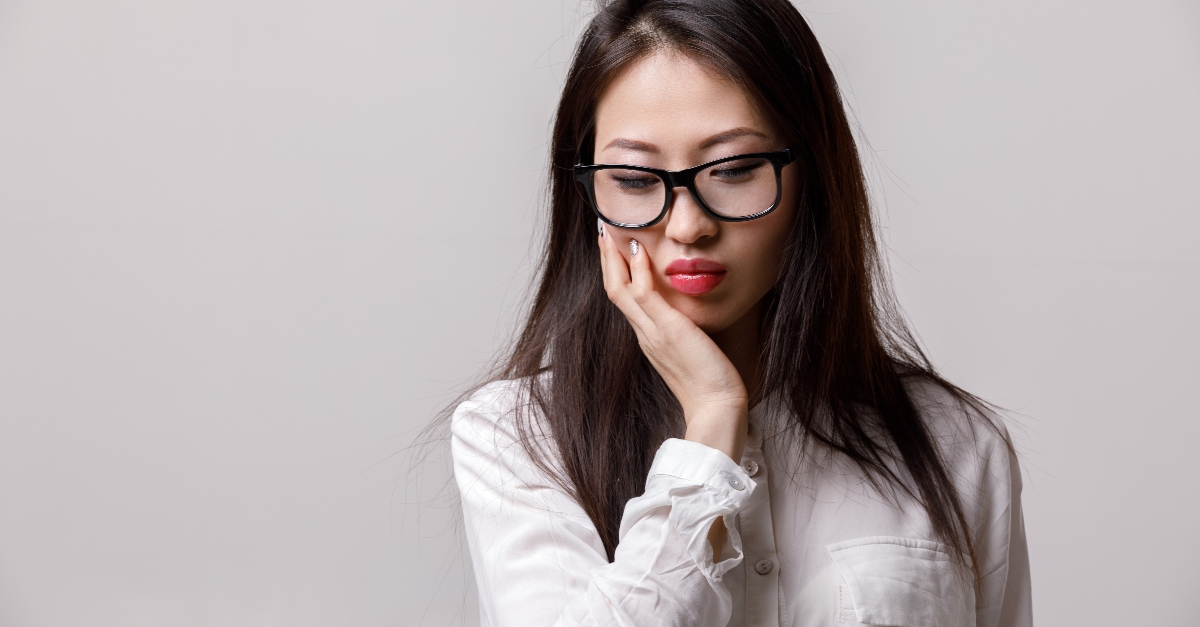 NEXT: Is Fear Keeping You from Trusting God?

5 Uplifting Family Prayers for Each Day of Holy Week
10 Scriptures to Give Peace to Coronavirus Fears
A Prayer for Those Facing Job Loss: Hope for Uncertain Times
An Inspirational Reading Plan to Refocus on Holy Week during COVID-19

Is Fear Keeping You from Trusting God?

The Importance of Prayer and Fasting in a Crisis
Meg Bucher