Living With An Identity Crisis 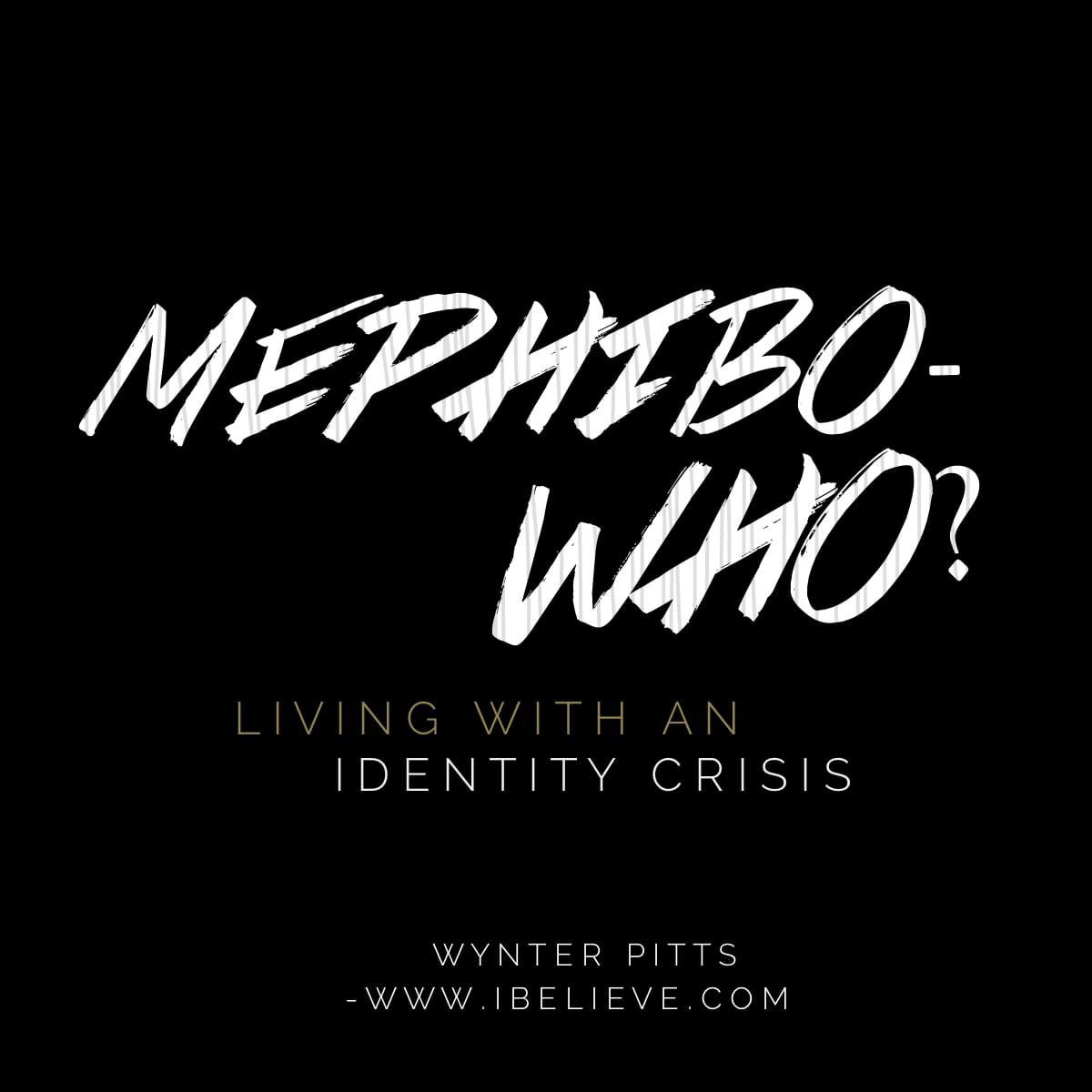 Tucked away in the pages of Second Samuel, there are a few brief mentions of a man named Mephibosheth. If you read too quickly you just may miss the significant and resounding truth that lives in the details of his story, a truth that at one point or another we have all struggled to believe.

It was a few weeks ago that I was preparing to speak about “identity” to a group of teenage girls when I found myself face to face with Mephibosheth, a man with an identity crisis. He did not know who he was—better yet, he did not understand the truth of whose he was.

Second Samuel chapter 4 tells us that Mephibosheth was royalty and the son of a prince. Yet, his daily existence was not one of privilege or excitement. Instead he lived crippled, damaged and full of fear.

Mephibosheth had a tragic history. His father and grandfather were killed in battle. In an effort to protect him from the same enemies that had killed his father Jonathan and his grandfather King Saul, Mephibosheth’s nurse ran away with him. At a point on the journey, little Mephibosheth was dropped and crippled for life.

Before he knew it, his circumstances, location and environment began to define who he was. He set his expectations according to this new identity and consequently lived a life that was not fit for royalty.

In Second Samuel 9 Mephibosheth shows up again. He was a little older and I would assume quite settled into life when out of the blue King David sent for him. King David was a close friend to Jonathan, Mephibosheth’s father, and wanted to give him the life he deserved…because of who his father was.

Second Samuel 9:8 tells us that Mephibosheth was clueless. He bowed down and said, “What is your servant that you take an interest in a dead dog like me?”—He had no idea of His true value!

I don't know about you, but I immediately connected with this damaged man and the lie he was living. Often times I let my current situation, my circumstances, my actions and choices (past and present), determine my identity and how I expect to be treated.

The simple truth is this, who we are really are has nothing to do with us.

Mephibosheth’s value did not come from anything he had done, not what he looked like, not how smart he was and not even from what other’s said about him—his life was valuable and he was worth something because of who his father was. He was royalty.

Friends, in this same way, your value and your worth does not have anything to do with who you are, what you can do, how you look, how you dress, how many likes you get or how many followers you have. Your value comes from who your Father is. You are royalty, even when your circumstances say something different.

I am grateful for a Father that calls us out of our fearful and damaged places and into the life He intended for us to live.

I challenge you to find out the truth about who you are by getting to know whose you are!