How to guarantee you’ll never feel like a failure 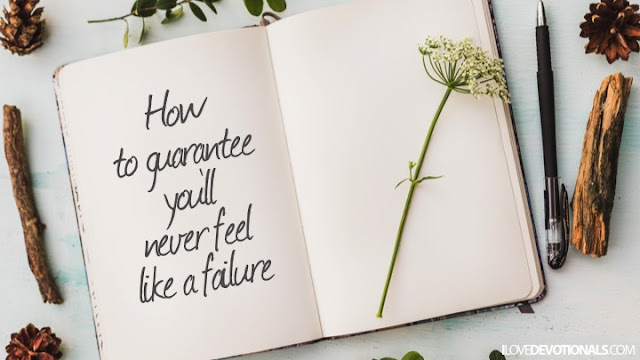 Pay careful attention to your own work,

for then you will get the satisfaction of a job well done,

and you won’t need to compare yourself to anyone else.

I’ve been running for about 3 years now. I have never called myself a runner though.

In my mind runners are fast. They move gracefully past me at races. Their shoes and running clothes are coordinated and they don’t have to be ashamed of their running times.

I don’t do any of those things. I’m in the back 10% of the pack and frequently have people walk past me.

At races I often speak to myself, “Don’t worry that you’re at the back you’re running a race in a town that hosts IronMan. All these people can run a 10km after swim and a run. Relax. Just put one foot in front of the other.”

While that self-talk might be true it doesn’t do much to stop me feeling like a failure.

Recently, I posted a pic of my running shoes on Instagram. My original plan had been to post a picture of my distance and pace too. However when the time came I chickened out. I didn’t do it because my 5k time was slow and I felt like a failure.  I worried about what others would think of me.

You see I know a lot of people who follow me on social media run. And I’ve run with some of them or seen them post about their running and they run farther and faster than me. When I compare myself to them I feel like a failure.

I've been so worried about being compared to others and not measuring up that I almost injured myself.

I'm following a half-marathon running programme that includes pacing based on my current 10k race times. I started off running 12% faster than their guidelines. The first few pace guidelines were slow enough to walk the distance in the time. I didn't want someone to see me running the slow pace they suggested and think, 'Wow, she's a slow runner.'

Instead what happened is I ran faster. And I found myself stiff and sore. I could feel my ITB's tightening up. You see, I've done this before; it’s part of my tried and failed to run a 21k story (at least twice). The narrative is the same every time. I run for a few weeks than my ITB's become so sore that even when I'm sitting they ache. When I eventually head to physio they tell me they feel like finely tuned guitar strings ready to snap at any moment. And the physio makes me stop running. After 10 days I can run a few km every other day. And by the time I’m back to running any distance the race I was training for has come and gone.

This time I set out to do things differently. I have a plan that allows to progress at a healthy pace. I have stretches that I do after my runs. I have a foam roller. I warm up and cool down.

But then comparison came and made me feel like a failure.

And I threw all the things out that I knew were good for me out to prove to people (most of whom I don’t even know) that I’m as good as they are.

You know what I'm talking about; comparison is that insane feeling that you need to keep up with the Jones’. Even if the Jones’ happen to be Olympic Marathon runners.

Or Bill and Melinda Gates.

Or the girl you knew back in High School.

What I'm learning about comparison is that it hurts me more than it hurts others. << Tweet this

Did it hurt any of you that I didn't post my slow times publicly? No.

Did it hurt me that I ran faster than I should have? Yes.

In fact, it almost stopped me from achieving my goal (again). 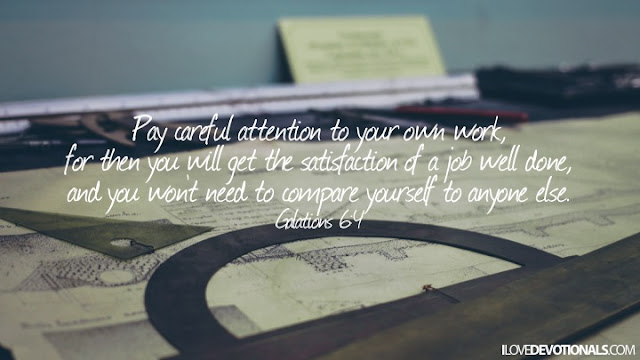 So much of what we post on social media is driven by comparison. I think it's why I curate a perfect looking life rather than the one I actually live. I don't spend every day on the beach. I spend most days in a small, messy office that has what looks like someone dragged a garbage bag through the middle of it – thanks to a teenage Giant Schnauzer having to entertain himself while I work.

We’ve all seen the famous quote by Theodore Roosevelt, “Comparison is the thief of joy,” but it’s true isn’t it?

Comparison is the thief of so much more than just joy in our lives.

If you want to guarantee that you’ll never feel like a failure, you need to stop comparing your achievements to others. << Tweet this

After my ITB’s almost gave in on me, I slowed down. I started following the guide paces even if they felt too slow. Do you know what? I’ve enjoyed running way more since then. I haven’t been in pain and I am getting faster.

I’m feeling (dare I write it?) like a runner. 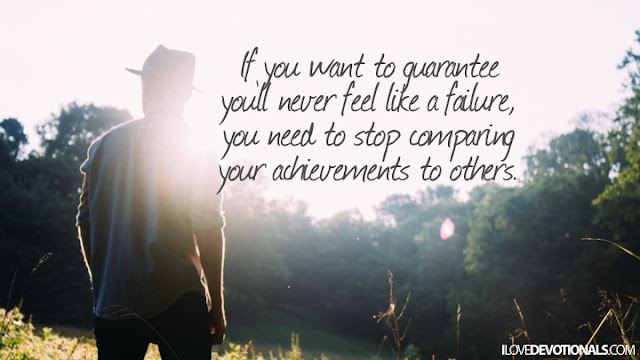 Welcome to I Love Devotionals. I’m glad you’re here! If you would like to receive my posts about living life well (not perfectly, just well), you can sign up here for updates.