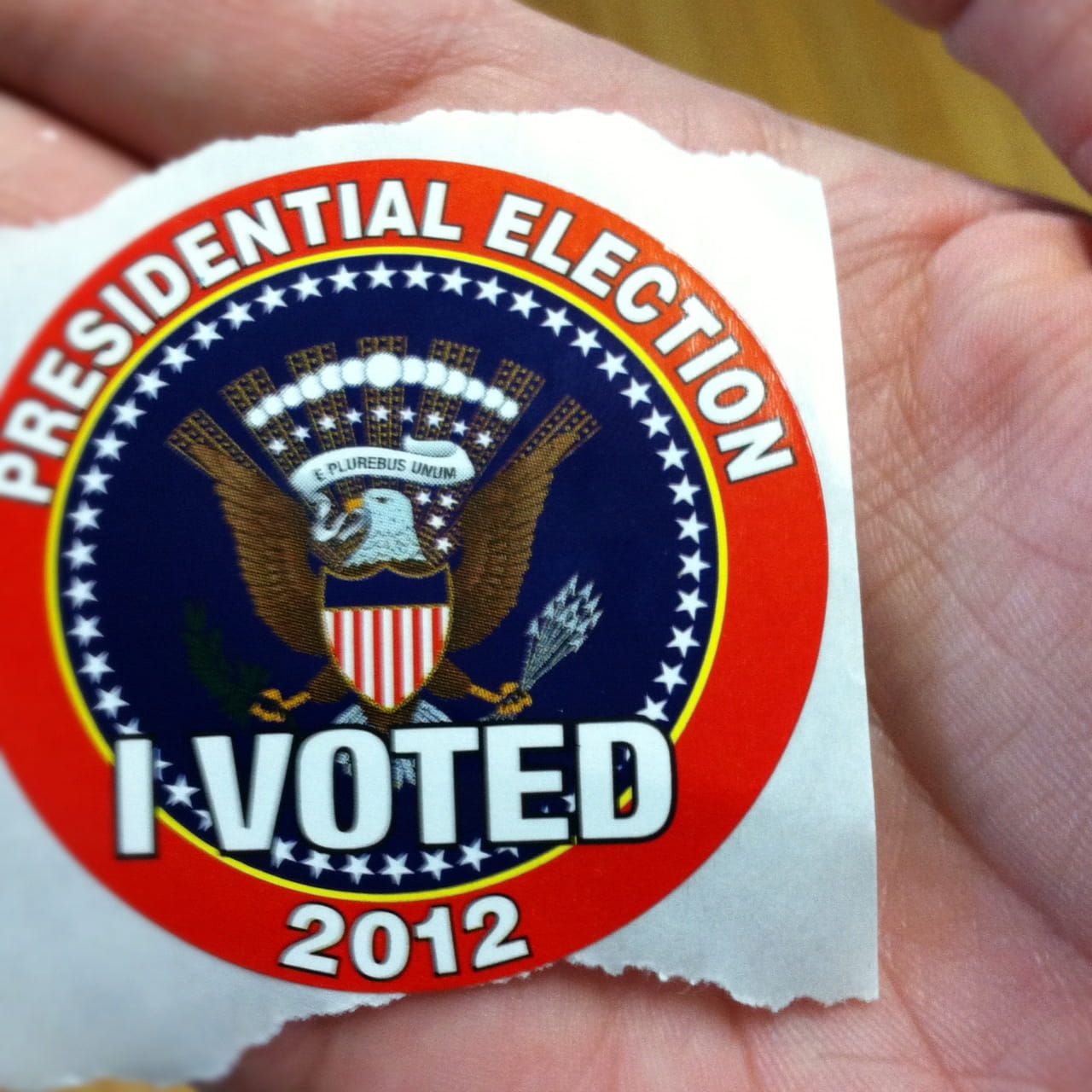 I have a confession: I’ve only voted a couple of times in my entire adult life.  I’m not sure what my problem was those first two election cycles.  Maybe I was too busy “studying” at the library with that cute senior business major.  Maybe I was too wrapped up in arriving to work on time for that sales meeting.  Or maybe I didn’t think my vote counted or even, mattered, as a young adult not wise to the political world.

By the time the next election cycle came around something changed in me.  It had nothing to do with my new obsession with the Fox News Channel, but rather the realization that it was my duty as a young Christian woman to vote and take a stand for the values clearly stated in the Bible. I had a new mission as I stepped into the voting booth and checked the box of those politicians who --while not perfect-- would stand for those very values.  My voice would be heard.

Many Christians don’t want to step in the middle of politics and get themselves dirty with the mud slinging and endless stump speeches, and I perfectly understand that.  But, how can we be a light to the dark world around us if we ignore one of the most important aspects of our culture – that of politics? {See Matthew 5:14-16}

Below is by no means a comprehensive list of political issues, but I believe they are among the most important that Christians should take note of as they vote.  I encourage you to take a look, assess the stance of the politicians, and think about how your voice can be heard and your light can shine as you step into the voting booth on November 6th.  This is not about Republic vs. Democrat, but it’s about decisions made that are based on the solid Word of God, which knows no political party.

~Standing up for unborn children

God loves every bit of his creation.  Psalm 139:13-14 says that He knew us before we were even born.  In His eyes, we are fearfully and wonderfully made.

~ Standing up for the Biblical view of marriage: one man and one woman

Chapter 2 of Genesis tells of the beautiful creation of marriage as God united man and woman in Eden.

~ Standing up for the poor

Matthew 25:37-40 says that when we meet the needs of the poor, feed the hungry and care for the down trodden, we are actually doing those things for Jesus!

~A Government that allows people to use their money as they choose rather than over taxing and therefore placing a burden on us all. There is a place for Government and taxes, yet when it over burdens the people, success in our economy is greatly hampered.

Rather than looking at Government ordering the rich (anyone with money!) to give their "fair share" to help the overall economy and the poor, what would happen if we had more money in our pockets to give to charitable organizations which are more effective in their mission? The CHURCH must step up to help the poor. You and I must step up to give our time and money to the poor WITH OUT the Government directing our actions.

My list could go on and on and on. These are my opinions based on Biblical values.

No matter how frustrated you might be with the economy, the lack of jobs available or the fact that you don’t feel accurately represented in Washington, it is still our duty as Christians to get out and vote.

No one politician will change the world. NO PRESIDENT will be our Messiah. As Christians our trust is in the ONE true Messiah-Jesus! But, if every Christian got up off the couch and let their light shine on November 6th, what an awesome illumination would occur amidst this dark time in America.

Biblical Truth to think about:

"You are the light of the world. A city on a hill cannot be hidden. Neither do people light a lamp and put it under a bowl. Instead they put it on its stand, and it gives light to everyone in the house. In the same way, let your light shine before men, that they may see your good deeds and praise your Father in heaven.” Matthew 5:14-16

FRC Action (link: http://www.frcaction.org/) A values voter guide based on the truths of the Bible.

Check out this VERY INTERESTING video sermon from Dr. David Jeremiah about the importance of this election. http://www.frcaction.org/votertools

Sarah Martin is a self admitted political junky who falls asleep at night with the Fox News Channel on the television for “white noise.” To read more from Sarah, go to her personal blog LIVE IT OUT! www.liveitoutblog.com