Claiming Freedom when the Trap is Set (summer post) 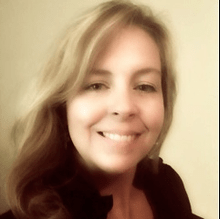 He’s actually on
our dock right now. I’m on vacation and experiencing the Iguana Invasion of The Florida Keys. But nothing could stop me from connecting with you!

We met this big, large-and-in-charge guy last year during our stay. This year, my son brought his live trap, hoping to capture this lizard we’ve named Charlie, to get an even closer look at him! It’s our fourth night here and no luck yet.

I’m wondering if Charlie will be able to resist the trap for much longer. He comes very close to taking the bait. I think it’s just a matter of finding his weakness. Is it mullet? Is it crab? Is it a piece of leftover, fried snapper?  We’re studying him and learning just what might prove successful. It’s a lot of trial and error and has become a game of sorts. I suppose if I were Charlie it’d be chocolate-covered popcorn that would sucker me in.

What would lure you back again and again…

and maybe even ensnare you?

Chocolate-covered popcorn your weakness, too?

Or is your weakness…

While it’s true that I’m a sucker for sweet-and-salty in the form of crunchy goodness, I do have some serious weaknesses that the enemy uses to entice me to put myself first–to cause me get my eyes off of God, to unravel, and maybe even to “pitch a lil’ fit,” as we say here in the South. (I’ve not been the most patient on this trip, friend, I’m embarrassed to admit. Smutty Face has definitely been working on my weaknesses–setting traps loaded with temptation that’ll lead to my frustration and reveal my life-long struggle with patience.) He’s been baiting the trap with little inconveniences that may cause me to lose my cool.

When that happens, well, there goes my peace and joy, and I’m consumed with thoughts of self, and I’m more difficult to get along with…the results the enemy was striving to achieve!

What’s the enemy baiting the trap with today that’s going to play on your weakness?  What will he dangle in front of you to get your eyes off of God, to distract you, to frustrate you, to entice you, to lead you astray?

Don’t underestimate our clever opponent, the great deceiver, friend. He’s studied each of us and knows our every weakness–and is always upping the stakes in the game. He’s patient and doesn’t mind the extra effort of trial and error to ensure his win.

BUT DON’T BE AFRAID

James 4:7 tells us to …submit to [the authority of] God. Resist the devil [stand firm against him] and he will flee from you.

During this 4th of July holiday, as we reflect on our independence and celebrate the freedoms we have as a nation, let’s remember the freedom we’ve been gifted because of what Christ did for us on The Cross. We are made free in Him, friend.

Now the Lord is the Spirit, and where the Spirit of the Lord is, there is liberty [emancipation from bondage, true freedom].

in case you need reminding: YOU are a friend of the King! That’s your title!

And anyone with that title behind her name surely has the power to resist the strategic snares of the enemy and exercise freedom. Stand up and fight alongside your friend, The King of Independence, and claim your liberty from guilt, sin, and condemnation!

May we diligently keep Him the center of everything today that we may resist the temptations that are put in front of us.

No temptation has overtaken you except such as is common to man; but God is faithful, who will not allow you to be tempted beyond what you are able, but with the temptation will also make the way of escape, that you may be able to bear it. 1 Corinthians 10:13

Thanks for letting me come into your life today, friend. Before we part, I just want to remind you that no matter what this world would have you believe, YOU are HIS masterfully-crafted love incarnate. And nothing can change that.

3 Ways to Stop Imagining the Worst This Year
The Importance of Gathering as a Congregation
3 Truths We Learn from Lysa TerKeurst’s Heartbreaking Divorce
3 Churchy Sayings for Women That Need to Go
Self-Care: Selfish Habit or Holy Endeavor?
10 Ways Trusting God Changes Your Life