Put Down the Watch, Regain Your Trust 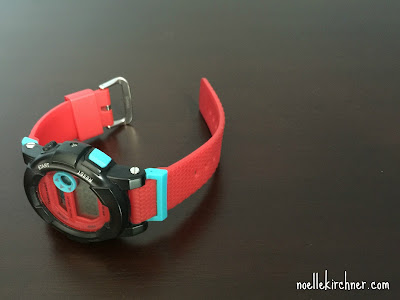 Last month, our seven-year-old bought his first watch. It was thrilling as a parent to see this milestone...until it wasn't.

Initially, he was so proud that he could tell time, and I was happy to see him grow in this new responsibility. He was mesmerized by the watch's features, like how it lit up in the dark and how he could operate its alarm and timer. His giddiness took me back to my first Timex Indiglo watch and how much I loved it.

Soon the problems started creeping in, however. He mistakenly set the alarm for 2 am and woke his brother, who was sharing a bed with him on vacation. He started coming down in the morning groggy because he had been up late looking at baseball cards with his watch light.

Most unfortunately, in his enthusiasm to keep track of time, he began to worry about it. He was constantly concerned about being punctual, and our family generally runs on time. He was preoccupied, asking scheduling questions rather than fulfilling his present responsibilities.

When our schedule for the next day was in flux, I would say, "Honey, Mom and Dad are still thinking through the schedule. We'll make sure you get up at the right time." But my already early-riser would bolt out of bed extra early the next day. I wanted him to trust me, but that trust conflicted with his new sense of control.

I could feel God nudging me as I stood reassuring my son one day. How many times have I been frustrated when I didn't understand God's timetable? How often do I want the things that I can control to bleed over into the things I cannot? Am I always willing to surrender that same kind of trust to God that I am asking my son to do for me?

I also felt the ache of a parent who's conflicted. Just as I wanted my child to develop, I also wanted him to know rest. I wanted him to know the rest that can come from trusting a parent who has loved him since before he was even born - a parent who only wants what's best for him. That's a promise he could always depend on, even when he was frustrated or didn't understand. This gave me a valuable glimpse into God's very heart.

My husband and I decided to start taking away our son's watch at night. We explained that it was still his watch, but that most people do not sleep in theirs. There is a time to focus on our schedule, and there is a time to relax and trust. Somehow, things slowly went back to normal.

Yet the incident makes me wonder: Have you put your watch on the shelf recently? Are you content trusting God's timing around something you might really, really want? Scripture reassures us, "The Lord is good to those who wait for him, to the person who seeks him. It is good that he waits silently for the salvation of the Lord" (Lamentations 3:25-6). True rest, my friends, awaits.

Are you waiting? Here is an article you might appreciate too: 5 Reasons God Makes Us Wait from Relevant Magazine.

I recently attended the Festival of Faith and Writing in Grand Rapids, MI. I had an amazing time! I highly recommend the conference if you are pursuing faith-based writing. Check out my Twitter feed for highlights! Here I am at the festival with two fellow bloggers from iBelieve.com, Kate Motaung and Bronwyn Lea: 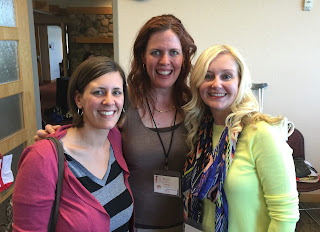 to the mystery, you have something to sing
Jennifer Camp