When You Need Fixin' Like A Torn Rag Doll

I'm sharing some important words with you today from Jennifer Watson:

My daughter came to me wearing a frown as she carried her favorite stuffed animal, Chickie. When you love something hard it’s bound to tear, sometimes in the same place where the first wound originated. Chickie has required multiple surgeries; I have had a few of them too. What I have been through physically is nothing compared to what others have faced.

I started writing seriously eight years ago, before then I was just playing. Prayer journals and angry poetry placed at my bedside as I dealt with miscarriages, surgeries, and tests that hurt so badly that I would fold in the elevator only to stand when the door opened.

I never wanted anyone to see me folded, weak, and messy.

Seven years ago I was recovering from an emergency surgery. I had two weeks to prepare beforehand and I was trying my best to figure out another option other than what my doctor strongly suggested.

“It’s now or later…how long do you want to suffer? I would never recommend this surgery to a thirty-one-year-old unless it was needed.” I nodded; still scared to death as he set the date and I emotionally ran away.

With several staged interventions of loved ones and friends, I folded again and surrendered to the cutting of surgery and process of healing afterwards. But, I wasn’t ready for the fear that was surfacing and the nightmares that happened as I drifted off to sleep. This peaceful sleeper began to fight and scream with terrors. My husband would rush to my side and one time had to physically pick me up and put me back in the bed. We were both terrified and knew this was not normal for me. I was running scared even in my sleep.

I was a rag doll who needed to be fixed with torn places no one could see, both on my heart and in body. 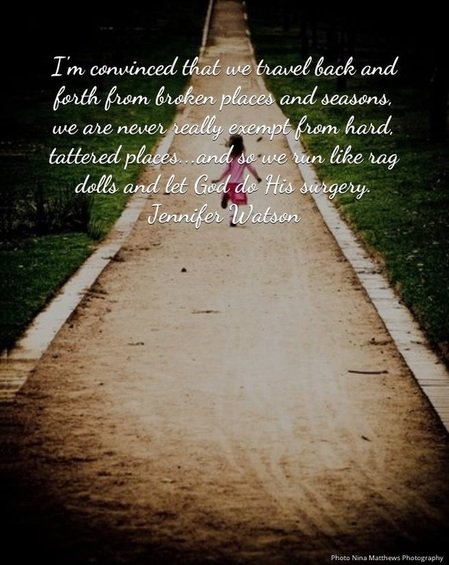 I’ve always been the girl who never liked to slow down, especially if it was forced. Yet being forced to slow down was the best thing for my health and my heart. Now I make rest and taking care of myself a priority. I stopped running.

I asked those really hard questions like, Where was God in that broken moment when _____________ happened?

It seems like there has to be a good reason for running and hiding and pauses for healing, both physically and spiritually. And so I did all of that really well and gave myself room to go retrace broken places in my past. I kept a few people at arms length until I healed. I gave myself permission to not be okay until one day I really was okay and better than ever.

I can tell you with confidence that God can heal your broken past and gives you a stronger, clearer voice with beautiful things to say if you let Him. Our messy moments can give way to the miraculous.

God can mend broken homes and hearts. And sometimes He gives you an open door and a trusted friend to wrap their arms around you and help you cry a little, or a lot, before you lace up your running shoes. One day the running stops and the messy and the beautiful merge together like they actually fit because you are free. Not perfect. Not free from battle wounds, but in a place where mending begins. 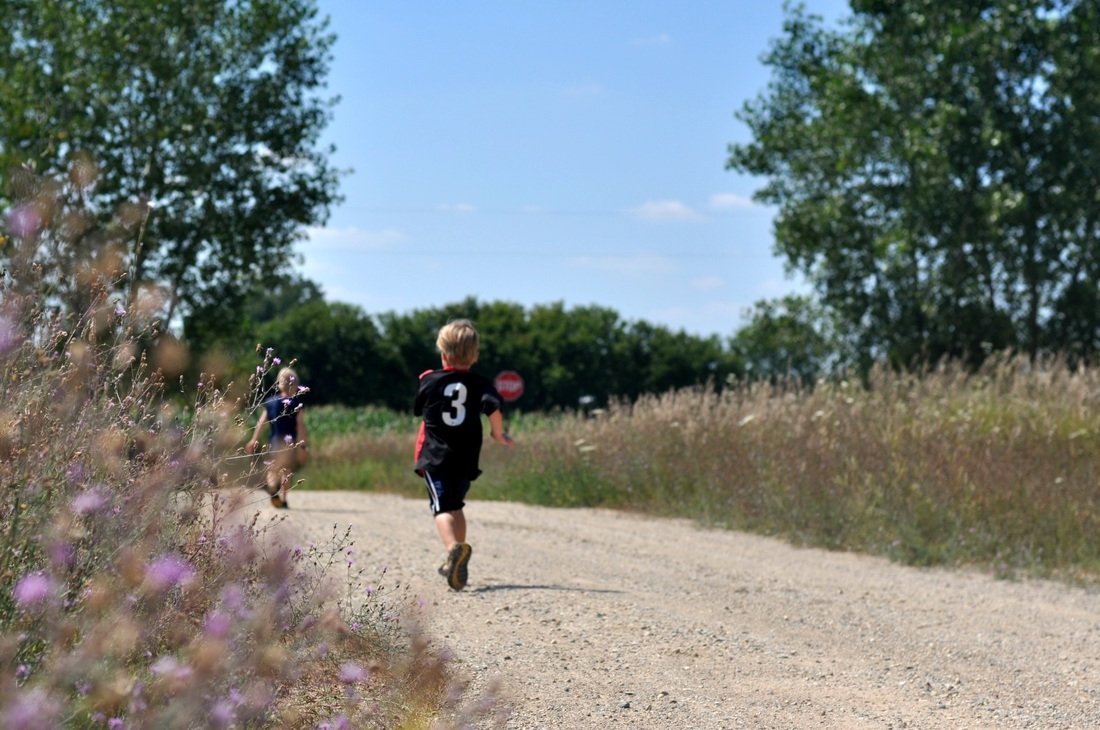 “He heals the brokenhearted and binds up their wounds” (Psalm 147:3, NIV).

God is big enough to handle your pain.

Ask those hard questions and let God mend your torn places. I’m convinced that we travel back and forth from broken places and seasons, we are never really exempt from hard, tattered places…and so we run like rag dolls and let God do His surgery. We let Him unfold our fetal position posture and we stand stronger and there we find Him waiting with healing in His wings.

“The LORD is close to the brokenhearted and saves those who are crushed in spirit” (Psalm 34:18, NIV).

Holding on to Him,
Jennifer

Jennifer Watson is a minister’s wife; mother of two, writer and speaker who believes normal is vastly overrated. Jennifer co-founded Broken Girl Ministries in 2011 based on the knowledge that she was a recovering broken girl who still needed to deal with her junk.