Questions Christians Should Be Asking about Racism 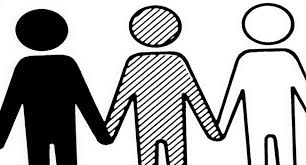 On Sunday morning, July 17, 2016 at approximately 8:30am, six officers were shot in the middle of Baton Rouge, Louisiana. It was a devastating day for our community, to say the least. The event, in part, was the climax of long-standing racial tension that has existed in the community, in the state, and in the country, for the preceding many months, and even years. I’ve struggled to make sense of it all, like most, and what my role is in helping our community heal. The event brought to mind much of my past experience.

As a young, single mom, I had two biracial children -- half African American, half Caucasian. As the daughter of a Baptist deacon and a Christian woman who accepted Jesus at nine years old, I wrestled with the shame of having two children outside of marriage for years. The struggle was compounded, after I gave birth, as I experienced the ugly face of racism, more pointed and blatant than I had ever seen before. Through the years that followed, I was fired from jobs, called horrific names, shunned in social settings, and spat upon, as a result of the color of my children’s skin. I have been asked to leave restaurants and shopping centers and gossiped about more than I care to know. But perhaps the most painful part of the journey was my struggle to find a church home and the conversations I had with Christians regarding race. I fell away from church for many years. The desperation of hoping that maybe a local church could help me and the result of extreme loneliness led me to search for a new church family. Much to my chagrin, I could not find an integrated church. And although I eventually did find a church home, I always yearned for my children to have a place where they could see people who worshiped the Lord who looked just like them.

My first-born is now 21 years old and the struggle to find him a place to fit in has long been gone. Years ago, we relocated to another city and my children were raised in a multi-ethnic church with friends of all races. But the recent events in our nation have left me pondering ways to eradicate racism entirely and my role in that journey. I don’t have the answers to the racial tensions of this world, and there are others who are far more eloquent and offer greater expertise in this area, but as a Christian woman, I want to implore the body of Christ to be involved in this effort. It doesn’t always mean taking a microphone or publicly beating your chest in indignation. Your role could  be in changing what you say and do. Policy change and political activism are fine, but I truly believe that real change - long-standing, meaningful change - starts long before an incident or a tragedy or a summit or a town hall or a ratification of law. It starts in the hearts of you and me. And it starts by asking yourself some deep questions.

Why should I care about this issue? Maybe you haven’t experienced racism, you don’t have biracial children, and there hasn’t been civil unrest in your community regarding racism. You may be wondering why you should even care about this issue. We should care, but Christ didn’t die for only one race or ethnicity. Heaven won’t be divided into the “black” neighborhood and the “white” one.

Do I have friends that look different from me? Now, the term friends is not referencing the neighbor you wave to down the street and see a few times a year. It isn’t referencing a co-worker you see throughout the week. Friendship is more intimate than that. Friends are those you do life with, eat with, fellowship, and vacation with. Who are those people in your life? Do they all look like you?

Have I taught my children the value of befriending a variety of races and ethnicities? Children often emulate what we do, so this goes back to the previous point. But I know that we talk so often in our churches about “the next generation”. The more we instill the importance of diversity into our children’s lives, the more long-term impact in our communities I am convinced we’ll see.

Do I refer to other people groups as “they” or “them”? I have had conversations with many people that were making racist remarks and had no idea they were doing so. Referring to others as they is a prime example. But there are others. Do you unnecessarily use race as a descriptor

Have I made an effort to explore the cultural differences of those who are different from me? Racism is rooted in ignorance. We fear what we don’t understand. We react based on fear. It evolves into a huge problem. We simply don’t know or understand why people don’t do things the way we do. Take the time and make the effort to learn about other cultures and customs. Also, make the effort to not place a stereotype on any group, based on one experience or incident. How unfair to others when we do such a thing!

Above all, love each other deeply, because love covers over a multitude of sins. 1 Peter 4:8

And now these three remain: faith, hope and love. But the greatest of these is love. 1 Corin. 13:13

There is neither Jew nor Gentile, neither slave nor free, nor is there male and female, for you are all one in Christ Jesus. Gal. 3:28

Jennifer Maggio is a national author and speaker who is also a wife, mother, and founder of The Life of a Single Mom Ministries. She has been featured in hundreds of media venues, including The New York Times, The 700 Club, Power Women, Daystar Television, and others. She has a passion to see the women of God live free and impactful lives. For more information, visit www.thelifeofasinglemom.com.

what home means now: new definitions to consider during the outbreak of covid-19
Jennifer Camp

Flourish in the Unexpected
Lisa Appelo