For Those of Us Addicted to Ambition 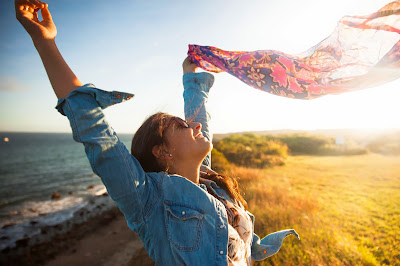 Well, friends. December has crept into our calendars just like scarves and coats have found their way into our wardrobes.

Where did the month of November go?

I woke up the day after finishing a 50,000-word manuscript in 30 days, and didn't really know what to do. There was a certain emptiness hanging over me. And I kind of forgot how to have a morning routine without trying to crank out 1667 words each day.

I sort of just started stumbling around having a strong hankering for coffee and a vague longing to open myself up to a new, fictional world that was all within my control.

Then I realized that I had replaced prayer time with manuscript-writing.

It happened gradually. I kept telling myself that I'd do it later. Then it just fell off the precipice of my "to-do" list. Almost choosing to quit me before I could rightfully fire it.

But now Advent is here, and I'm grateful. Because it's time to make space with a habit that was easy to procrastinate.

Ambition to finish that story replaced my spiritual life.  I was addicted to controlling a story. Controlling characters, exposition, grammar, syntax, page margins, words. I had power, hunched over my laptop like some sort of cartoon-villain plotting to rule the world.

I finished a story. I freaked out my new roommate (who witnessed me writing with the hood of my sweatshirt tied so tightly around my face that only my eyes were exposed more times than any sane person should). Had a friendly competition with a writing buddy and became quite addicted to Red Bull and pull-and-peel Twizzlers.

All for the low, low cost of becoming a stranger to my Savior. 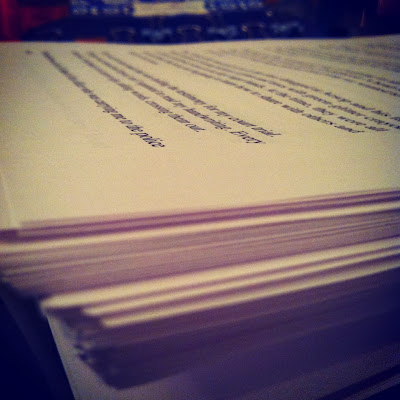 You take a step back and realize that you're not as firmly planted as you think you are. Your friends are pairing off, two by two, marching down the aisles of churches and grocery stores. Walking hand in hand through honeymoons and delivery rooms.

And all you ever do is march with fire in your hands. The flames that beg you to reach higher and higher.

And before you know it, you've foregone all you know is right and well. You tell yourself that you'll read your Bible tomorrow. And that you don't owe your friends or coworkers anything. That it's time to pursue your big girl calling.

You make all of these decisions without spending a flash in prayer.

Calling, perhaps, isn't something that you can ever step into and start. Or really even fight for. Maybe if we have a calling, a true force or formula for how we should be using our gifts and skills, we're already living it out.

Maybe being a follower of Christ is more than enough.

P.S. There are going to be a few changes around the MWWF blog very shortly. Stay tuned for details, because there is exciting news underway!