Coming to Serve: Remembering His Service in our Celebrations
Tweet

Coming to Serve: Remembering His Service in our Celebrations 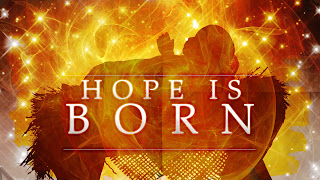 The chastening for our well-being fell upon Him,
And by His scourging we are healed….
Because He poured out Himself to death,
And was numbered with the transgressors;
Yet He Himself bore the sin of many,
And interceded for the transgressors.
Isaiah 53:4-5, 12 NASU


I picked only these two verses from the chapter, but you really should read the whole of Isaiah 53- the chapter often titled “The Suffering Servant”. These verses foretell of Christ’s work in His earthly ministry. I marvel at God’s plan in these verses! From the very beginning God had a plan I would never conjure up in a million years! And to me, it is the wonder in His plan that makes Christmas sparkle with beauty.
God became flesh and dwelled among us, but not in splendor and might. Rather, He came lowly in form (Is. 52:3), acquainted with trouble (v3), served without thanks, and then poured out His life so completely that He allowed the humans He created to kill Him so that He might bear “the sins of many and intercede for transgressors.”
The God of the Universe, the one who designed the curve in your nose and the exact shade of color for your eyes and thought up the almost musical tones that would mingle to form the unique sound of your laughter, said there was no act of service He would not do to love, wash, cleanse and restore you. Nothing. He would go to the ends of the earth and back to demonstrate His love and provide a way for us to be forgiven.
He would be born in a dirty stable because there wasn't room for Him anywhere else. He planned with full purpose and intention to live a life characterized by that stable. A life without one drop of pomp and circumstance, a life of dusty, lonely places, a life of service that went beyond all reasonable expectation. A life that was characterized from the beginning by people around Him who just didn’t seem to have room for Him in their hearts or homes.
Christ's entire mission was service. Dusty, lonely, exhausting, demanding, utterly selfless service. As you go about the holiday rush, consider your savior's example. Ask yourself who you are serving as you dash about the hustle and bustle.
If you are like me, the honest and rather ugly truth is that I start out with sweet intentions to serve. But somewhere along the way, when the tiredness sets in, the ache in my back or the low blood sugar strikes, my attention is redirected from others to ME. And ME shouts inside me and somewhere along the way ME ends up getting tangled in my originally sweet intentioned act of service.
We all know that Christmas isn't about glittering decorations, beautifully wrapped gifts or hostess-with-the-mostess parties. But as we go through this Christmas season, can those around us see the reflection of the stable in our actions and attitudes? May we serve our Lord and those around us this Christmas season even better than we did last year!
For you have been called for this purpose, since Christ also suffered for you, leaving you an example for you to follow in His steps, WHO COMMITTED NO SIN, NOR WAS ANY DECEIT FOUND IN HIS MOUTH; and while being reviled, He did not revile in return; while suffering, He uttered no threats, but kept entrusting Himself to Him who judges righteously; and He Himself bore our sins in His body on the cross, so that we might die to sin and live to righteousness; for by His wounds you were healed. For you were continually straying like sheep, but now you have returned to the Shepherd and Guardian of your souls. 1 Peter 2:21-25 NAS

Sign-up for weekly e-devotionals with marriage builder encouragement, women's & men's devotionals, ministry encouragement and more here. To stay up to date with monthly give-aways and other good stuff, keep in touch with us through facebook, twitter or email!