Bitterness. It is a sin that I've struggled with most of my life. I've been bitter towards people, circumstances, and even God. What's interesting is that when any of those change, my bitterness remains. For example, my mom passed away several years ago, but the unresolved bitterness I had towards her did not. Instead, it remained and in some ways manifested. The same is true with my circumstances. For years I was single and wanted to be married. Now I am married and have two children. However, I still struggle with bitterness towards God that I did not have the blessing of a family earlier.

Bitterness destroys our minds, souls, and bodies. John Ortberg Jr. wrote, "Bitterness is like drinking rat poison and waiting for the rat to die." Eventually, bitterness will kill us either physically - because it can contribute to physical sickness - or spiritually by not allowing us to experience the peace God wants for us.

The most distinct example of bitterness in the Bible is the story of Naomi in the book of Ruth. Naomi's husband and two sons died, and all she had left were her two daughters-in-law, Ruth and Orpah. Naomi told Ruth and Orpah to go back to their homelands while Naomi went back to hers in Judah. Both women refused and said they wanted to stay with Naomi. However, Naomi insisted they go saying, "Things are far more bitter for me than for you, because the Lord himself has raised his fist against me" (Ruth 1:13). Here Naomi shows her bitterness towards her circumstances and towards God.

"The Bible makes clear the signs of bitterness and tells us how to let go of it."

Ruth did end up accompanying Naomi back to Judah while Orpah continued on to her homeland. When Naomi and Ruth arrived in Bethlehem everyone was excited to see them, but Naomi said, "Do not call me Naomi; call me Mara, for the Almighty has dealt very bitterly with me. I went away full, and the Lord has brought me back empty. Why call me Naomi, when the Lord has testified against me and the Almighty has brought calamity upon me?" (Ruth 1:20-21). Naomi's name meant "pleasant" whereas "Mara" meant "bitter."

If you struggle with bitterness like I do and Naomi did, there is hope. The Bible makes clear the signs of bitterness and tells us how to let go of it. "Let all bitterness and wrath and anger and clamor and slander be put away from you, along with all malice. Be kind to one another, tenderhearted, forgiving one another, as God in Christ forgave you" (Ephesians 4:31-32).

Seven Signs that Bitterness is Controlling You:

You have imaginary conversations in your mind with someone.

We're all familiar with the unending chatter, or clamor, that takes place in our minds when we're bitter towards someone. We rehearse what we want to say to them or what we wish we would have said to them. When I'm having imaginary conversations that do not cease, it's a sign that I'm bitter.

You feel the need to slander someone to other people.

Slandering someone who's hurt us makes us feel validated, doesn't it? I can be quick to go to friends and tell them about situations in hopes they'll tell me what I want to hear - that I'm right, that she deserves it, and that they don't blame me. Sometimes we can't get back at the person in a tangible way, so we hurt them indirectly by secretly slandering them. This is a red flag that I'm holding on to bitterness.

You replay a conversation or experience over and over in your mind.

Whether it's a conversation or an experience, you make something that's in the past come into the present every time you replay it in your mind. Jesus came to redeem our pasts, even the parts that are not a result of our sin. However, when we relive them we're not allowing Him to do that. We must do what the Apostle Paul tells us in Philippians 3:13, "Forgetting what is behind and straining toward what is ahead."

You're happy when someone else fails.

If I'm honest, sometimes I get a smirk on my face when someone I'm bitter towards faces some type of hardship. Celebrating other people's misfortune is malice that Paul mentions in Ephesians 4, and it is sinful. Malice shows that we are harboring bitterness in our hearts.

You feel anger every time you hear a particular person's name.

We've probably all experienced our muscles tighten and teeth clench when we hear certain people's names. Although that is expected when we've been hurt in a substantial way, it is a sign that we have not fully forgiven the person.

You don't behave naturally around a person.

When we're bitter towards a person it's hard to behave towards them as we normally would. We're not friendly or don't engage them in conversation. Not only does this let you know that you're bitter, but the other person knows it as well.

The first sign that I'm bitter towards God is when I complain often about my circumstances. 1 Thessalonians 5:18 says, "Give thanks in all circumstances; for this is the will of God in Christ Jesus for you." But what are we supposed to give thanks for? We can give thanks for the truth that God will use the circumstance for good. Nothing is wasted on God. We may not see the good come to fruition in our lifetime, it may be for an eternal good, but we can thank God for using it for His glory in some way.

How to Let Go and Find Healing:

According to Ephesians 4:32, Paul tells us what we can do to let go and find healing from bitterness: "Instead, be kind to each other, tenderhearted, forgiving one another, just as God through Christ has forgiven you."

There's a saying, "fake it until you make it," that is what we need to do to start letting go and healing from bitterness. Being kind is not always easy. But being kind to someone who doesn't deserve it makes the biggest statement for Jesus. The world is used to living by "an eye for an eye", so when we show undeserved kindness we're displaying the grace and mercy of God.

Being tenderhearted means being empathetic, showing compassion and mercy. Changing my thoughts from bitterness to tenderness has had the biggest impact on me as I heal from bitterness against my deceased mother. What has also helped is me now being a mom myself. I'm able to see that my mom did the best she could with what she had available. I'm empathetic towards her past and her struggles. As I raise my own children I know how hard it is to be strong in the midst of personal deficiencies. Practicing tenderheartedness has given me a new perspective and helped me to grow in thankfulness for what I experienced so that I can be the mom my children need. It's also helped me to love my mom in a new way even in her death.

We all deserve bitterness. All of us have hurt people, even if unintentionally, and we've even hurt God. Forgiveness is central to the Gospel of Jesus Christ. Without forgiveness, there would be no salvation. So if Jesus forgave us, shouldn't we forgive other people?

I think we have mistaken forgiveness as a "once and done" act, but typically this is not the case. Forgiveness is more often a process that requires a continual laying down of thoughts and emotions at the Cross. Sometimes we have to forgive again every day and make the repeated declaration, "No, I will not be bitter. I forgive this person."

There are three other suggestions that are not found in Ephesians 4:32, but that might be helpful and I want to add here:

Accept the sovereignty of God.

When we're bitter towards God because of our circumstances, we have to admit that we are questioning His sovereignty. Naomi in the story of Ruth doubted God's sovereignty. She could not understand how taking her husband and sons, and her livelihood could possibly turn out for good. To be honest I don't blame her. That is a lot of heartache to comes to terms with. However, we must work to get to a place where we say "your will be done" (Matthew 6:10). On this earth, we have such a limited view of "the end." We think that our end is the end when it's really just God's story unfolding to show His lavish love on us when the true end comes. We'll look back and understand all He did, and we'll be grateful.

Pray into the circumstance and for the person.

An active way to let go and find healing is to pray into the circumstance, asking God to use it for good and help you to see that, and to pray for the person you're resentful towards. Prayer has a way to soften our hearts and help us be kind, tenderhearted, and forgiving.

Many of us experience horrific circumstances and events in our lives, events that we cannot overcome alone. Professional, Christian counseling can help us when bitterness controls our lives. God did not mean for us to do this life alone. He gifts qualified people to help us when we need it.

Brenda Rodgers considers herself a “recovering single” after years as a single woman chasing after marriage instead of chasing after Jesus. Now her passion is to mentor young women to live purposefully and grow in their relationship with God and others. Brenda has been married for five years to a heart transplant hero and is the mom of a toddler girl miracle. She is also the author of the eBook Fall for Him: 25 Challenges from a Recovering Single. You can also read more on Brenda’s blog, www.TripleBraidedLife.com and follow her on Twitter and Facebook. 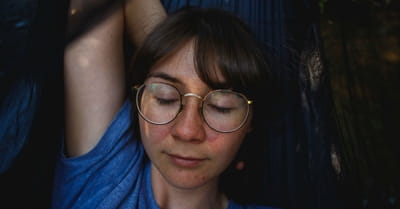 NEXT: Why Flexibility Might be the Saving Grace Your Relationships Need

Why Flexibility Might be the Saving Grace Your Relationships Need

10 Ways to Let Go of a Toxic Relationship
May Patterson