Why Is Obedience Better than Sacrifice?

Why Is Obedience Better than Sacrifice?

Motherhood has taught me more about God's love than any other season in my life. I love my children with a fierce love that I hadn't felt before they were born. This makes me reflect on the power of my imperfect love for them and how much more powerful God's perfect love for me must be. It's unfathomable.

Motherhood has also helped me to view discipline in my life differently. Like most rebellious children, I've resented God's discipline and spent a lot of time bumping boundary lines in order to stay out of trouble. However, when I'm disciplining my girls, I see God's heart for discipline more clearly. This has become most obvious through the disciplining of my strong-willed daughter who offers a third choice any time I give her two.

For instance, the time I told her she could either have cookies or ice cream for dessert, and she chose candy. I explained to her that candy wasn't a choice. She then asked what the consequence for eating the candy anyway would be and weighed her options to see if the candy was worth it.

Once, when she made the right choice and listened to me, I asked her why. She simply told me she didn't want to get into trouble.

The purpose of my question was to see the state of her heart. Sacrifice and obedience reveal two different conditions of the heart, as the story of Saul and Samuel reveals in 1 Samuel 15.

Sacrifice Can Never Be a Substitute for Obedience

In 1 Samuel 15, we find the story of Saul choosing sacrifice over obedience. At the beginning of the chapter, Samuel relays to Saul the message that God wants him to go and destroy "the entire Amalekite nation—men, women, children, babies, cattle, sheep, goats, camels, and donkeys" (1 Samuel 15:3) because the nation of Amalek opposed Israel when they came from Egypt.

Saul did as he was told. He established an army and attacked the Amalekites, killing all of them. However, he spared the Amalekite king's life, King Agag, and took him captive instead. He also spared the lives of the best of the sheep and goats, the cattle, the fat calves, and the lambs. First Samuel 15:9 says, "They destroyed only what was worthless or of poor quality."

God was justifiably angry at Saul. He said, "I am sorry that I ever made Saul king, for he has not been loyal to me and has refused to obey my command" (1 Samuel 15:10). When Samuel confronted Saul about this, Saul's response was that he had spared the best of the animals to offer them as a sacrifice to God.

Even though it may look like Saul did something noble to honor God, he still disobeyed Him. Any sacrifice he could offer God would not be a sufficient substitute for obedience. Samuel explains this in 1 Samuel 15:22:

“But Samuel replied, 'What is more pleasing to the Lord: your burnt offerings and sacrifices or your obedience to his voice? Listen! Obedience is better than sacrifice,
and submission is better than offering the fat of rams.'” (1 Samuel 15:22)

Sacrifice Comes from Obligation, but the Root of Obedience Is Love

The first time I read Samuel’s words about obedience, I thought of my daughter. Through a worldly perspective, the logic of her desire to stay out of trouble satisfies me. The consequences she faces deter her from disobeying—that's their purpose.

However, thinking about it with an eternal perspective, my heart sinks. Just like King Saul, my daughter is offering her best "sacrifice" by complying with my requests. But she is doing it with the wrong motive. I want her to obey out of her trust and love for me which shows her love for God.

God doesn't want a sacrifice offered out of obligation or as a way to dodge consequences. He wants us to obey out of our love for Him and His gift of eternal life through Jesus. We obey because of what He's already done for us. We obey because we trust Him knowing that His ways are always best.

I recognize that going from a concrete avoidance of consequences to an abstract heart issue is a leap for a six-year-old child. It takes years in a relationship with Jesus to get to the point of obedience out of love. And it's true that even sacrifice motivated by fear of consequences is a good first step.

However, we can't stop there. The consequences are meant to train us to choose a different path. The goal must be to move beyond sacrifice to obedience out of love. I now reply to my daughter by telling her, "That is a good first step, but remember that we want to obey because we love Jesus and want to honor him, not so we can get something for ourselves."

We Make Sacrifice about Ourselves, but Obedience is about God

It's easy to recognize how children make the mistake of choosing sacrifice over obedience. Yet how often do we as adults make decisions because we think we'll make God happier, we'll do more for the kingdom, or we'll look better in our Christian community? In our Christian sub-culture today, offering something less than obedience to God under the guise of sacrifice is more common than we think.

Many of us are working hard to bring the kingdom of God to this earth. We're serving our churches and communities and are involved in social justice issues like never before. But it's wise to ask ourselves, "Are we being obedient?" Are we offering up sacrifices to God that are not His will for us? Are we saying to ourselves, "But God, look at all I'm doing for you!" when all He wants is our hearts? Sometimes we offer God what He did not call us to offer.

Obedience is better than sacrifice because obedience reflects a heart that's in love with Jesus.

"Jesus replied, ‘All who love me will do what I say. My Father will love them, and we will come and make our home with each of them’” (John 14:23). Just like the Pharisees in the New Testament, Saul fixated on what he could do for God to make himself look good instead of on God Himself. He was like a whitewashed tomb as described in Matthew 23:27-28 because his focus was on his exterior and his accomplishments, while he remained lifeless inside. He even set up a monument to himself (1 Samuel 15:12).

There is Only One Sufficient Sacrifice for All People

Sacrifices can never fulfill God's ultimate purpose of capturing people's hearts because sacrifices can be used to point back to the person offering them. We always find a way to make this exchange about ourselves, trying to offer enough and do enough for God.

We can never offer enough good to God. All the sacrifices in the world can't atone for our sin because of our sin nature. We'll never be without sin until we get to heaven. Therefore, God gave us a new law, the law of Christ. The only requirement of the new law is to love. Obedience comes out of love.

I'm sure Saul didn't understand God's lack of appreciation for the best sacrifices he could give Him. He might have thought, "Why wouldn't God be pleased with what I've done for Him?" When we have moments like Saul and wonder what more we must do to receive God's blessing, we should remember that all God wants from us is our love. We show our love by obeying Him because obeying Him reveals our true trust in Him. It's all about the heart. Nothing more.

Brenda Rodgers considers herself a “recovering single” after years as a single woman chasing after marriage instead of chasing after Jesus. Now her passion is to mentor young women to live purposefully and grow in their relationship with God and others. Brenda has been married for five years to a heart transplant hero and is the mom of a toddler girl miracle. She is also the author of the eBook Fall for Him: 25 Challenges from a Recovering Single. You can also read more on Brenda’s blog, www.TripleBraidedLife.com and follow her on Twitter and Facebook. 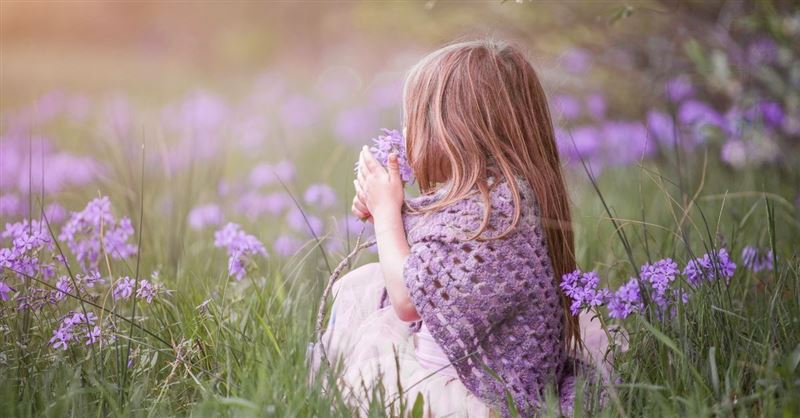 NEXT: 15 Scriptures to Remind You that You’re Beloved

15 Scriptures to Remind You that You’re Beloved

Should Christians Be Concerned about Individual Liberty in Crises?
Catherine Segars