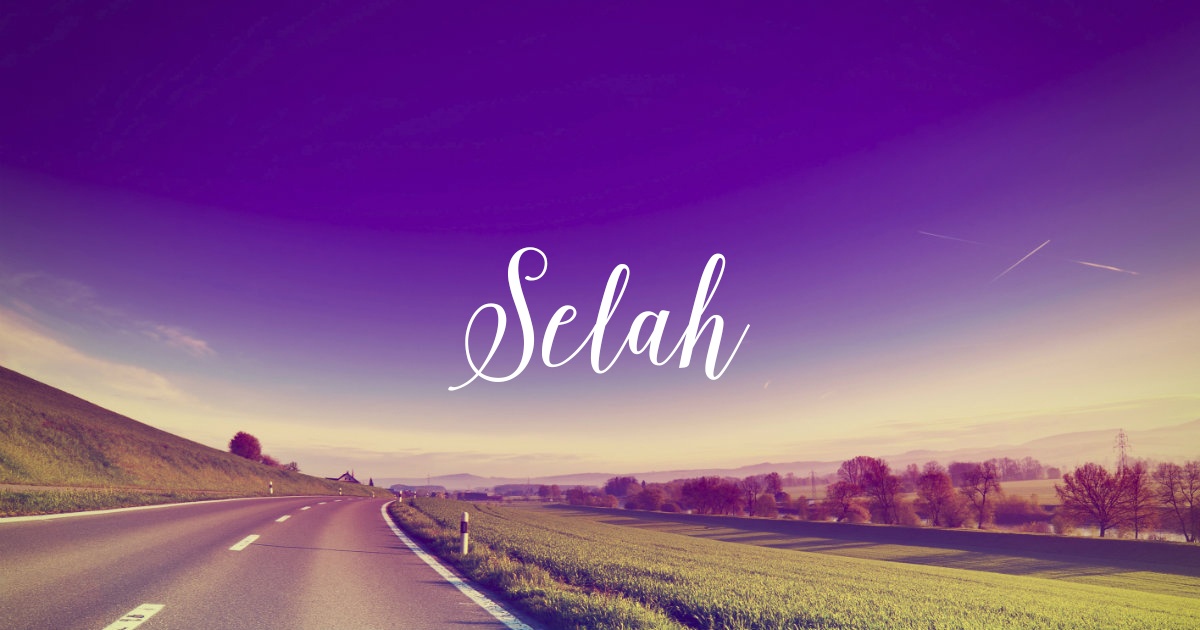 Selah – it’s the word that appears many times at the end of a Psalm. Almost like an afterthought, without reason or purpose. Most commonly it is described as being an instruction for the musical director. It invokes an image of the conductor holding the baton in the air causing the orchestra to pause, to hold before being released to the next note. But yet when it appears in the Bible it doesn't seem to add anything to the Psalm itself.

Recently though, Brian and Jenn Johnson from Bethel Church unpacked the concept and importance of the Selah when leading worship.

“Part of the ‘Selah’ moment is that moment of pausing and waiting on His cue, instead of just doing what you know to do. All of our best song ideas have come in the ‘Selah’ moments where it’s the pause, it’s the hold on the one chord. And we’re holding the pattern and waiting for God to breathe. Sometimes someone plays one note and it switches something in the room, and inspires a response.”

Selah moments have significance for us as well in our walk with the Lord. The Amplified Bible translates Selah as "pause, and calmly think of that." It can also be interpreted as a form of underlining in preparation for the next paragraph. A Selah moment adds weight to what has just transpired and what is yet to transpire. It is the breath of God on our lives.

For us our Selah moment is that pause, that waiting on God when we pray. That space for God to breathe on us, to reveal more of Himself. It’s that moment when after we have finished praying we give space for God to answer, to minister and to move in our lives. It is when we still and quiet our spirit before the presence of God before we move on. It’s the Selah moment when in worship we pause the singing and wait on God expectant for His response. Selah is holding onto His presence - that engagement with Him that we have through worship. Our Selah moments are also when we’re at the end of a chapter in our lives and we pause before God, allowing space to hear direction and wisdom from Him as which way to go. It’s a deliberate action to still ourselves.

In the Selah moment is when we hear the breath and the heartbeat of Heaven.