Women, The Church and You

Now that I have been writing for iBelieve since the summer and you know me a little bit, I wanted to repost a special article from my blog that I haven't shared with you yet.  I initially published it back in March of 2013.  It has to do with my personal story in becoming a pastor and what I believe the implications are for each of you.  I know not everyone believes the same on this issue, but I pray that we can all grow together as we seek to faithfully respond to the gospel.  Blessings in your journeys, friends!

I wanted to write this week about female ordination, meaning women who serve as pastors.  It was the topic of a discussion group I attended recently.  I was also asked to speak to a group of women who are contemplating their ministerial calls later this month.  Even though my denomination has been ordaining women for over fifty years, there are still church bodies that oppose it.  The debate over female ordination continues in these circles.  And it touches profoundly on an issue of motherhood because of it.

The debate calls to mind a memory from my seminary training at Princeton.  Taking a preaching class was a requirement in our second year.  There was a sharp girl in my class who was brought to tears when she first reached the pulpit.  She spoke of how she came from a Southern Baptist background that did not allow women to preach.  She was wrestling mentally, spiritually and emotionally with the issue.  But do you know what?  Once she did it, she was good.

I have been moved to tears in my own path to ordination.  When God first called me, I was a college student.  Among my commitments was a small group and regular worship at a conservative, non-denominational Christian church.  Both did not support my call to become a pastor because of my gender.  My campus support system shattered.  That hurt as I wrestled with the issue on my own.  Eventually, I left that church to return to the denomination of my upbringing.  By God's grace, I met a head pastor who mentored and supported me, and I was inspired on.

Those who oppose female ordination claim biblical grounds.  In seminary, I was able to explore the issue with learned professors and found the process quite healing.  What I ended up finding was abundant scriptural support for female ordination.  Those who oppose it point to the passage that instructs women not to speak in church or have teaching authority (1 Timothy 2:11-12).  Contextualizing it is instructive.  First, women at that time were not educated like men, so their input could have been disruptive or distracting.  Maintaining order and right teaching was of primary importance as the church was looking to put down roots.  Women now have the opportunity to acquire equivalent education to men and often excel in their fields.  Second, remember that this verse comes to us in the form of an epistle.  An epistle is a letter - something that was written to a particular people at a particular time.

Because that passage comes to us in an epistle, it is important to enlarge our lens for a greater biblical perspective.  Paul is the author of 1 Timothy, and he acknowledges females who are serving with him in scripture (See Romans 16:1-16; he mentions approximately eleven women.).  He is affirming and giving thanks for their ministry, so it is helpful to look to his own example in support of female ministry.  Second, we can look to the life of Jesus.  His ministry is very affirming to women.  An example is that Jesus appears to women first after his resurrection.  His resurrection is foundational to the whole Christian message, and he shares this teaching moment with women.  What's more, he instructs the women to spread the good news.  His choice gives credibility to the female witness, and of course we look to Christ as the ultimate exemplar of our faith. 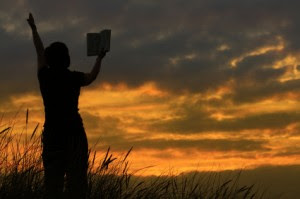 Those who support female ordination often point to the scripture passage, "There is no longer Jew or Greek, there is no longer slave or free, there is no longer male and female; for all of you are one in Christ Jesus" (Galatians 3:28, NRSV).  Both women and men have been made in God's image according to Genesis.  Just as our God is ultimately beyond gender, so too are we in the eyes of the Lord.  Thus what matters in our faith lives is our spiritual gifts and how we use them in God's service.  It is our responsibility to use them in response to God's call.  I could never believe that God would call me to do something and then not allow me to do it based on something that I could not control and that God orchestrated (my gender).  Galatians tells me that I don't have to.

So where does this leave us as Christians, as women, and as mothers?  First, I think it leaves us encouraged to become whomever God calls us to be.  Paul's greatest concern was the upbuilding of the church.  We are to use our spiritual gifts, intelligence, and callings to continue furthering that goal today.  The church needs our perspectives.  Also, it needs all equipped and inspired people in this challenging age.

I think this issue should lead us to evaluate our choice in worship places too.  This choice is of the essence for mothers of daughters in particular.  Are you worshiping in a place where your children will be encouraged to be whom God is calling them?  Will they feel empowered to use their gifts and inspired to do whatever they can for Christ's church?  God wants to not just upbuild the kingdom, but upbuild us.  It just makes sense not to pigeon hole our children, especially in God's own house.

The church is where scripture should best be modeled, so that followers can find supportive community and vision to go back out and be lights in the world. Whether or not your daughters want to become pastors themselves, seeing women in leadership in such a formative place can inspire them in their future endeavors. Mentoring through example is the most effective way we learn.

When I encountered resistance to my call in college, I did not give up.  I had been raised to believe otherwise.  I remember my Mom tearfully leaving the first church that we worshiped at as a family because they did not support female ordination.  I was too young to have a sense of my call, but old enough to still remember.  We started going to a Presbyterian church then, and I am an ordained minister of that faith now.  And do you know what?  My heart is singing.  Thanks, Mom.

Note:  If you wanted to mine the gospels for more, Luke's gospel gives particular focus to issues of social justice and includes the most stories about women and Jesus' treatment of them.

Want to check out my blog?  Click here to find it and read a special guest post this week.