The other night I was in the city. As in New York City. As in crazy hustle and bustle and I hadn’t even left Penn Station yet. Everyone was filing off of the train, eager to board the escalator that wasn’t working (again), to start the long climb up the stairs and into the corridor. Picture someone climbing in front of you, to the side of you, and right in back of you to the point that if you really thought about it, claustrophobia would definitely get the best of you. But you don’t have time to think about it. You just look down and keep climbing.

I was about to start mounting the escalator, I mean stairs, in this oh so familiar scene when someone did the extraordinary. Someone looked up. A young man with his hands full looked up, noticed a woman to the side of him, and stopped to let her go ahead. She nodded quickly in acknowledgement as strangers do.

That young man’s simple act of courtesy may seem so small. It may seem insignificant. In fact, you may be wondering, “Why does it bear repeating at all?” I’ll tell you why: Because to a mother, it means everything.

I am a busy mom of two little boys. A fellow mom embarking on a similar venture once stated, “My goal is to raise little gentlemen in the world. The world needs more gentlemen.” And just like that, a parenting goal of mine was born. 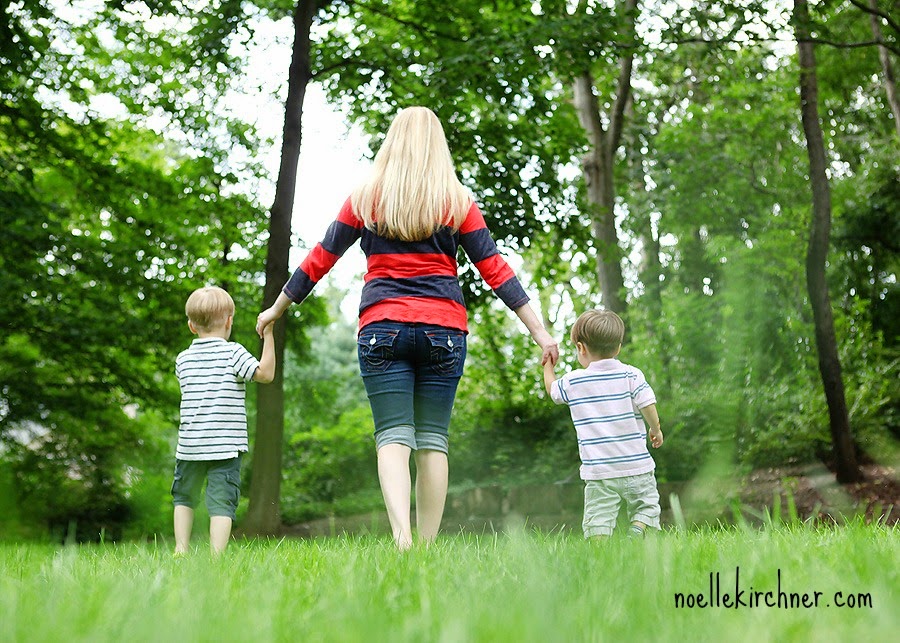 I have been tempted to think that we craft the future trajectory of our children in the big things. It’s alluring to get hung up on the schools we choose, the sport or instrument they play, and the friends they associate with. Yes, all of these choices matter. But I wonder if we overlook the cauldron of their character in an effort thrust ahead.

Character is crafted in our everyday decisions. When we choose wisely time and time again, we develop it. It does not matriculate from big accomplishments. In fact, it can best be demonstrated when there is no accolade to be gained at all.  One of my favorite quotes on character reads, “You can easily judge the character of a man by how he treats those who can do nothing for him” (Malcom S. Forbes).

Character is something that we as parents need to intentionally nurture. We can be the people who are looking now so that our children can make the right decisions when no one is looking down the road. They will remember what we taught, encouraged, and applauded so that our voice will be a guiding one when we are not right there beside them. Our job is to catch the little things: the sharing we witness at a play date, the self-sacrifice we observe for a friend, or the unprompted concern we see demonstrated for a stranger.

But fostering character in our children involves even more. It means cultivating a home culture where respect for others is the norm and manners still matter. Yes, this mom of a three-year-old who throws his food on the floor as a sign that he’s not interested, still believes that teaching manners is worth the fight – I mean effort.

Last month, KJ Dell’Antonia wrote a piece entitled “Why Schools Should Undermine Moral Teachings” for The New York Times Motherlode. She argued that it was a parent’s job to teach “morals, values, and opinions” to their children, and the school’s job to encourage students to question them. This is how a society can mature, self-correct and stay on the “right side of history,” she says. While there is value in teaching our children independent reasoning, her argument means that we as parents have an even more important job to do.

Because you see, I want to raise boys who look up. Everyone else was just climbing, climbing the stairs of Penn Station that evening, but there was one young man who stopped and looked up. He evaluated his surroundings, chose to break the norm, and showed someone else a sign of respect. No one was applauding him. In fact, some people were pushing him from behind to keep moving. But he chose chivalry instead.

I do not want to be the kind of parent who wants her children to keep climbing, climbing in life oblivious to what’s going on around them. And superior to any reasoning power is the value base that informs it.  Yes, I want great things for my children. Yes, I dream big dreams for their accomplishments. But it’s funny - the things that will one day make us the most proud just might not be what we expect.

"Train up a child in the way he should go, and when he is old he will not depart from it."  Proverbs 22:6

You're invited to stop by my blog to subscribe via email and receive a free printable today! Join me in honoring motherhood as a sacred task!