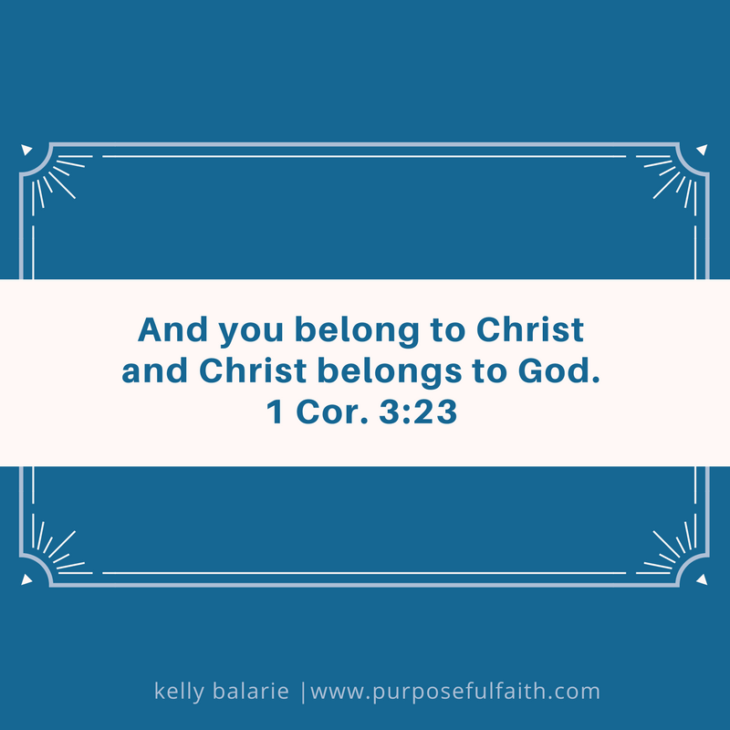 Left out.
Not included.
Not wanted.
Not involved.
Not chosen.
Not asked.
Not included on the inside joke.
Not understood.
Not told.
Not invited to come.
No seat at the table.

Where have you been overlooked? Who has forgotten you? What memory still brings embarrassment to mind?

Recently, all I wanted was a seat at the table. But all I got was dead air. Nothing. There was no phone call, no acceptance, and no open door. I was blocked from where I wanted to be.

I was blocked in elementary school from being in the cool girls' crowd. I was blocked by a childhood crush when he told me a lie so he didn't have to be near me. I was blocked from friends when they gave me a quick hello and then gathered in a big circle, practically whispering, with me outside of it.

Where are you blocked and overcome with a deep sense of un-belonging?

Let this fact sink in. You belong.

For those God wants, let them declare themselves unwanted. What a lie!

No scheme, invitation, method, word or rejection leaves us outside the fold of God's loving desire. He wants us and He will have us. We belong to God. We belong with Him.  Anything besides this fact is a lie.

Kelly’s new book, Fear Fighting: Awakening Courage to Overcome Your Fears has been called “A must read,” “Breathtakingly honest” and a “Great Toolbox to Overcome Fear.” Read it today.

Discover how to flee from fear and fly in faith through 4 Days to Fearless Challenge.