When What You Want Isn't What God Wants
Tweet

When What You Want Isn't What God Wants

“I don’t think my body can even handle that,” I finally managed to say.

“You’ll be fine,” he reassured me. “You’ll be off weekends and you’ll sharpen your live skills.”

My live reporting did need some work, but that would mean a complete shift in my schedule. I’d never worked the morning shift in television news and nor did I want to. If given the option, I would have continued working weekends while walking into work at 3 p.m.

“What time do I need to be here next week?” I asked teary-eyed.

His office was becoming more familiar to me. The stacks of paper requesting time-off and other scattered paperwork became an indelible image in my mind. This time, two of my bosses sat in front of me. This was my third meeting. Determined to change their minds, I pleaded my case again as they sat and listened.

When I finished, I walked out and turned left around the corner, desks in clear view, phones ringing, reporters preparing to head out – and that’s when I felt it.

A nudge. It stopped me in my tracks.

And to this day, I can tell you where I stood and repeat the message. Word. For. Word.

This is what God wants. 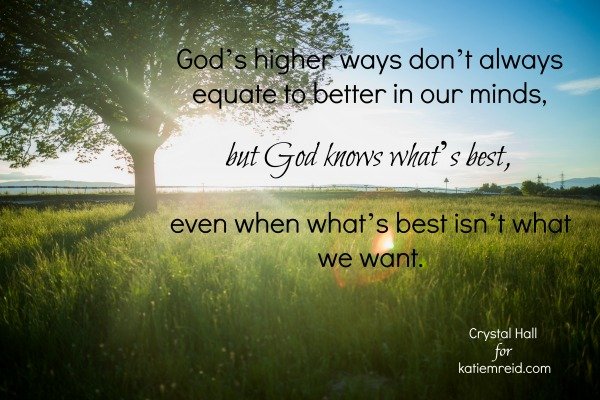 For one year and seven months, my alarm clock went off at 2 a.m., and sometimes earlier. Droopy eyed and tired, I’d arrive into work at 3 a.m., ready to report at 4:30.

Under constant sleep deprivation, the schedule wreaked havoc on my body.

If we were sitting across from each other sipping on coffee, (or tea if coffee isn’t your thing), and if you happened to ask me why I thought God would want that schedule change, I could mutter through a small list, but I don’t have a clear understanding.

Maybe one day I will. Maybe I won’t. But there is one thing I do know.

Sometimes what God wants isn’t what you want.

There’s a story in the Bible that comes to mind in 1 Kings.

The nation of Israel is at a crucial point in its history – a divided kingdom. Judah now serves as the southern kingdom and Israel as the northern.

King Rehoboam isn’t pleased with this, as he was king over the entire nation. He wants to regain that authority, so he prepares for war against the northern kingdom that separated from his control.

For this is my doing.

The divided nation of Israel – that was a part of God’s plan.

That was what God wanted.

How many times do we try to fight against God’s will because we don’t like it?

The move we weren’t expecting, our life blueprint that changed, that job we don’t like, whatever it is – while it may not be what we want, it may very well be what God wants.

Looking back, while the schedule shift wasn’t a part of the plan I had for my life and my career, it was a part of God’s.

It was God’s doing.

And I may never fully know why.

But had I spent more time seeking God I would have saved myself a lot of time and energy and learned much sooner that His hand was behind it.

God’s higher ways don’t always equate to better in our minds, but God knows what’s best, even when what’s best isn’t what we want.

We just have to trust Him. 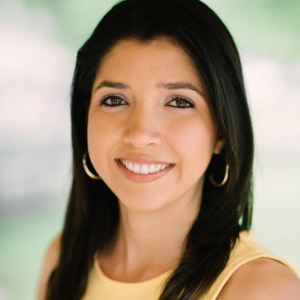 Crystal Hall is a former television journalist who has a passion for telling stories that began when she a little girl, roaming her family’s Texas ranch. She now calls the northeast home where she loves waking up with blueberry oatmeal, venturing outdoors, and evenings with her girlfriends. Captivated by God’s love for His children, she continues her passion for writing by sharing positive, encouraging stories on her blog – The Good News.

*This post was first published at katiemreid.com as part of the "Listen Close, Listen Well" series.