The One Thing You Need Today

Today I'm sharing a post from my friend, Asheritah:

I grew up in a rigorous Christian family. From the outside, it looked like we had it all together. And that was the point. We had to exemplify what a model missionary family looked like.

I had a long list of do’s and don’ts, and I thrived in that controlled environment. I thought that if I followed the religious formula, God would be happy and I would be blessed.

I knew what was expected, and I did my best to meet those expectations.

Which is why I cringed every time I read the story of Mary and Martha. Jesus tells her she’s missing something crucial and doesn’t even give her the common courtesy of telling her what it is.

With my whole heart I wanted to cry, “Foul!” 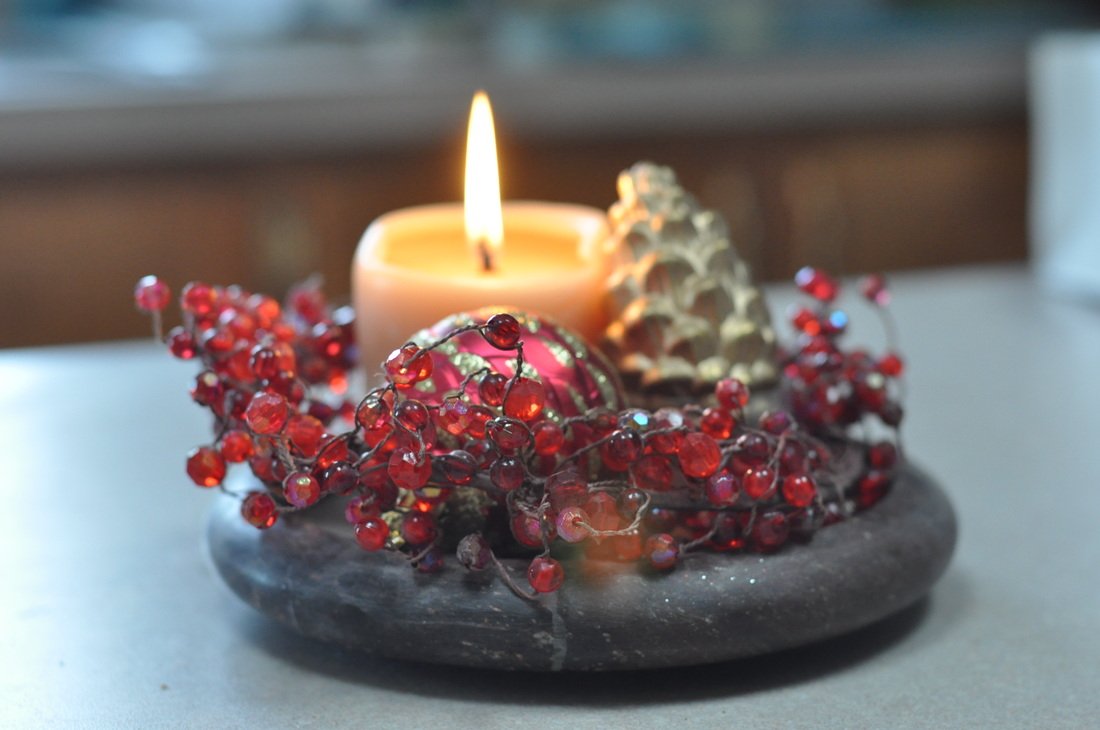 Not Just Another Task

It wasn’t until a few years ago that I realized I was reading the story all wrong. God doesn’t need our lists. He saves us through grace, and for the remainder of our lives He sustains us with grace. Nothing you or I do can add or take away from the love and favor He pours out so lavishly on us.

In fact, Jesus came precisely to save us from our self-righteousness. He gave us His perfection because we would never measure up to God’s standards left to our own efforts.

In that conversation with Martha, Jesus wasn’t adding yet another thing to her already-long lists. No. He wanted her. Just like He wants us. All of us.

He’s not placing another burden on our already-sagging shoulders. He’s inviting us to throw off the burden of performing and measuring up and take on His yoke because it’s easy and His burden is light.

Dear friends, hear the joy that awaits us when we clear our to-do lists and our schedules and enter His presence with praise…

Sure, there are lots of things we could be doing every day. But only one thing is needed. 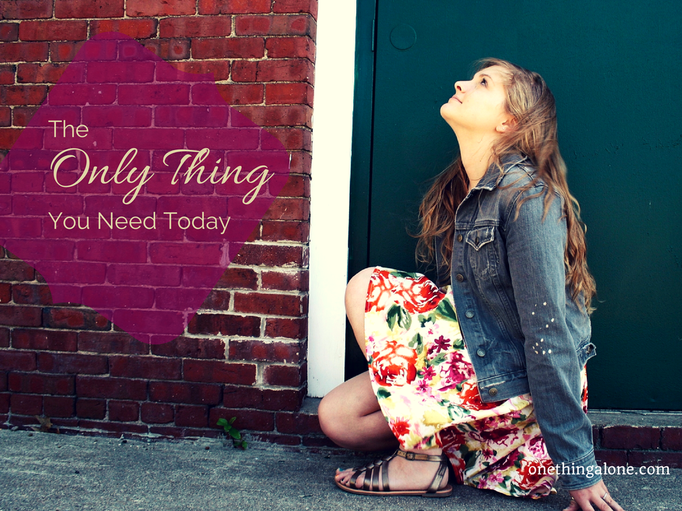 What would Martha’s life had looked like if she had rooted herself first and foremost and always in the presence of Jesus?

Perhaps the meal she served Jesus and his disciples would have been simpler, like bread and butter instead of a three-course feast. Perhaps there would have been some dust on the shelf or a pile of clothes hidden away in a corner.

But peace, and joy, and a song in her heart…these would have been hers as she sat at the feet of Jesus with her sister and His disciples.

Too often we end the story here, and it looks like Martha got it all wrong. But Jesus, in His grace-filled way, gives Martha another opportunity to pick The One Thing.

This time, she leaves behind the guests, the duties, the lists. She runs for Jesus. In her darkest hour, in her place of pain, Jesus puts His finger on the wound and asks her a soul-searching question, “Everyone who lives in Me and believes in Me will never ever die. Do you believe this, Martha?”

The moment of truth.

I imagine she would have added, I’ve always believed it, but I haven’t always shown it. But here I am now. I believe. I’m leaving everything behind to do One Thing Alone…to open my heart to Your probing touch.

And Martha received a miracle she would never have been able to produce on her own- a new life.

We are worried and bothered about many things. But only One Thing is needed. Lean into Jesus today and receive His healing grace for your heart. 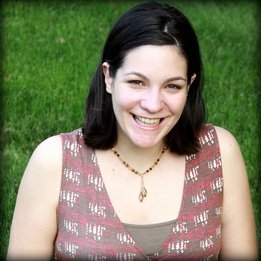 Asheritah blogs at OneThingAlone.com about her journey from Pharisee to resting in God’s amazing grace. She also posts encouraging thoughts, #1000gifts, and interesting reads on Facebook and Twitter. And because she knows what it’s like to struggle to connect with God (but also the incredible joys of doing so), she has written a free guide for you: “Dwell Deeply: 25 Resources to Deepen Your Relationship with God.”