Holding the Ladder instead of Climbing Up It

On a whim I registered for a highly-regarded conference that will be held in Texas this summer.

The other day, amidst the snowy backdrop of our Midwestern countryside, I crunched numbers to see if I could actually afford the airfare and 3 night hotel stay that are necessary to attend this event. I considered how this conference can propel me professionally and how it will be a valuable opportunity to network with those in my field.

Here’s the problem: I was so focused on how this conference might benefit me that I had overlooked a much better motivation for attending.

Instead of being served I can serve others and be a source of encouragement to them. Instead of climbing the ladder faster I can go lower and even hold the ladder so that others can climb higher.

Giving of ourselves for the betterment of the team is more fulfilling than just being in it for ourselves.

Could it be that we are more effective leaders when we allow others to lean on us so they can become more successful? 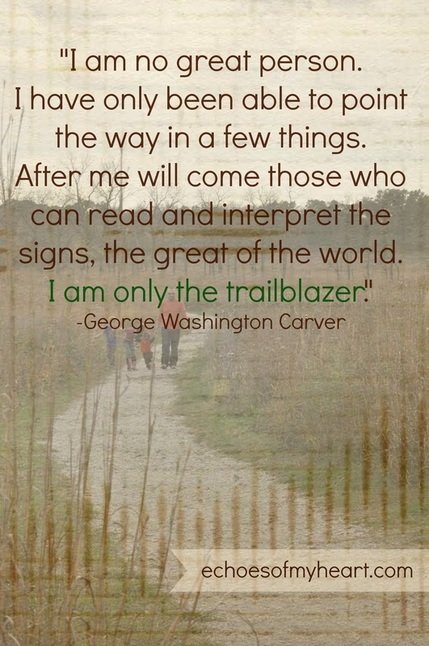 When we think of the past and present “greats” we don’t often look behind, beside or beyond them, but my guess is they had a parent, spouse, co-worker or friend who helped them shine, succeed, and go further than they would have gone alone.

Who can you propel or promote today?

Instead of waiting for the next big thing what if we become smaller to help someone else become bigger?

This reminds me of one of the biblical greats, John the Baptist, who said, “He [Jesus] must become greater; I must become less” (John 3:30, NIV). John did great things but he chose to use his life to point to another that was greater than he.

Then there is the greatest of them all, Jesus. “For even the Son of Man did not come to be served, but to serve, and to give his life as a ransom for many (Mark 10:45, NIV).

You have been entrusted with talents, gifts and abilities. Are you spending them on yourself or offering them to help others?

I am going to figure out a way to attend the conference this summer because I have found lasting motivation for attending.

I want to go hold the ladder for someone else so that they can climb higher. Sure I have lots of selfish ambitions left that need to be filtered through but as I lean that ladder up, so that someone else can reach new heights, I learn to lead well; following the example of a few greats that have gone before me.