Are You Letting the Enemy Amplify Your Insecurities?
Tweet

Are You Letting the Enemy Amplify Your Insecurities?

I'm sharing the transparent words of my writing friend, Tiffany Parry, today as she spurs us on to follow God's voice.

Are You Letting the Enemy Amplify Your Insecurities?

I’ve thought about quitting three dozen times. And that’s a conservative count. The funny thing is, I don’t consider myself a quitter. I’m a perfectionist by nature, a recovering one by grace, so it entirely contradicts my personality to leave what I start unfinished.

When I first heard God’s call to write, it sounded … interesting. I’ve always loved words, whether it be placing them on a page or speaking them into a room full of people. And this call to write came at a turning point in my life.

Opportunity intersected with the voice of God and demanded action.

And yet for months, I shrugged and thought, “Maybe.”

The call grew persistent. A still, small voice pursued me with words, seemingly begging me to lay them on a page. But a much louder voice crowded out God’s insistence. It said, “You can’t. What could you possibly have to offer? There are so many better than you.”

But I wrote, and didn’t breathe a word to a single soul. I’d slam the computer shut when my husband walked into the room. When my son looked over my shoulder, I’d scoot him out of the room. If friends asked what I was up to, I’d stuff down my heart cry to share my labor of love.

In the recesses of my mind was a whisper, “They’ll laugh if you tell them.”

I had obeyed God’s call to write, but I had robbed myself of its joy. Instead of standing confident that His call would include His equipping, I stood wobbly-kneed and gripped by the chains of shame. 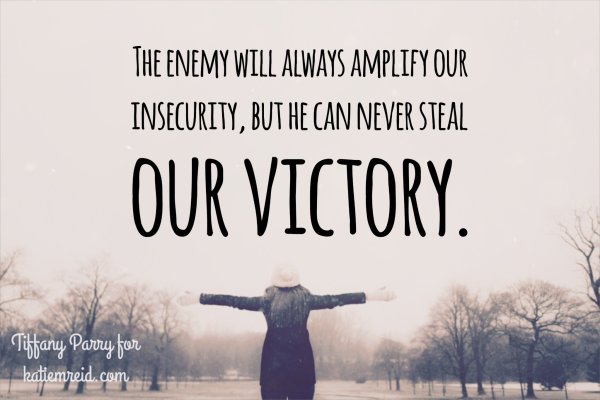 Thousands of words and hundreds of pages later, shame still rears its head to steal the value in the work. But God … has spoken hundreds of thousands of words over me reminding me that He is greater, that His call is irrevocable, and that He has poured good works into my life so that I can walk forward in them.

The enemy will always amplify our insecurity, but he can never steal our victory.

Our gifts are written over our lives by God, chosen for us, to use for His glory. They aren’t the devils to steal. Our passions and the dreams that tie them all together, aren’t ours to let go of either. They are gifts.

We can’t give away what doesn’t belong to us.

But don’t think I haven’t tried. God and I have had many conversations about surrendering, laying down, holding loosely—whatever the “spiritually correct” form of quitting is. As I have prayed, cried, and called out, God has forced me to answer some hard questions:

If you’re called to teach, could you become a gardener? If your gift is laying color on canvas, would you be content downhill skiing? You couldn’t do it, could you? Your gifts would pursue you, because they are a part of who you are. They are knit into the very fiber of your being.

You are God’s workmanship and He intends for you to use those gifts with purpose, not point them in the wrong direction. Sure, He may re-route you, but God will never direct you off course.

God isn’t in the business of instant gratification. He’s after the far reaching growth, the eternal prize. So often we fix our eyes on the results, when God only asks us to focus on the process.

We want to quit because we don’t see the end in sight. God wants us to keep going so that when we get to the end, we look more like Him. Stronger, wiser, and the very best version of the woman He has created us to be.

Don’t quit. Your story ends in victory, because your story is written by God.

On the other side of fear, doubt, comparison, approval-seeking, or whatever obstacle is holding you back, are the makings of your story. Grow and cultivate your gifts. Allow God to stretch your boundaries. But whatever you do, don’t allow anyone to steal what God has intended for you.

Don’t quit. I’ll be right here cheering you on. 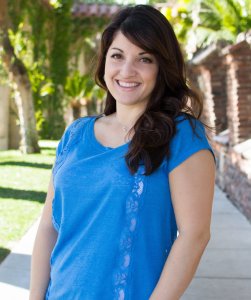 Tiffany is a wife and mom who dwells in the sunshine (and smog) of Southern California. She’s a lover of words who purposes to use hers to speak God’s truth with grace and authenticity. More than that, she longs to provide a safe place for others to do the same. You are invited to join her word-by-word journey through the mountains and valleys of faith at her blog, Simply for One, or on Facebook and Twitter.

P.S. This post first appeared on katiemreid.com as part of the "Listen Close, Listen Well" series.

P. P.S. Are you a writer? Join Katie on Fridays at 1:30 EST on Periscope for #WeWrite (@Katie_M_Reid). Be encouraged on your writing journey as you take the next step towards your God-given dreams.