Why You Can Lead Everyone BUT Your Wife
Tweet

Why You Can Lead Everyone BUT Your Wife 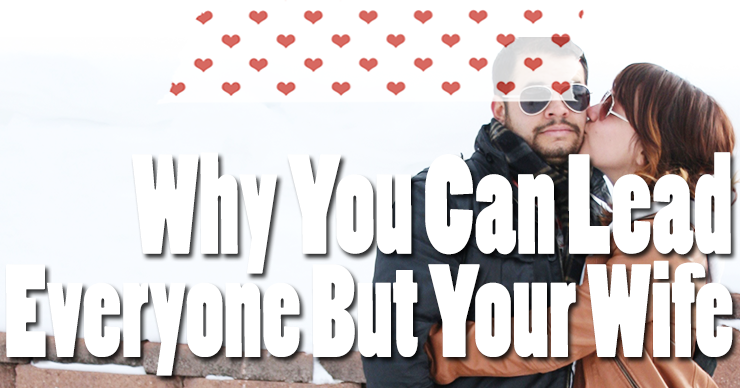 I've heard it said that there is no question as to whether a man is the leader of his home or not, but that the question is: Is he a good or bad leader?

I don't think this is true.

A mentor once told me, if you think you're a leader, but you turn to realize no one is following you, then you're just taking a walk.

Leadership isn't promised, given, mandated or inherited. It is earned.

Somehow society has adopted the idea that leadership principles play differently in marriage. As if, in all other avenues of life leadership is merited but in marriage its entitled because I am a man and she is a woman.

My (Tyson) wife is a leader. She has more ambition and drive in her than most fortune 500 CEOs I've encountered. So how then can I have the audacity to say I'm her leader merely because of some "biblical" religious mandate?

We will examine the passage most men quote on biblical headship in a minute, but first let me say this kind of woman is lead by a certain kind of man.

A man who is able to control his tongue, make wise financial decisions, be responsible with his work and his time.

A man who is compassionate while still ambitious.

A man who is kind and gentle but could protect and defend.

So to the question, "Why can't I lead my wife?" I would have to answer–because I'm not Jesus.

Lets look at the text in Ephesians 5, the foremost place we get this principle of male headship in marriage:

22Wives, submit to your own husbands, as to the Lord.  23For the husband is the head of the wife even as Christ is the head of the church, his body, and is himself its Savior. 24Now as the church submits to Christ, so also wives should submit in everything to their husbands.

Note here a very important phrase: "the husband is the head of the wife even as Christ is head of the church."  The style of leadership, the prototype, is borrowed directly from Jesus Christ.

This passage is not talking about hierarchy or preeminence. It’s not that your vote is the vote that counts or that she is lesser than you. It speaks to the kind of leadership that is exercised. If you don't believe me, look what the next verse and following says:

25Husbands, love your wives, as Christ loved the church and gave himself up for her,  26 that he might sanctify her, having cleansed her by the washing of water with the word, 27so that he might present the church to himself in splendor, without spot or wrinkle or any such thing, that she might be holy and without blemish. 28In the same way husbands should love their wives as their own bodies.

The style of leadership that has been displayed for us to imitate is that of sacrifice. It is laying your own self down at the service of the other. This is leadership that Christ earned by submitting to the Father's will and laying down his life upon the cross.

Really, in the full context, Paul is saying that husbands are the first submitters after Christ. Read verse 21, "submitting to one another out of reverence for Christ." See it's not "Wife Submit!" but rather, "We submit to each other, and you know what honey, like Christ, I’ll go first."

I love that Paul recognizes that we are unknowing experts in this field of leadership when he says "husbands should love their wives as their own bodies!"  We have been practicing a love for ourselves through years of singleness and many of us have continued this well into marriage! We don't lord over our body and rule over it, but we nourish it, take care of it, flex it, tan it, shave it, clothe it.

When we put our flesh into submission, we do it by fasting and praying and reading and focusing and worshiping. We know how to lead! We are fully equipped to live into this role of headship in marriage; but now it’s time we practice it.

I'll let John Piper have the last word here. This is from the best book I've read on this subject, This Momentary Marriage.

“So, husbands, your headship means: Go ahead. Take the lead. It

does not matter if it is her fault. That didn’t stop Christ. Who will

break the icy silence first? Who will choke out the words, “I’m sorry,

She might beat you to it. Sometimes that’s okay. But woe to you if you

think that since it’s her fault, she’s obliged to say the first reconciling

word. Headship is not easy. It is the hardest, most humbling work in

the world. Protect your family. Strive, as much as it lies within you, to

make peace before the sun goes down.”

SINGLES: Your perspective of headship will be projected in your future marriage. Write out what you think biblical headship looks like (as a husband or for your husband) and sit down with an older married couple and ask them to give you feedback on that view.

MARRIEDS: If you've been married for any amount of time, you know headship is easier to idealize than to actualize. The greatest tool in marriage is talking. Ask your wife (or husband, if you're a wife reading this) what his/her view of biblical headship is. Talk through the various opinions (there are many) and do some studying of the Bible to see what God's plan was for headship in marriage.

What would our relationships look like if we put these things into practice in the Church and in our marriages?

What aspects or opinions of "headship" are you uncomfortable with as a man or woman? How are you wrestling through those? 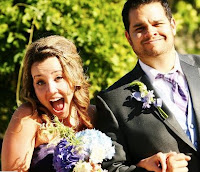 Tyson and Julianna have been living a soap opera turned real-life fairytale for the last 5 years. Their biggest lesson learned in marriage is that the other person come first. So that means Jules buys ketchup despite her hatred of it and Tyson deals with all the bath products in the shower despite his confusion. That's gold people.