*FYI: The following series is on marriage and may contain candid speech and "mature" subjects such as sex and pornography. 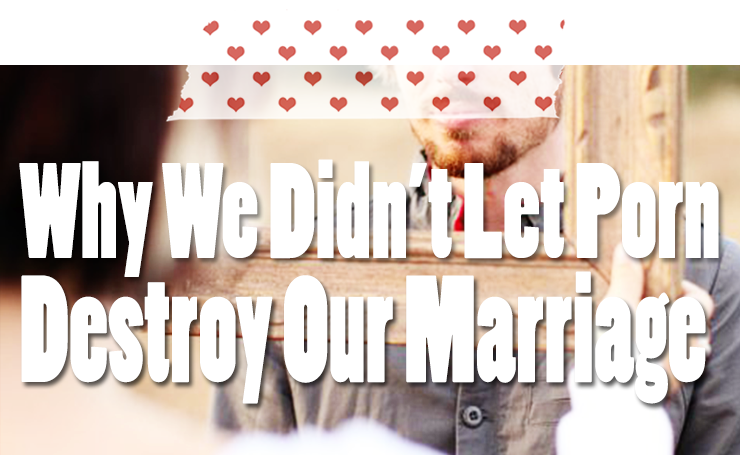 I stumbled off the elliptical and called Jason.  He barely got a “hello” out before I started sob-screaming at him. I told him I was loading up my stuff and heading to my parent’s house, four hours away. He begged me not to go and left work to come to me as soon as he could. He found me curled up in the bathroom.

I am not sure why I chose the bathroom, maybe because I needed the entire roll of toilet paper, but I found the floor most welcoming to my uncontrollable crying.

Jason knew things had to change if our marriage was going to survive.  When I got myself together, I whimpered out, “tell me everything.” When he did, I realized Jason’s battle wasn’t just a battle, it was an addiction. He was looking at it on a daily basis.
I felt sick. Hurt. Betrayed. I told him I was done. I didn’t deserve to feel that way. It was the push Jason needed to finally come to terms with his addiction and do something serious about it.

Jason started a very intentional accountability relationship with someone he knew who’d been through something like this already. We all read through “Every Man’s Battle” together, fasting and praying throughout the first 40 days. He and his mentor identified the areas in his life that were wide open for temptation and set up healthy boundaries. For example, he  started going to bed when I went to bed and there were passwords on all of our computers.

I committed to journeying with him in these things. That was the beginning Jason’s road of recovery.  I’ve found that although this was Jason’s problem, the solution takes both of us owning it.
This is a fine line because I feel as though women take on this idea that its their fault when their husbands struggle with porn. Personally this was a great struggle for me and still can be on bad days.  There is this inner voice that can say, "If you just had sex all of the time!" or "If you would lose some weight, then he would be more attracted to you and not have the need to look elsewhere." I had to get to a place where my identity and confidence was NOT found in Jason, but in the Lord. As I have learned to do this the blaming myself for his struggle fades. What really began to open my eyes to this truth was when I read Every Man's Battle with him. The book does a good job of identifying why this is such a struggle for men and also has a section that was written by the authors' wives. I learned the nuances of this struggle and how to balance his responsibility and my partnership. Lastly, I learned the importance of pursuing a healthy sexual relationship with Jason, even though I was still healing from the hurt that I had experienced. Believe me, there were times when all I wanted to do was go out and find the adult zip up footy pajamas and live in them, but I knew in the core of my heart that was not the answer. I had to CONSTANTLY put my insecurities, anger, hurt, and feelings of betrayal in the hands of my BIG and loving Jesus. There are still days that I struggle, but God is so faithful and patient with me!

I won’t sit here and say that it’s been easy and all of my trust in Jason's word is in tact, or that my identity doesn’t still suffer. There are still days I get lost in my thoughts of the different women that he has seen and struggle with feeling like a visual disappointment to him.
But we know this is a constant battle and we have to actively remain in God’s truth. Why? Because our marriage is worth it. We know depth and grace in our relationship with each other depends on the activity in our relationship with God. We've seen the negative effects when that relationship is not a priority.
For example, when I am not having regular time with the Lord or taking care of my body physically, I struggle more with comparing myself. Jason also got involved with triathlons, and did his first Ironman this year, raising $8000 for XXXchurch to not only help himself, but to help others fight the addiction.
So on the flip side, when our relationship with God and with each other is founded in His Word and truth, our marriage thrives. To us, it is worth the work.
There are also some practical things we've done, to safe guard one another, (me from fear and him from addiction):
Boundaries We've Put in Place  Adding a password on the racier ratings on TV Internet filter/screening program No hotels alone Out of town accountability partner  Going to bed together Asking tough questions with love Praying for one another To some, these may seem tedious and ridiculous, but they work for us and provide a stability and growth in our marriage.
Our story, as we've experienced God healing our marriage inwardly, has begun to take an outwardly effect on our lives and the world around us.
CALL TO ACTION
If you are struggling, as a single, engaged, or married guy/girl, you need community. The most effective way to overcome any struggle or stronghold in your life is through the conversation, grace, and inspiration of people around you.
Here are some communities we recommend:  For Guys: XXXChurch, Antioch Church, Celebrate Recovery For Girls: Good Women Project, Antioch Church
COMMENTING
How have you seen porn effect your life or the life of those around you? Was it negative or positive?
How have you worked through/overcome your dealings with porn in marriage/dating? 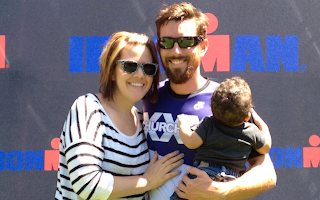 Jason and Elizabeth live in the southern California desert and have been married for 6 years. They are adopting their first son, Weiland, through Riverside County Foster/Adopt program. Jason is a Music Pastor for Southwest Community Church, and Elizabeth is the founder of Vantage, a local organization designed as the next generation in sex education for teens. Follow them at@jasonshafer and @thisisvantage

*This post is part of a week-long series on juliannamorlet.com