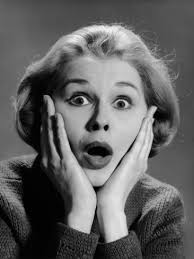 Yep, I’m going there. There’s no sense in pretending the subject does not exist, so buckle up.

I recently came across a website that INFURIATED me. In fact, that is probably a serious understatement. Since my life’s passion is single moms, I am always researching single parent topics. I happened upon an article regarding sex and singles. I would not dare give you the name of the site, because I will not give them the satisfaction of multiple hits. But here is what the meat of the article said, loosely translated,

The lengthy article sparked quite the controversy. I almost chimed in with the hundreds of other comments and voiced my outrage but quickly knew that it would fall on deaf ears, and she wrote that article (and many like it) for that exact reason.

80% of the country identifies themselves as Christian, so why is it that none of us talk about this subject? Christians follow God’s written word as their life’s instruction book – The Bible. The Bible is more than clear on its principles regarding sex.

1 Corinthians 6:18 NLT “Run from sexual sin! No other sin so clearly affects the body as this one does…” There are dozens and dozens of Scriptures that outline God’s word for how sex is supposed to happen. Sex is good. It IS right. But only within God’s plan for our lives.

This is not new news for most of us. We’ve heard it before. But have you ever wondered why God puts such a difficult “don’t” on our list? Have you ever thought, like the woman above, that this was a ridiculous measure for which no one could ever live up to? That ain’t right how God won’t let us have any fun, huh? Well, let me tell you what “ain’t right”…

- AIDS is still an incurable disease

- Millions of babies have been killed through abortion because moms cannot afford to or do not see how they could care for them.

- 50% of babies are born outside marriage today, which leads to single parenting. Single parenting among those under 25 is most often associated with lower income rates, and higher high school drop out rates, suicide, depression, and abuse.

Those are the facts. (For exact citations, refer to The Church and the Single Mom by Jennifer Maggio). That does not even broach the subject of giving oneself over sexually to another and how the emotions tie in or the broken hearts that follow.

Let me challenge you with this idea. As a parent, when we tell our 7-year-old not to play in the street, is it because we do not want him to have any fun playing kickball with his friends? Are we just plain ol’ mean parents? No, of course not. It is because we understand the potential danger that our precious seven-year-old could experience, and we want to protect him — EVEN IF HE DOESN’T UNDERSTAND WHY. The same is true for Christians. Our Heavenly Father does not want to hinder joy in our lives, but He does want to protect us from potential harm.

And before you decide that I am some rigid, unbending, beat-you-over-the-head-with-the-Bible, finger-pointing, judgemental Christian, let me stop you. I WAS some of those statistics. I was sexually active at thirteen, pregnant four times by nineteen, and dabbled in sexual promiscuity for years after that, living in poverty, depression, abuse, and more. I have lived it and seen first-hand the devastation it causes.

Today, as I work full-time with single parents, I have seen hundreds of young teens walk through the most difficult seasons of their lives because they did not wait. I’ve seen thousands of single moms struggle emotionally and financially because they did not wait. I’ve seen the trickle effect that this one simple concept (or lack thereof) has had on our economy, emotional well-being, and spiritual growth.

And before my inbox is flooded with countless emails, let me be clear. Everyone has their list of issues they are working on. (I know I sure do). No one thing is greater than the other. I am not saying this is just a single parent problem, obviously, but my passion is for helping the single parent live a better life.

Before you embark on one more meaningless sexual relationship that could very well leave you more emotionally broken, more financially broken, and more spiritually broken, think about its effects and know that there is great freedom in simply waiting for the right one.