Pray in the Pit. 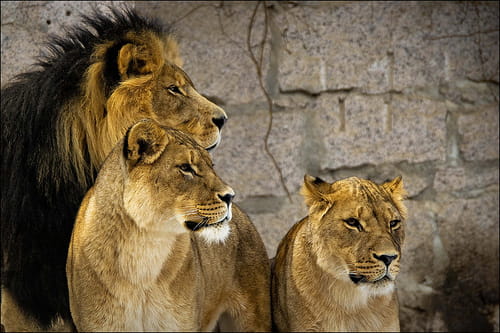 This morning, I was reading the story of Daniel in the lion’s den.

It’s a popular story and one I think everyone has heard over and over again.

The authorities in Daniel’s region wanted to punish him, but after they reviewed his days and his actions, they had no evidence or grounds to make such a claim.

Stating, “We will never find any basis for charges against this man Daniel unless it has something to do with the law of his God.” –Daniel 6:5

The King knew that He would have to make a law that involved this God that Daniel worshipped so continually.

So, he created this law: Any person that was caught praying to anyone besides the King would be immediately thrown into the lion’s den.

Because the entire city knew that Daniel prayed three times a day, the officials knew that this would cause grounds for punishment for him.

When Daniel found out, what do you think he did?

Found a private spot and asked God for help?

Decided to stop praying in efforts to save his own life?

The first thing Daniel did when this law was published was he went to pray in the same spot as he always did.

I am not sure about you, but I know good and well that if Obama issued such a decree and I was under the microscope, I am not sure if this would be my immediate response.

I mean, if you are about to be brutally punished (lions tend to be aggressive…) for being faithful, then wouldn’t you stop being faithful so that you may avoid punishment?

But Daniel’s immediate response was prayer.

So he was thrown into the lion’s den.

I knew all of these parts of the story before, but studying it this morning, I started to wonder a little bit.

My conversation with God was more of a monologue, as I asked him a few things.

“God, so let me get this straight. One of your most faithful followers, Daniel, was told that he was going to be thrown into the lion’s den if he praised anyone but the King of his city.

Yet he still prayed to you, praised you and was faithful to only you! WHY did you allow Him to go into the den anyway? Doesn’t he deserve to not be punished but rather rewarded?”

In my own conversation, God quickly interrupted my thoughts and reminded me of an important but difficult truth:

Sometimes we are called to be faithful not so that we may avoid the lion’s den but rather so God can declare his faithfulness THROUGH the lion’s den.

If Daniel had not have ever had to enter the lion’s den, then the people of this city would not have known the true rescuing power of Jesus.

His response from the get-go was to stay faithful.

The very thing he was going to be punished for- prayer- was his exact response to the law- prayer.

You see, it is easy to be faithful in prayer and steadfast in trust when we avoid the lion’s den and are rescued before we actually witness the lion licking his mouth, hungry and ready.

But what about when we must enter the den anyway?

We must remember that sometimes we must enter the pits, the low points, the valleys or the lion’s den in order to be delivered and show of His faithfulness.

If you are feeling as though you are about to enter the lion’s den yourself, or maybe you feel in the heat of it, I challenge you to trust God.

Do not pray to be removed from the pit, but rather pray for greater trust through the pit.

“And when Daniel was lifted from the den, no wound was found on him, because he had trusted in his God.” –Daniel 6:23

Allow your faith to starve your fears.

Trust God in the lion’s den for it is THEN that others will see your faithfulness.