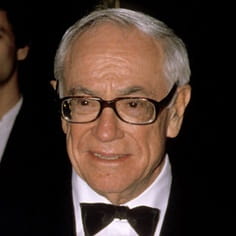 Want to know who said this?

Obviously, the man didn’t do too bad for himself.

I started reflecting on this quote today and I would venture to say that much of Malcolm’s success was because of this very quote:

When you focus on what you ARE rather than what you are NOT, success is inevitable.

Now, don’t get me wrong, we won’t all be able to measure our success by how many yachts, aircrafts or extravagant parties we are able to host like Mr. Forbes was able to do.

However, I believe our individual success and ability to truly LIVE would be absolute if we focused on what we already are.

Just thinking about the worries that circulate my brain or negative thoughts I have, much of them have to do with my “lack of” something.

And naturally, when I feel as though I’m not up to par,  instead of reminding myself of my strengths, I continually BASH myself on my weaknesses.

Because our tendency is to focus on what we aren’t, complain about what we don’t have,  wish we were somewhere other then where we are or think about the negative rather than the positive.

Well- guess what- we CAN change that!

And I am going to help you (and me) do that right now.

So, let’s review what we know we are:

And those are just the beginning!

Why would we ever focus on what we aren’t when there are so many things to focus on that we are?!

And they focused on THAT.

So, think about what you ARE my friend!

Take Forbes advice, he obviously did something right!

P.s. If you do happen to be the next Forbes, remember I told you so

“In his grace, God has given us different gifts for doing certain things well.” -Romans 12:6