There She Is? Thoughts on the Miss America Legacy
Tweet

There She Is? Thoughts on the Miss America Legacy

Chelsea Cote is a Type A twenty-something residing in Charlotte, NC. A non-profit development director by day, Chelsea loves Jesus, fashion, her family (including her giant cat Liam), decorating, art in all its forms, gummy candy, thrifting, liquid eyeliner, and watching The West Wing and Friends reruns. You can follow her on Twitter, Instagram and Pinterest and read all of her thoughts on faith, fashion and everything in between at www.bloomingbranchblog.com. 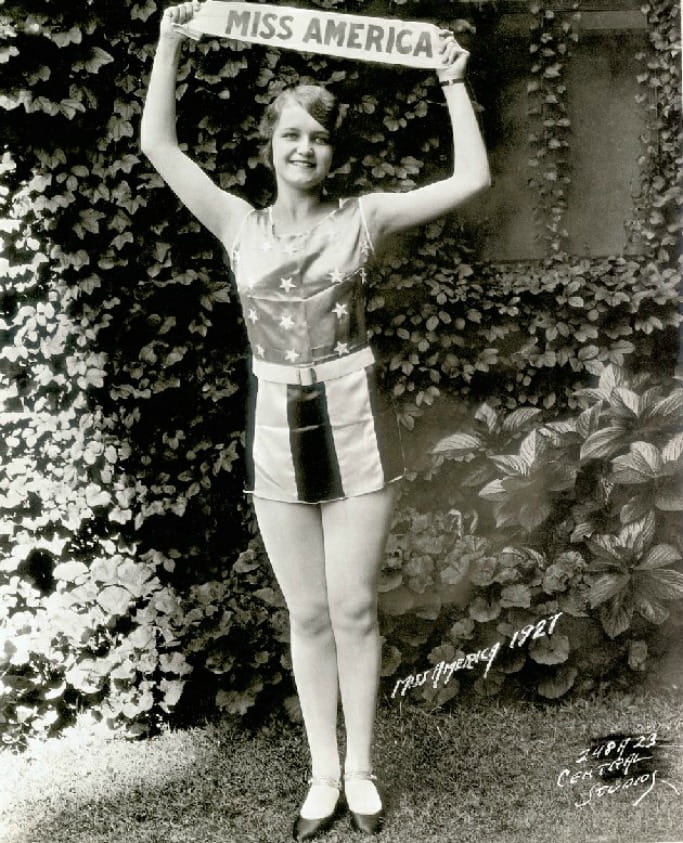 When I was a little girl, I watched Miss America every year with my mom. I remember the women as being beautiful, poised, talented, intelligent. They had platforms on which they were knowledgeable and spoke eloquently. They wore evening gowns that didn't show any side boob and I’m quite certain there were no clear platform heels. I know beauty pageants have a stigma, and I certainly think many of them live up to that stigma, but Miss America has typically been the classiest representation of the all-American beauty pageant (ahem, scholarship pageant). Do I think it's ridiculous that women are still judged for how great they look in a bathing suit? Yes. Will I let my own daughter watch the pageant someday? Unlikely. But nonetheless, Miss America has had an impact on me. I still remember when Heather Whitestone won in 1995, breaking barriers for disabled women everywhere and making headlines across the country. Personally, as a newly diagnosed Type I Diabetic, I was ecstatic when Nicole Johnson won the crown in 1999 and proved to me that diabetic women could be everything non-diabetic women could be. She was a role model for me and gave a voice to Type I diabetics everywhere. Miss America, in my mind as a girl, represented the kind of woman I wanted to be. Educated, well spoken, classy, passionate, hard working, beautiful.

To say this year's pageant has come a long way since the years of my youth is an understatement. I have no idea what the contestants' platforms were because they weren't mentioned. All but three girls' evening gowns were essentially exactly the same. The interview portion was so short and politically loaded, I’m not even sure there was a point. And the talent. Don’t even get me started on the talent. The talent portion included unfortunate dance numbers to David Guetta and the Frozen soundtrack. A puppet ventriloquist. Songs by Christina Aguilera and Pharrell Williams. Sadly, there was only one girl who actually played an instrument and the girl who won the entire talent portion in the preliminary competition (Miss Kentucky, Ramsey Carpenter) was eliminated before she could even play her fiddle, ousted by higher scores in final evening gown and swimsuit portions.

Last night, when miss New York Kira Kazantsev took the crown, I was mostly horrified. You guys, this girl sat on the stage in a blue jumpsuit, played a red Solo cup, and sang Pharrell Williams' "Happy". And she didn't even do it well. Don’t get me wrong, I’m not trying to be a hater or a feminist or a mean girl, but it is so unbelievably upsetting to me that this is the legacy of Miss America. Because, you see, when I Googled Kira, I learned some other things about her. She’s going to law school. She’s trilingual. She’s a child of Russian immigrants. She was a victim of domestic violence and is now a passionate advocate against it. All in all, not the worst role model for young girls. Her evening gown was classy. She didn't have a ridiculous fake tan or extensions or a breast implants. Yet, none of those things were emphasized during the pageant last night. She barely had the opportunity to open her mouth onstage, as the interview portion of the evening lasted about 1/4 of the time dedicated to the swimsuit competition.

The thing that made me saddest last night was not that Kira Kazantsev took the crown. What made me saddest is that the contestants' talents (or lack thereof) aren't the real problem. The worst part about last night was how much the media is changing young girls' view of what a woman should be. Instead of emphasizing these women's platforms, allowing them more than 15 seconds to speak onstage, the pageant spent more than half the airtime on swimsuit and evening gown. They glazed over Miss America 2014's work on promoting diversity by simultaneously running a video of her crowning last year. They scored Kira's painful talent high enough to win her the crown, beating out 52 other contestants who sang songs in foreign languages or played an instrument or did a myriad of other exceptional things we weren't able to see. Kazantsev's walk as the newly crowned Miss America was more than three times the length of time she was able to speak during the pageant itself. Instead of encouraging young women to aspire to education, career, activism, Miss America essentially encouraged all young girls watching to look pretty and say nothing. Which, I’d imagine, is the exact opposite of the legacy Kazantsev wants to leave as Miss America 2015. If there was ever an example of how effectively the media is negatively impacting young women and how quickly our society is losing all sense of intelligence, individuality, culture, poise, and service, it was last night in Atlantic City, and I am sad about it.

Chelsea Cote is a Type A twenty-something residing in Charlotte, NC. A non-profit development director by day, Chelsea loves Jesus, fashion, her family (including her giant cat Liam), decorating, art in all its forms, gummy candy, thrifting, liquid eyeliner, and watching The West Wing and Friends reruns. You can follow her on Twitter, Instagram and Pinterest and read all of her thoughts on faith, fashion and everything in between at www.bloomingbranchblog.com.