"That's a girl color"...and other things I won't say to my sons 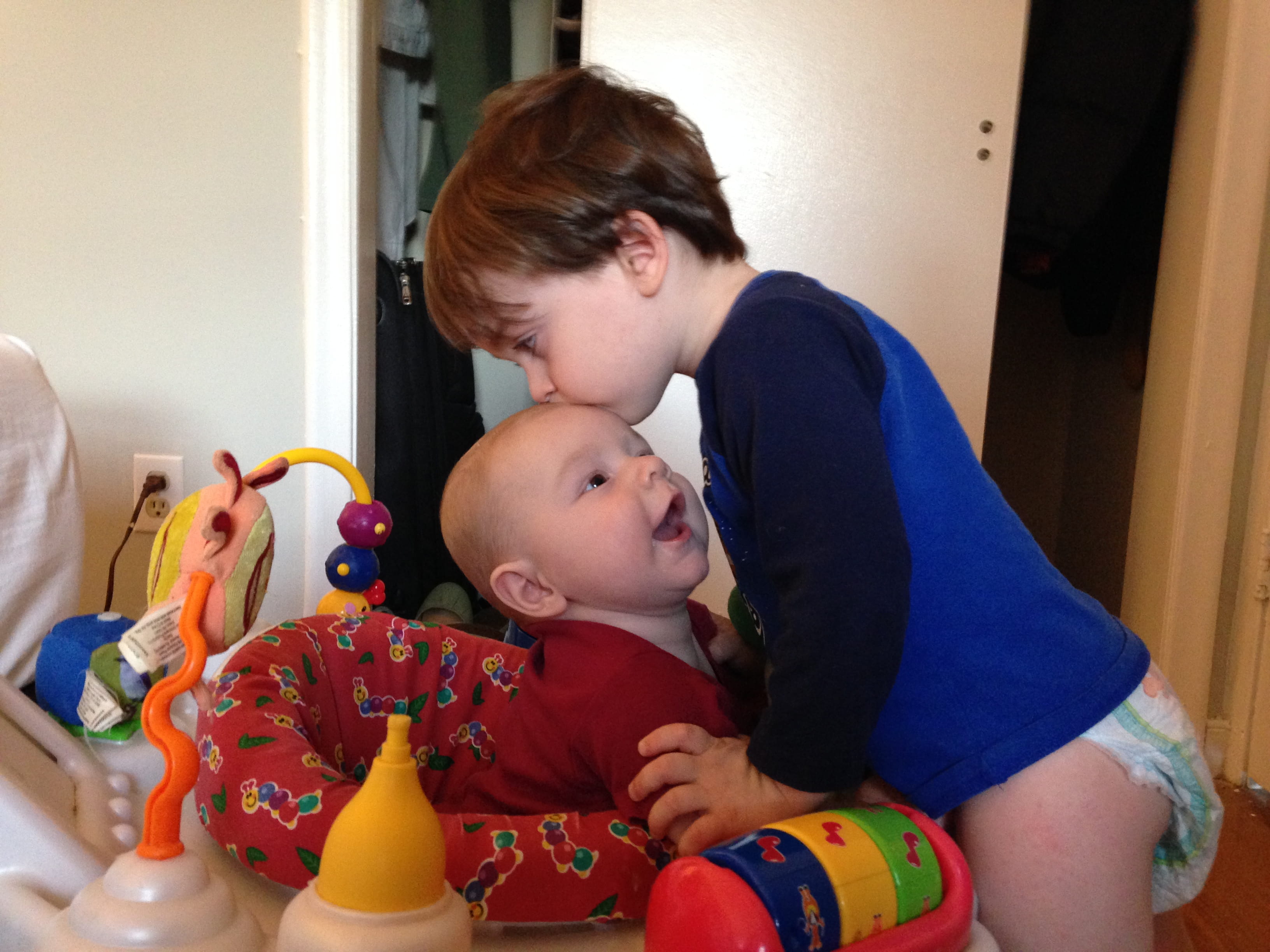 About six months ago, I went to the store in search a toy broom. My son wanted to help me clean and he was doing some serious damage with the full-size version. I walked up and down the aisles for ten minutes or so before asking for help. "Do you know if you all carry a children's size broom? I'm looking for one my two year old son could use." "Yeah," she said with a slight laugh, "it's in the girl section." I don't think I hid my surprise very well. She walked me across the store to the pink dolls, jewelry making kits and princess dresses where we found a shelf full of mock cleaning equipment, packed in boxes that were covered with pictures of little girls. As a woman, I was annoyed. As the mother of two boys, I was disturbed.

Obviously, I don't want my sons hearing a message that tells them it isn't their responsibility to clean up after themselves, but more importantly, I don't want them to ever question whether or not it's OK for them to participate in a "girl" activity (whatever that means) anymore than another mother would want her daughter to be told she couldn't do something because it was for boys only.

Let me back up and say that I am trying hard to not read too much into the marketing of toy brooms. At the same time, I have noticed some interesting discrepancies in the whole boy-items versus girl-items thing. Thankfully, we have come a long way in raising the cry that our daughters can do anything...they can play princess games and soccer....major in dance and engineering....they can be feminine, fierce, sweet and spicy. We love that. I am not trying to oversimplify a complex issue, but I would suggest that while we embrace little girls playing with dolls and footballs, we may hesitate with the little boy who rolls around in the mud and then lovingly cares for a baby doll. Girls paint with, play with and wear all colors. Boys will do the same if given the chance, but many times they are only offered "masculine" options. Two year old boys love to dance. Twelve year old boys...? Did they stop enjoying it? Or did they begin to feel uncomfortable with how it might be perceived?

My concern resides in the message we send our kids about what it means to be a boy, eventually a man, and ultimately a father. Take the issue of baby dolls; a doll is a simple representation of a human baby. If my son has children one day, he will change their diapers, feed them, kiss them, and rock them to sleep. Should he choose to play with a doll today, it gives him the opportunity to practice being gentle, compassionate, and loving - qualities needed by this world. For about three minutes, he will carry that baby the way I carry my five month old...whispering words like "shhh...it's ok baby. Don't cry." Shortly thereafter, the doll will succumb to the same fate as every toy Ian touches when it is eventually thrown into the wall or over the back of the couch. That's how he plays.

He has reached an age where he can make more choices, and with that, we're discovering the things he enjoys. His current favorite non-iPad-related activities are kicking or throwing every ball or ball-shaped object he comes across, building train sets, destroying train sets, painting, singing, playing drums, and dancing. He loves to dance probably as much as he loves to play soccer (and by soccer I mean him kicking the ball around the field while we try to catch him).

Yesterday, I recorded a short video of him dancing in our living room. We sat on the couch this morning to replay his performance. Just watching it made him giddy; he sang and danced all over again. As I clutched my coffee cup and watched him as if he was the most beautiful thing in the world, I hoped he would never stop loving to dance this much. I hoped that he would always feel comfortable coloring with whatever crayon he pulled out of the box. And I hoped that he would never lose that gentle spirit that kisses his baby brother every night and is the first to respond when he hears him cry.

This post does not represent a complete thought, rather an observation and a new awareness. It makes me think about the ways we define masculinity. Classifying certain colors as "girl colors", saying someone "throws like a girl" or worse "cries like a girl"..."only girls would want to play with a toy broom"...it is unsettling for me as I think about my sons. I want them to become fathers who are gentle, sincere, and vulnerable. That probably starts by creating a safe environment in childhood where those traits can be fostered. We certainly don't mean to hinder any of those things, but if they sense that certain characteristics or choices are not for them and should be left for the girls, what message does that send? What messages will they carry into adulthood...and fatherhood?

When I start thinking about fathers, I start thinking about God. I wonder if any of this affects the way we view God. If we are made in the image of God and He describes Himself as a Father, our picture of a father is incredibly significant. He is a gentle, compassionate, loving Father who will wipe away tears and who was willing to bend down from Heaven to embrace his children that he loves. So our view of fathers must be important, which means our view of boys must be important.

So here's to the many ways our children reflect the beauty of God through their strength, tenderness, compassion, kindness, fierceness, humor, joy, creativity and so much more. We need each one of them and the multitude of gifts they bring to the table.