I'm feeling a little more brave than usual today. Maybe it's the beautiful, sunny fall weather that makes me really believe that I can do all things...The following is an (unedited) excerpt of the special writing project I've been working on for the past year or so. I thought I'd share it today, on a day that seems much crisper and brighter.

I guess to give this a little context: this writing project is a collection of creative non-fiction essays about finding purpose and returning to faith. It's called "Another Pretty Dress." More on that later.

This chapter follows one about a pretty unusual/dangerous(?) breakup I experienced two years ago. The "belly of a whale" references the Biblical story of Jonah, and I refer to it many times throughout the different essays–as I try to decide whether I'm obeying God's call on my life or going against it. The "prodigal son" at the end of the chapter sets up the next one, where I share some faulty relationships I fell into after the "big one" finally ended.

I hope you enjoy! Be sure to let me know what you think! 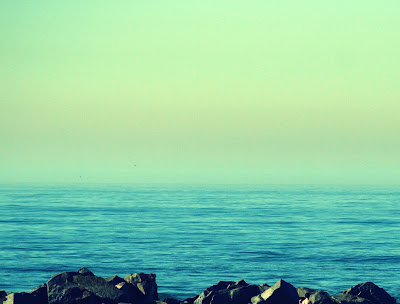 If it wasn’t already bad enough that God had shunned me into the belly of a whale, that was also the summer He set the world on fire.

Like a half-true rumor, like an unkind word spoken, the fire began just a few miles south of my home in Virginia Beach. Then, the fire grew, sweeping quickly over the surface of the marsh land, drying out the earth and the air. Erasing the ground beneath it, raking it up like a pile of dry, crispy leaves.

We needed rain. Six inches of it, with no wind factor to be exact. That’s what all of the newspapers and television broadcasts reported.

And you could see the smoke from hundreds of miles away. The umbrella of soot hovered over us. For weeks, smog filtered in through the cracks of doors and windows. It billowed slowly, rising and falling just a few inches off of the floor. Like balloons filled with weighted air. Like curtains moving in a slow, soggy breeze.

Smog was closing in around us. It filtered in through the walls of my apartment, and lingered in my car. It even came in through the Swan Terrace’s elegant french doors one night. The picturesque scenery that we were enveloped within was now littered with the ugly whirlwind of dust from an angry fire.

“I guess these briskets are going to be extra smoked,” said Rob, one of the line cooks, to no one in particular. “This is just unbelievable.”

I adjusted my green tie around my neck. The smog was burrowing into my skin, it seemed. It made the place where my uniform collar met my neck itch. The stench hung in everyone’s clothes. It was a sharp, ugly smell that stung my eyes and my nose.

All night, none of us could get a clear breath in. The smog interrupted and drew our conversations short. And it soon became apparent that the only thing worse than the smell of smog was its taste settling on the tips of our tongues.

Before long though, all of us, in the restaurant and in Virginia Beach, just sort of got used to it. We stepped onto our front porches and could breathe without being surprised by the scratching feeling we swallowed into our lungs. We accepted the smog, and accepted there was no place to flee from it.

What was the point, anyway? Nothing would change unless the raging, 3,200 mile-long fire was squelched.

So we did nothing. Well, not nothing. We complained. We rolled up damp beach towels and laid them in from of the crevices of our doors and windows. Anything to keep the smell from filtering in too much.

But other than that, we gave into smog. We let it take over. We let it win battles on our beaches.

I guess sin invades our lives in the same way.

Like smog, we may either fall into sin or turn away from it. We may either accept its presence in our lives, allowing it to seep into the fibers of our clothing and the air that we take in or we can choose to dismiss it. We can choose to hunt for a patch of earth and sky that’s unadulterated from thick, sour clouds.

We can wash it away. Like rinsing out the sweat from your hair after a long run. Letting the hot water warm your roots and temples.

We can have a lighter-than-air, brand new love feeling of understanding what it means to be found after we’ve been lost for so long. Rinsing smog out of your face, hair and clothes. That’s what fleeing from sin looks like.

But, most of us lean into smog. That was what my life looked like. Like passive acceptance. Inhaling smoke that, yes, we all know is bad for us. But we don’t care.

That’s the thing about sin and smog. None of us ever realyl tries to fight it.

We tell ourselves in church and community groups that we’re going to change. That we can let go of the smog in our lives. We attribute it to the original sin of Adam and Eve. We grew up saying that the serpent, the devil, made us do it.

But, it’s not Adam and Eve’s fault. It’s not the fall of humanity. And it’s not, as our five-year-old brains would reason, the devil’s doing.

It’s our own doing. It’s our own decisions that lead us into breathing smog into our lives. It’s the passivity in our hearts that enable us to ignore the umbrella of darkness hovering over us. We’re addicted to that umbrella. We need it to hide under.

Because if we took a step out from beneath it, we might actually look like Christ. And we don’t like to have to work too hard at keeping up with our appearances.

So, we choose the former. We choose to be encapsulated by smog. And before you know it, you need the smog to survive.

It’s for that very reason I found myself one late night on the beach with a friend’s ex-boyfriend. Smog is the reason I somehow found myself dating the Prodigal Son.