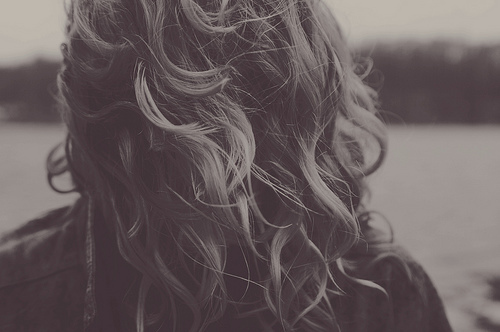 A few weeks ago, I was covering an event for work. As usual, I had a pen and notepad in hand. My hair was in a bun, and I was wearing black, pointed pumps. The kind I always wear when I need to feel strong and powerful.

And what creates that feeling better than hearing hollow click, clacks behind you when you walk quickly?

It was your standard, business luncheon affair. Power suits. Handshakes. Men and women who looked as though their heads were swarmed by mosquito-numbers. Calculating costs versus equity. Micro/macroeconomics. And a whole bunch of other MBA lingo I find myself writing about but never quite seem to understand.


A photographer was there, taking pictures of very important people–with their handshakes and smiles. But just before, he wanted to take a few practice shots. My high heels and I became the focus. So, I appeased him. I put my hand on my hip, turned my heel out and smiled straight into the lense.

That's when I saw her walking toward me. My girl crush.

Girl Crush, this beautiful, thin, dark-curlied hair, strong voice, sound mind, and fearsome love of God sees these practice photos happening, and flounces her dark curls and struts. I mean, the sister STRUTS her stuff over to me. She. Was. Workin'. It.

We were all smiles and giggles, seeking solace of fun and photos in the midst of all of the professionalism. The photographer left and she turned to me and said:


"So, Brett. You writing for the New York Times yet?"

"No, not yet," I said. Feeling as though the wind was a little knocked out of me.

How did you do that, Girl Crush? I thought. How did you look into my soul and know exactly what it is my career heart had been aching for?

She continued, asking me if my job was hard. Encouraging me to continue to write as though all of my life and purpose depended on it. And when I was listening to her, it really seemed true.

"You're so young," she said to me. "Keep going. You're already starting out so strong."

It was like, she knew me, already understanding me in spite of the guard I felt like I had to have up in order to simply function around her. And it made me wonder what sort of beautiful friendship I had been missing out on because I was paralyzed by my admiration for her.

But, you see, it's a little more complicated than just being captured by her beauty and spunk. I wasn't the only one who had a girl crush on Girl Crush. A few years ago, it seemed a man I was almost-dating also had quite the crush on her, too. And he let me know about it.

"I just want to take her out to dinner," he said to me innocently. "I want to know what it is about her that's so special."

So, he took my Girl Crush out to dinner. And since we weren't even officially dating, how could I even have the gaul to be the sort of foaming-at-the-mouth seething jealous that I was?

He eventually he decided he liked her better. And a few months later, Girl Crush, ex-"almost" (I can't really call him my ex-boyfriend, because he was never really my boyfriend to begin with, but almost–you see?) and I came face-to-face-to-face outside of our apartment complex one late summer night. His arm was around her. And I, fresh from a bike ride, was clad in a turquoise helmet and shameless latex shorts.

My ex-"almost" had secured the hovering fear I had that I wasn't enough. Her heart, her face, her body, her hair, her personality, her love of God was better. In the race of "may the best woman win," she had won. I wasn't good enough, just as I suspected all along.

It's been years since that night. Years. And I'm pretty sure that man is an ex-"almost" to us both. But, somehow this incredible, beautiful, fierce woman is still a part of my life. Of my story. Of my encouragement.

Maybe my intimidation of this Girl Crush is hindering a beautiful friendship. Maybe my unforgiveness toward this woman for a crime she did not commit against me is hindering me from stepping closer to her, learning from her, loving her and encouraging her right back.

And I think this means that through forgiveness, a beautiful sisterhood is about to be born. It's about time.

What about you, friends?
Are their people in your life you're intimidated or admire too much to establish a friendship with?
What would your life look like if you forgave, moved on and chose to love and encourage that person instead?
Leave me a comment below!