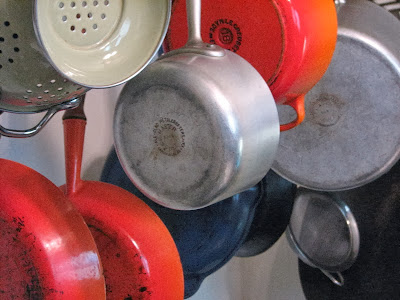 About six months ago, my life was consumed by seeking justice for a series of wrongdoings that unfolded throughout a former relationship.

These wrongdoings happened gradually, and I fell victim to them again and again. Slowly. Naively. And a little bit because I thought I was in love.

It wasn't until much later (a full year later) after the relationship ceased, that I started seeking help. This help came in the form of a mentor I frequently call "my Mordecai," referring, of course, to Esther's uncle, the man who guided the new queen to seek justice on behalf of the Jewish nation.

Though, my Mordecai only really wanted me to realize that I needed to seek justice on behalf of myself.

This new job put me in a place where I was going to have to write a story about a woman who was visiting campus. A woman who's story was a little different than mine, but the themes remained the same: robbed of joy, robbed of pride, robbed of worth.

She was going to speak at an event. And it was my job to ask questions, take pictures, and write about it. And I just couldn't bring myself to do it.

I told my Mordecai that I just couldn't write the story. That this woman's voice was going to be too much like mine. That I was too fragile to be able to dwell on someone's

He told me to keep going. To do my job. That I was a professional, and that I shouldn't let events like this win over my life.

He was, of course, right.

So the day the woman arrived on campus, I had my camera around my neck, my pad and pen poised, and a shield of distrust and bitterness surrounding me.

I walked into the auditorium, and saw the woman I was trying to avoid just a few yards away. And made the fatal mistake of making eye contact.

"Focus, Brett, focus. You can do this. You can compartmentalize," I reminded myself. "You can separate business from your personal life."

And who is it who begins walking toward me but the speaker? This woman who would share her story with an entire community of strangers. This woman whose burdens have been made light by helping others in similar situations.

So much for keeping it professional. I hugged her. I thanked her for sharing her story and for being such a brave, courageous woman.

"It makes all of the difference," I told her.

Today, six months later (a.k.a. today) she returned to campus. To my workplace. And was heading up another event that I was assigned to cover.

But first, she was going to lead a special chapel service. One, as luck would have it, that I was singing in.

"It won't be a problem though," I told myself. "You've already gotten over the hump. You know you can handle being involved these things--because you've done it before."

It was our choir director who broke my train of thoughts.

I prayed: Okay, Lord. I may not be able to sound pretty. The notes may be stuck in my throat. My voice may be raw. But I will stand here, "banging on pots and pans" if it brings you joy.

And in that moment, I got it. I understood what it meant to be able to find gladness in life's trials. What it meant to, not just be okay or be capable of compartmentalizing after a trauma or trial.

As I stood singing, making a joyful noise in worship, I understood what it was that God challenging me to do.

He was challenging me to be healed.

He was challenging me to be redeemed.

And He was letting me live it out--allowing me to realize that healing and redemption sometimes sounds a lot like banging on pots and pans.

Talk to me, sisters! Has there ever been a time in your life when you have felt like being "just okay" wasn't good enough, and that the Lord was calling you to find "joy in your present sufferings?" Tell me about it below!

unlocking the diary of your heart: using your prose to write your poetry
Jennifer Camp