A Day in the Life of a Work in Progress
Tweet

A Day in the Life of a Work in Progress 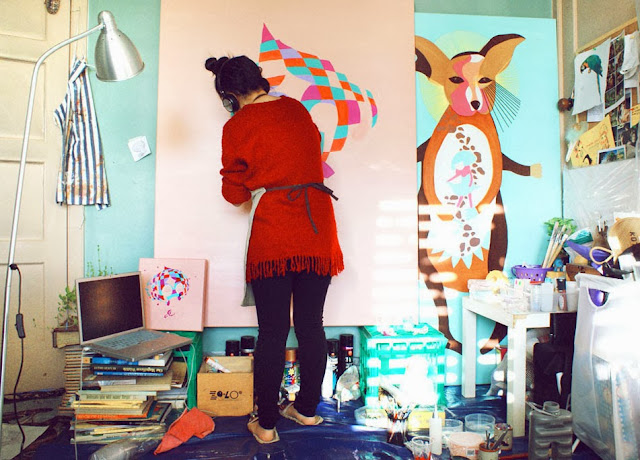 It's the pasting. The glitter. The paint. The yarn. The artistic choices. The trips to Michael's, where the aisles are too thin and the baskets are too wide. Overpriced fake flowers (pet peeve) and burlap.

It might also be my left handedness. The fact that everything I draw becomes smeared and foggy.

Then it's the mess. It's like childhood bombs filled with scraps of paper and markers have detonated and your kitchen table is suddenly at war.

The perfectionist in me does not like having a work-in-progress. It likes to be done with a project. It likes to rest in completion and a job well done.

With crafts, the spools of thread are always turning. Stitches from a thin, sharp needle may stop weaving in and out of cloth, but the hunger for creation doesn't.

A few early mornings a week, two friends and I meet at my favorite coffee shop. We write together, and we battle out stories in our minds and Google Drive.

I know that God has to be there, because we are the "two or more" that have gathered. It's just the three of us, our laptops and our coffee mugs.

This week we were talking about a married couple whose story we're telling together. We talked about love and what it means. And what we want these characters to convey.

One friend who has a brand new daughter took a slow sip of his coffee and tried to tell us what it's like to love like a father. Like a creator.

"It's really hard to explain," he said. "I've never loved anyone so instantly. And she didn't even have to do anything to deserve it."

He spoke very quietly, like he was hushing his infant to sleep, and we could just barely hear him over the hissing of the espresso machine.

But the thesis of his words seemed very clear: his newborn daughter is a work in progress. And he loves her for who she is. Even when it's difficult. 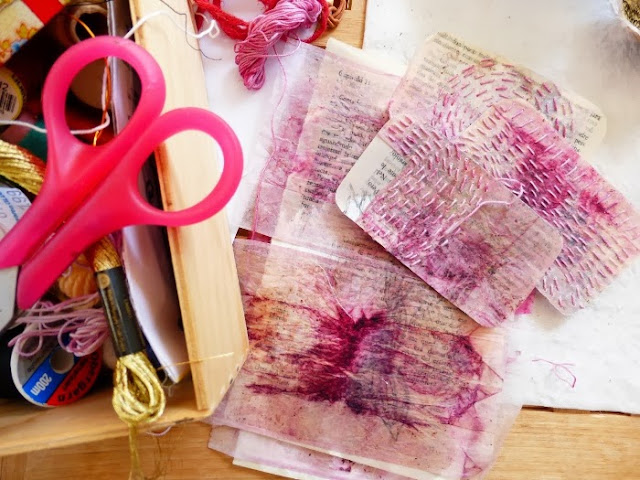 It's the same with this manuscript I have. (Y'all didn't think I'd shut up about it just because November is over, did you? Silly!). Not that having a few hundred pages of words is anything like having a child. I'm definitely not cleaning up after it, and  it doesn't scream at me at 2 a.m., but it's something that I love and that is a part of who I am.

It's nowhere near finished. And the part of me that hates crafting mumbles and groans. It's messy. It's disorganized. It's a chaotic web of characters and suffering story lines.

Then I read a sentence where I've said exactly what I meant. A few words are strung together and a trap door falls loose, and I'm dropped into the little world that I've created. It's not an Austen, or a Bronte, or even a Rowling, but I made it.

And then I realize that I am a craft. That I am messy. And disjointed. And smudgy, and at times not very well put together. Maybe my disdain for crafts comes from my willingness to be complete. To be solid and stitched together. To be done with learning and changing.

Maybe there's a part of God that loves me like my friend loves his daughter. Or like how I am becoming friends with my story again. Maybe God sees what we have the potential to be, and loves pruning and guiding and teaching us. Telling stories through our lives.

Maybe God loves his craft. His little majestic works in progress. Each of us. Every part of us. Mess and all.