Our Story: Living on Mission

Anne blogs at Front Porch, Inspired about surrendering everyday living for sacred purposes. She and her husband, Jay, are founders of a ministry called The Bridge, focusing on missional living and advocacy for youth in vulnerable places of life. She holds an MA in Teaching Languages (TESOL and Spanish) and is a lover of words and the Word, culture and communication. Jay and Anne have five kids, a front door that can’t stay closed, and an abundance of messy, holy chaos at their neighborhood center/home in Iowa – of all places. 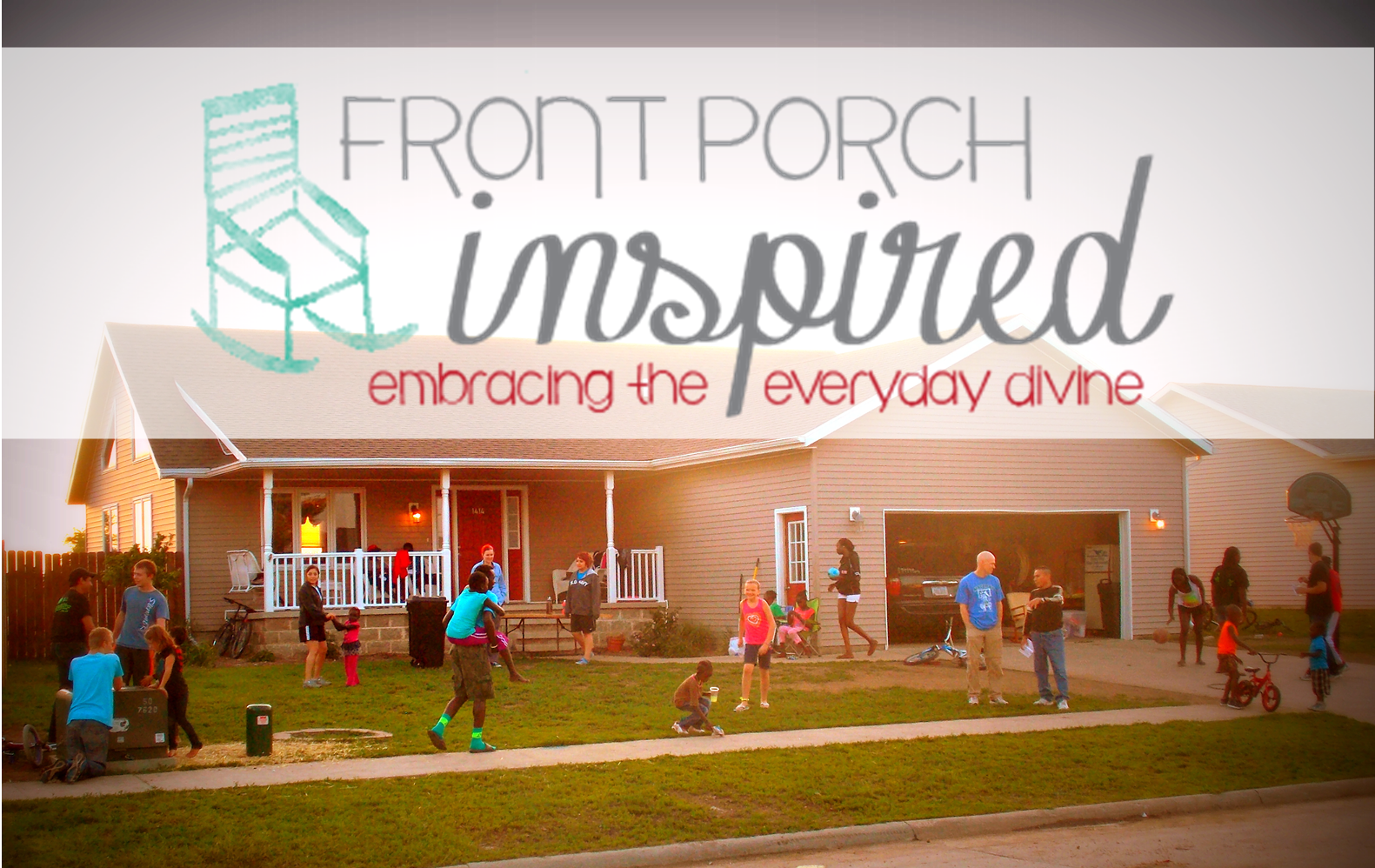 Well, not part of our plan, that is.

Jay's degree is in Agricultural Engineering but after a number of years at a local firm, he found he preferred to be outside, working with his hands and building things. We started flipping houses, and he began his own business as a general contractor. After some time, Jay found out about a house that had been used only as a model home and that had had a fire. We purchased the home for a great deal, but then had to scramble to find a lot to put it on.

There were no lots. Anywhere.

We had movers all arranged, the police were notified, electricians, and city officials were ready to move the house... and we were still trying to figure out a property for the house.

We really wanted to put the house in the country somewhere. We were thinking of a quiet, peaceful setting in which to raise our kids... God has a great sense of humor.

The day before the house-moving day, we finally were able to purchase a lot. It was at the very north end of our city. It was not what we were expecting or wanting. So, we decided we'd remodel the house and just sell it, as we'd done many times previously with other homes.

Here we are, moving the house:

We hardly knew this little world even existed. We started to dream of connecting some of the new friends in our neighborhood with our friends from work, church, and school... there were so many ways they could impact one another. We started to talk about "bridging" the gaps and "being a bridge" in this community. Mainly, we started to love the kids.

Meanwhile, it took time for the house to be finished. Many repairs were needed, and a basement had to be dug.

During that time, we would go to the house frequently to work. Each time, we'd become more connected to the neighborhood.

At the same time, we had begun the application process to be ministry workers with Christ For the City International...and we were seriously considering moving to Mexico to serve at a camp there. In fact, during 2010, we visited the camp and started making plans to move.

Yet, while trying to prepare to move to Mexico as missionaries, we kept tripping over our neighborhood.

The very activities we thought we'd be doing in Mexico - working with youth, teaching English to adults, camps, etc - needed to be done right here in our community. Then, one day a man from Africa came up to our house and asked us if we'd help him study his Bible. We hardly had time, as we were busy preparing to be missionaries - and suddenly the irony of it all was too startling to continue denying.

Deep down, we couldn't make sense of the idea of staying in our own city as missionaries. We didn't like the idea at all, to be honest. In fact, we announced to everyone we were going to Mexico, mainly because it just seemed far more logical. As soon as we'd announced it though, we knew it wasn't going to happen and that God had not released us to go to Mexico; instead, we needed to let go of all our preconceived notions, ideas, and - yes, pride - and follow His call to this mission field in NW Iowa.

So, we stayed. We moved into that house instead of selling it, and we became missionaries with CFCI - full-time ministry workers in NW Iowa, of all places.

We approached our city as missionaries and opened our door to the ends of the earth living around us.

The rest is history. God continues to develop, move, and inspire His people to glorify Him through this work. It's an adventure, and we are privileged to be part of it.

Visit Front Porch Inspired for more posts on living on mission, and drop me a line! I'd love to hear from you.

Anne blogs at Front Porch, Inspired about surrendering everyday living for sacred purposes. She and her husband, Jay, are founders of a ministry called The Bridge, focusing on missional living and advocacy for youth in vulnerable places of life. She holds an MA in Teaching Languages (TESOL and Spanish) and is a lover of words and the Word, culture and communication. Jay and Anne have five kids, a front door that can’t stay closed, and an abundance of messy, holy chaos at their neighborhood center/home in Iowa – of all places.