The Bible tells the stories of many women, but we don’t always realize the leadership lessons their lives speak.

Let’s take a look at 10 women who’s tales teach what it means to lead, to serve, and to love.

Miriam’s greatest act of leadership came early in her life when she assumed responsibilities no young woman should be asked to do. Miriam kept a close eye on her baby brother Moses as he was sent downriver in a papyrus basket. Moses’s basket found its way into the arms of Pharoah’s daugher, and Miriam dared to approach and offer a suitable Hebrew nursemaid, who, unbeknownst to the Egyptians, was her mother.

She continued to lead people in worship, and remained by Moses’s side throughout the Exodus, wandering in the wilderness with the Hebrew people. She was far from perfect: in Numbers 12 she was tempted with envy and lies, believing that her position was not enough, and set her sights on Moses’s position. God corrected her quickly and restored her to her people.

Leadership lesson: Do not be so sure of your skill that you try to place yourself in a position God has given to someone else.

Before Israel had kings they looked to judges to lead them. To be a judge you would need courage, but Deborah’s bravery must have begun at a young age, for she stepped into a position previously only held by men. It is difficult to dream of things you have never seen done, but she stepped up and sought freedom for her people from Sisera, a cruel Canaanite king. She knew that God was the one who went before them and went with her people into battle. Sisera was eventually brought to death with a tent peg that Jael plunged through his head, and Israel had peace for forty years.

Leadership lesson: Just because it hasn’t been done doesn’t mean you shouldn’t do it.

Scripture: The book of Esther

Esther was a hesitant leader, but eventually, she understood that, though she did not seek leadership, God had bestowed it upon her. The Persian king Xerxes needed a new queen after getting rid of his first one for disobedience. Esther won his heart but did not reveal her Jewish heritage as she stepped into her royal position. The king’s advisor Haman—in pursuit of his own glory—made a plan to exterminate the Jews. Esther’s uncle Mordeci sought her help. She was fearful, but Mordecai wrote to her with a reminder we all need when faced with the choice to act for God or not: “For if you remain silent at this time, relief and deliverance for the Jews will arise from another place, but you and your father’s family will perish. And who knows but that you have come to your royal position for such a time as this?” (Esther 4:13-14)

Esther, and followers of Christ in general, need to know that their times and places are not accidental but chosen. God was ready to move and Esther eventually decided to move with him. She went before Xerxes, even though doing so without permission could have cost her life, and in doing so saved her people.

Leadership lesson: The plans of God are not dependent on you, but you are invited to be a part of his amazing wonders.

Mary Mother of Jesus - The Mother

Mary was young when God chose her to carry the baby that would save the world. She was approached by angels, wise men came to visit her son, and she witnessed her son being crucified for sins he did not commit. Her faith sustained her through these times, and though imperfect, she handled the miraculous and the traumatic with a heart that trusted in God.

Leadership lesson: Treasure the ways of God in your heart and you will always be rich.

The Woman at the Well - The Woman with a Scandalous Past

The woman at the well is a beautiful example of a woman who has lived out the encouragement Paul gave to the people of Philippi in Philippians 3:13-14, “ Forgetting what is behind and straining toward what is ahead, I press on toward the goal to win the prize for which God has called me heavenward in Christ Jesus.”

In Messy Spirituality, Mike Yaconelli described the Samaritan woman’s haphazard but effective leadership, “After her conversation with Jesus, the woman at the well is just beginning a whole new way of living, but none of the facts of her life have changed. She is still living with a man who isn't her husband. She has still been divorced five times… Her faith is only a few minutes old and already she has become an evangelist, already she is having a huge influence on her community.” Her life was a mess, she met Jesus, and then she led others to find the living water that could save their souls. She didn’t wait until she looked more acceptable to others, she just started proclaiming the messiah has arrived!

Leadership lesson: Don’t let a lack of cultural qualifications keep you from sharing the message of God’s glorious grace.

Mary Mother of Mark - The Hostess

Mary was a common name in the times of Jesus, and this Mary is sometimes skipped over when we talk about the Marys in the life of the early church, but we cannot neglect the power of leading through hospitality. Peter had been arrested and the church needed a place to gather for prayer. And “Mary the mother of John, also called Mark” (Acts 12:12 ) allowed people into her home and let them bring their fears and hopes with them. They prayed and God sent an angel who led Peter out of prison and the church continued to grow. Many aren’t called to lead through teaching but anyone can lead by inviting others in.

Leadership lesson: Do not doubt the power of hospitality and opening your home.

Anna lived in the temple Mary and Joseph brought Jesus to for purification rights after birth. Simeon recognized the baby for who he was and declared that he would bring salvation to Israel. Anna was only married seven years before her husband died and left her a widow. She knew sorrow but she also sought God. She fasted, prayed, and was relentlessly faithful, and at 84 years she laid eyes on the Prince of Peace and went out to tell anyone who would listen that redemption had come.

Leadership lesson: You are never too old to work for the Lord.

Priscilla and her husband Aquila met and traveled with Paul for a time, but when their paths diverged they continued to share the message of Jesus wherever they went. Though they wished Paul could have stayed with them, the couple soon crossed paths with another man who was sharing the Scriptures and teaching about Jesus. His name was Apollos, and though he had knowledge about many things, Pricilla and Aquilla, “explained to him the way of God more adequately” (Acts 18:26). Their instruction to Apollos helped him to continue to grow in fruitfulness, and he became an important leader for the early church.

Leadership Lesson: When God doesn’t let us stay where or with who we want, he has a purpose for each of us, and we will find it if we remain faithful.

God opened the heart of Lydia to respond to the message of Paul when they met near a river. She was a woman of influence as a business owner, which was a rare position for a woman at that time, but even more important is that she was the first European Scripture documents as a believer.

Leadership lesson: You don’t need the world’s permission to respond to the calls of God.

When life is busy and we move through routines and daily responsibilities, we can be tempted to forget that the way we live our daily lives has an impact on the future. When Paul wrote to encourage Timothy as he led the church, he told him, “I am reminded of your sincere faith, which first lived in your grandmother Lois and in your mother Eunice and, I am persuaded, now lives in you also” (2 Timothy 1:5). We don’t know a lot about Lois but we do know she led her daughter and her grandson through her life of sincere faith. Her grandson grew to be an evangelist who shared the good news of Jesus Christ that saves souls.

Leadership Lesson: Those you lead are watching and following. May your faith be sincere.

Chara Donahue is a co-author of the Bible study 1, 2 & 3 John: Experiencing Transformation and is working on her next book. She enjoys serving as a biblical counselor, speaking to women, and savoring coffee when her four kids are out playing with dad. She holds an MSEd from Corban University, is passionate about seeing people set free through God's truths, and is the founder and editor of Anchored Voices. Get in touch with her on Facebook or Twitter. 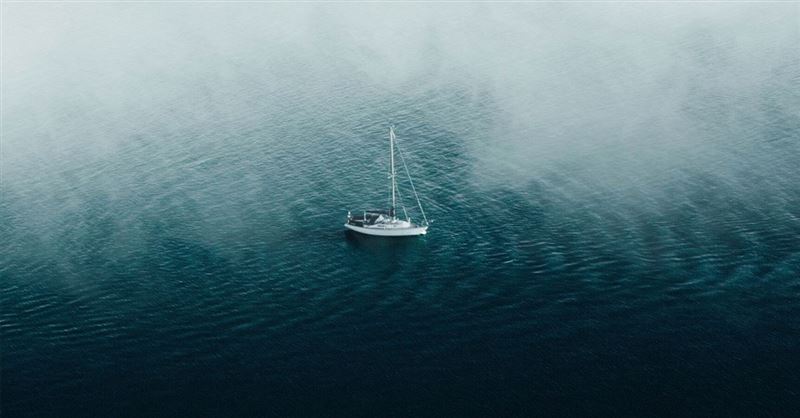 NEXT: 5 Signs You’re Drifting from God And 3 Ways to Reel It Back In

What Scripture Means by "the Just Shall Live by Faith"
When God Says "I Desire Mercy, Not Sacrifice"
5 Prayers for Justice in the Midst of Injustice
4 Prayers for Unity in All Circumstances

A Prayer for Our Nation - Your Daily Prayer - July 3