4 Warning Signs of a Pharisaical Heart

4 Warning Signs of a Pharisaical Heart

During his time here on Earth, there’s one group of people Jesus called out more than any other.

Adulterers? I don’t think so.

Murderers? I mean they’re bad, but no.

It was the Pharisees!

Time and time again, Jesus called out a group of religious people called the Pharisees for believing (and acting on the belief) that they were better than everyone else simply because they followed all the religious rules of the day. Even away from God, they thought they had life all figured out!

But that was a long time ago, surely we don’t have Pharisees yet today?

One quick look at social media shows us a different story. We (myself included) often sound the Pharisee that Jesus was talking about in Luke 18:

The Pharisee stood by himself and prayed: ‘God, I thank you that I am not like other people—robbers, evildoers, adulterers—or even like this tax collector. I fast twice a week and give a tenth of all I get. – Luke 18:11-12

If you didn’t pick up on it, he’s “praying” about how great he is.

On Facebook, at the office, with our family, this is so often what we sound like. But what God desires for us is to sound more like the sinner in Jesus’ story—

Next to the Pharisee, the tax collector is praying—looking down at the ground and asking God to have mercy on him for his sins. Jesus ends the story with this takeaway:

Truth is, Pharisees are still around today. They may not look like guys with long beards dressed up in robes—actually today they look a lot more like you, and like me.

How do you know if you have a Pharisaical heart? Here are four ways to tell (that hopefully help us to change our hearts for the better).

1. You’re Eager to Point Out Others’ Flaws

The first symptom of a Pharisaical heart is this eagerness to tell other people what they’re doing wrong.

I heard about what you did. Disgusting! I thought you were a Christian. Doesn’t look like it!

You’re interpreting that verse of the Bible all wrong. Here’s what it actually means.

Did you know she’s sleeping around? I’m surprised she even wants to come to church!

If you’re eager to “speak the truth” to someone, it’s a sure sign that you’re not actually ready to do just that.

Examine your own heart first, really look at why you’re so excited to point out the flaws in the person you’re confronting, and choose to work on yourself before calling out someone else.

Only until we fully understand our imperfections and come to deeply love another person, should we even begin to consider pointing out any flaws of others.

2. You Get Defensive When People Point Out Your Flaws

This builds right on the first sign that you have a Pharisaical heart—while you might be eager to point out the shortcomings in those around you, you get overly-defensive whenever someone “dares” to say that you’re less than perfect.

Oddly enough the people (Pharisees) who were the loudest in criticizing Jesus, were also the same group of people who quickly looked to kill him when he challenged them.

We all have flaws—big ones and smaller ones—none of us are perfect.

If your first reaction when someone says you could work on this or that in your life is to get defensive and lash out at them, then this might be a sign that your heart is becoming a lot like a Pharisee.

We should be particularly welcoming of input from those who are closest to us, and who we know love us. We should be quick to invite feedback rather than putting our guard up! If we're not, we may be missing out on the ways Jesus desires to mature us.

3. You’re an Expert on Everything

You know how to parent kids, and you don’t even have a kid.

Yeah, they were so wrong! I mean, I’m not an expert, but it could have been done so much better!

The pastor isn’t going “deep enough” on a Sunday morning.

And Lebron James? Yeah, you’re a better basketball player than he is.

When you have a Pharisaical heart, your worldview is cut on hard lines. It’s all or nothing. This is the right way...and everything and everyone else is wrong. There is no gray, no in-between.

If you think you’re an expert on everything (and especially if you know it) you might have the beginnings of a Pharisaical heart.

Last, but probably the most devastating symptom of a Pharisaical heart, is when we forget our own deep need for Jesus and his grace and forgiveness.

We all need Jesus, desperately, but when our hearts become more Pharisaical than humble we tend to forget how great that need is. The insignificant sins of others are magnified while your own blatant sins are minimized.

I’m just deeper than most Christians.

Yeah, she parties all weekend long. I’d never say it to her face. But I can’t believe it. #gossip

I have reasons for the things I do, but they? They have everything perfect and they still mess it up. #jealous

When we forget how great of a need we have for Jesus, each and every day, something fundamental changes in us. We stop viewing each day as a gift, and instead look at our lives as a thing we’ve earned.

Hope for Every Heart

How can we know we have a Pharisaical heart? If we’re eager to point out the flaws in others, get defensive when people point out our flaws, we think we’re an expert on everything, and we’ve forgotten our deep need for Jesus. The good news is, now that you know the symptoms, you can run after the cure: Jesus!

Let’s humble ourselves, doing the work to run away from becoming Pharisees ourselves. 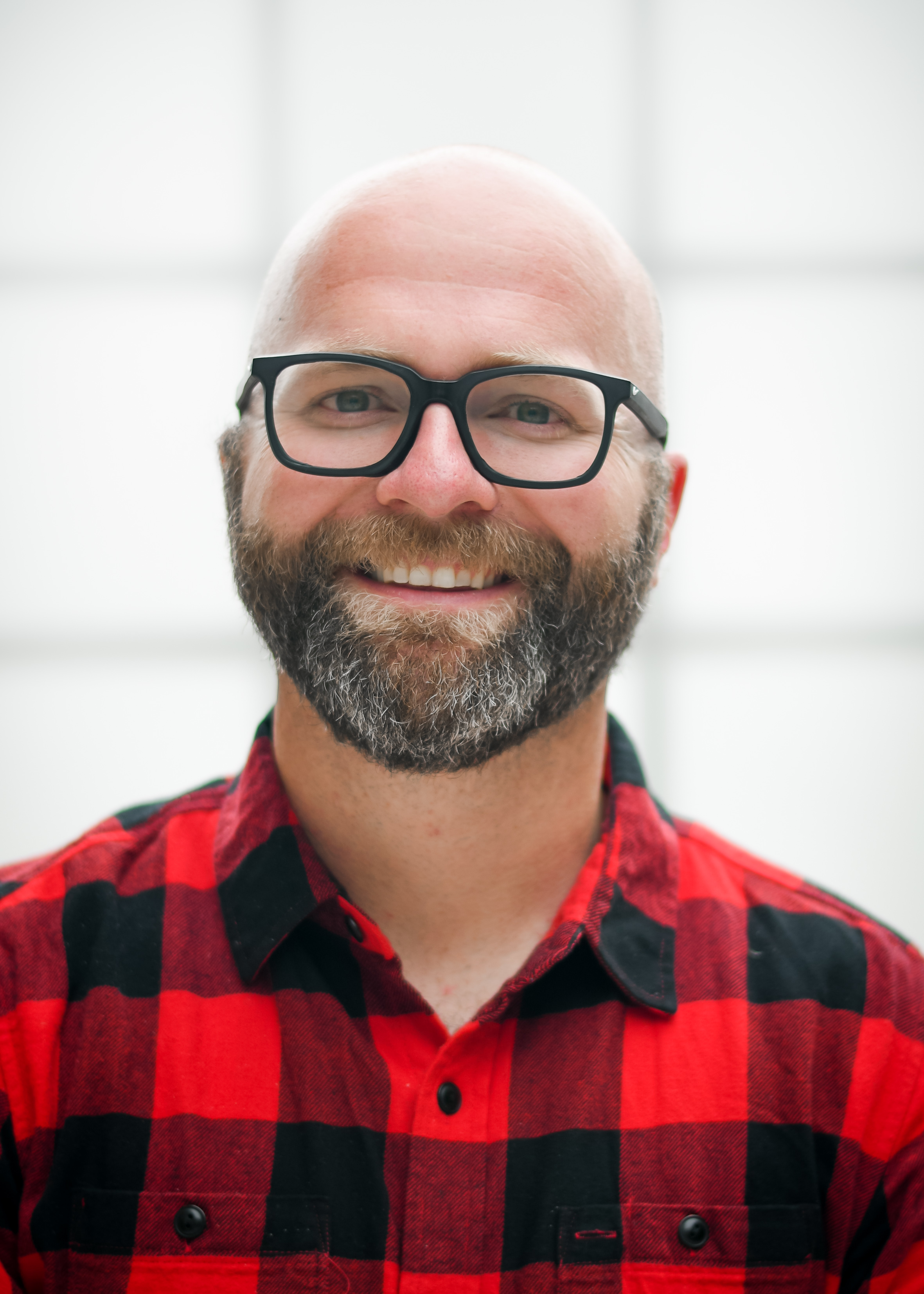 Adam Weber is the founder and lead pastor of Embrace, a multi-site church based out of Sioux Falls, South Dakota. He’s the author of Talking With God, and Love Has A Name: Learning to Love the Different, the Difficult, and Everyone Else (WaterBrook, available 8/25/20). He also hosts a podcast called The Conversation with Adam Weber. Adam still cheers for the Cincinnati Bengals but no longer drives a Rambler. He’s married to his wife, Becky, and has four kids: Hudson, Wilson, Grayson, & Anderson. He also has seven chickens, two dogs, & three fish, but what he really wants is a sheep. Follow Adam on Instagram (@adamaweber) and Twitter (@adamweber), or find out more at adamweber.com. 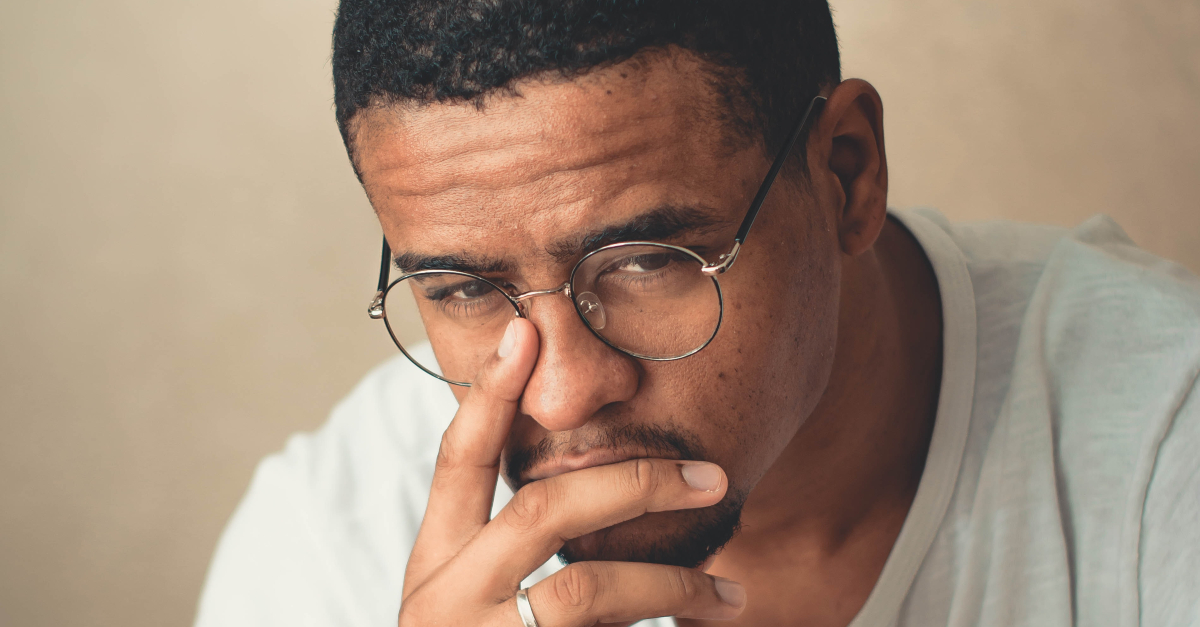 NEXT: 7 Signs Satan Is Messing with Your Mindset

7 Ways to Know That God Is Right Next to You
10 Most Encouraging Bible Verses That Will Uplift Your Heart and Soul
10 Prayers for Finding Your Purpose
10 Great Ways Wives Can Serve Their Husbands (Yes, Serve!)

7 Signs Satan Is Messing with Your Mindset

10 Most Encouraging Bible Verses That Will Uplift Your Heart and Soul
Crosswalk.com Editorial Staff

How Are You Called by Faith to Fight for Others?
Victoria Mejias