The Meaning and Importance of "Emmanuel" - God with Us
Tweet

The Meaning and Importance of "Emmanuel" - God with Us

The Meaning and Importance of "Emmanuel" - God with Us

What Does Emmanuel Mean?

It’s a word written on countless Christmas cards throughout the centuries and sung in some of our most-loved carols. In Scripture, it first appears in Isaiah 7:14, which says, “Therefore the Lord Himself will give you a sign; The virgin will conceive, and give birth to a Son, and will call Him Emmanuel” (NIV).

The Lord Himself will do this, Scripture says. In other words, this act, which occurred in the birth of Christ, was God-ordained and God-accomplished. This points to grace, which comes not through human effort but rather through relying on God to do what we humans cannot. This was the reason Christ came. God gave us this child, named Emmanuel, which literally means, “with us is God,” or “God with us.” 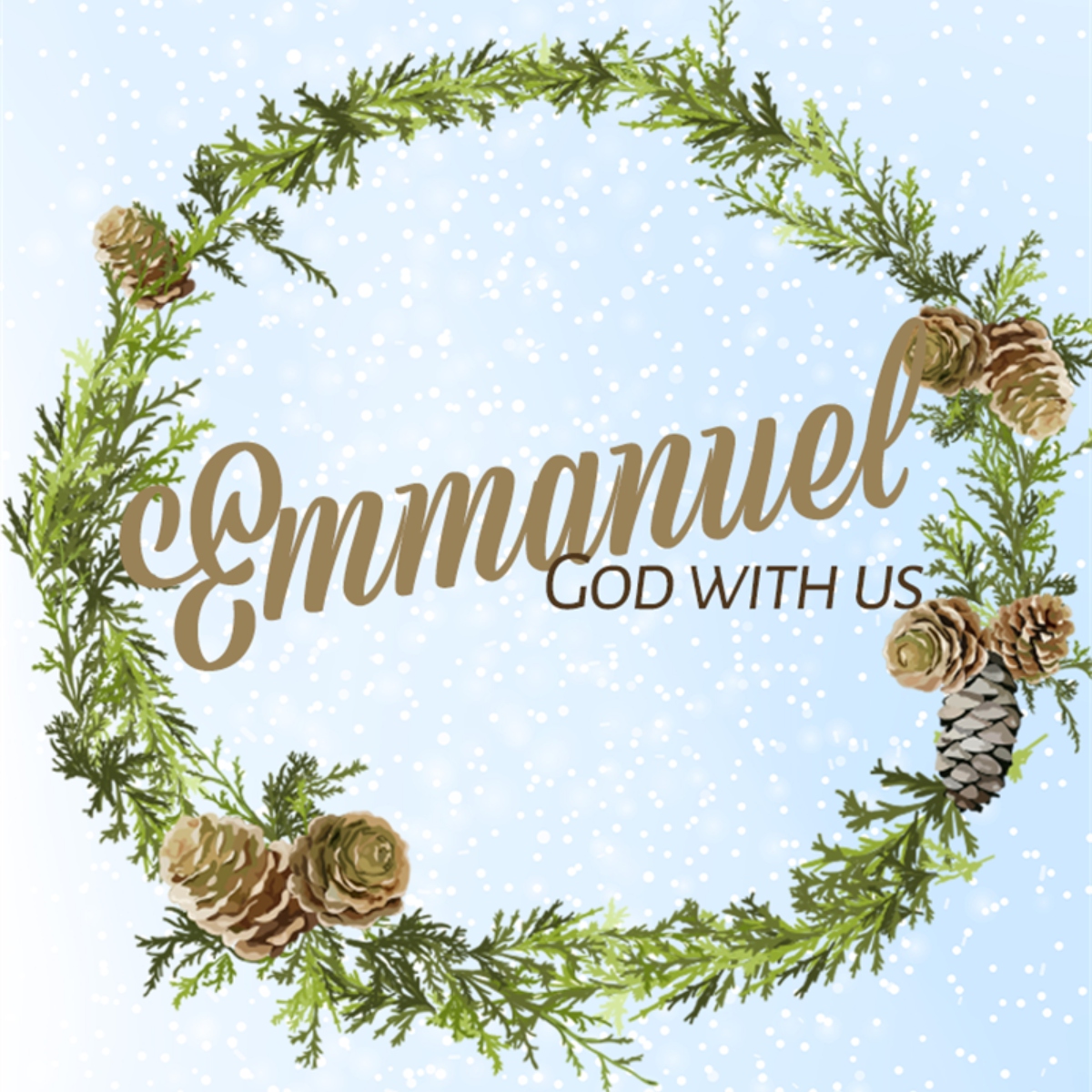 What Emmanuel Means For Us

In truth, God is and always has been with us. He is omnipresent, which means He is everywhere all the time. Speaking of God, the ancient psalmist David wrote, “Where can I go from Your Spirit? Where can I flee from Your presence? If I go up to the heavens, You are there; if I make my bed in the depths, You are there. If I rise on the wings of the dawn, if I settle on the far side of the sea, even there Your hand will guide me, Your right hand will hold me fast” (Psalm 139:7-10 NIV). And in Jeremiah 23:23-24, God said, “‘Am I only a God nearby,’ declares the Lord, ‘and not a God far away? Who can hide in secret places so that I cannot see them?’ declares the Lord. ‘Do not I fill heaven and earth?’ declares the Lord” (NIV).

God has always been present, throughout the universe. But He’s been present with His people as well. This was what made Him so different from all the false gods the pagan nations worshiped. Through a select group of people, the Jews, He revealed Himself as I Am—a present, personable and knowable God—to all people, triggering within them a hunger for intimacy with their Creator.

He created mankind for relationship and throughout humanity has revealed, generation by generation, how we are to relate to Him. But we rebelled against Him again and again, and though He remained with us, in the sense that His presence fills all of reality, this wasn’t true in a relational sense. Our sin separated us from Him, and this drove God to action. Through a baby, Emmanuel, He drew us close despite our sin, in a way the ancient world never could’ve imagined.

How Is Emmanuel Used in Scripture?

God first spoke the promise of Emmanuel to ancient Judah’s king Ahaz. It was a tumultuous, rebellious, and fearful time for the king and his people when Assyrian forces occupied the land. God offered King Ahaz a choice. He could trust in God or suffer defeat from his enemies. In Isaiah 7:9b, God said, “If you do not stand firm in faith, you will not stand at all” (NIV). Then, God offered him a sign, but Ahaz refused, so God gave His own sign, one that would be fulfilled long after Ahaz’s demise. “The virgin will be with child and will give birth to a Son, and you will call Him Emmanuel. He will eat curds and honey when He knows enough to reject the wrong and choose the right” (Isaiah 7:14, NIV). 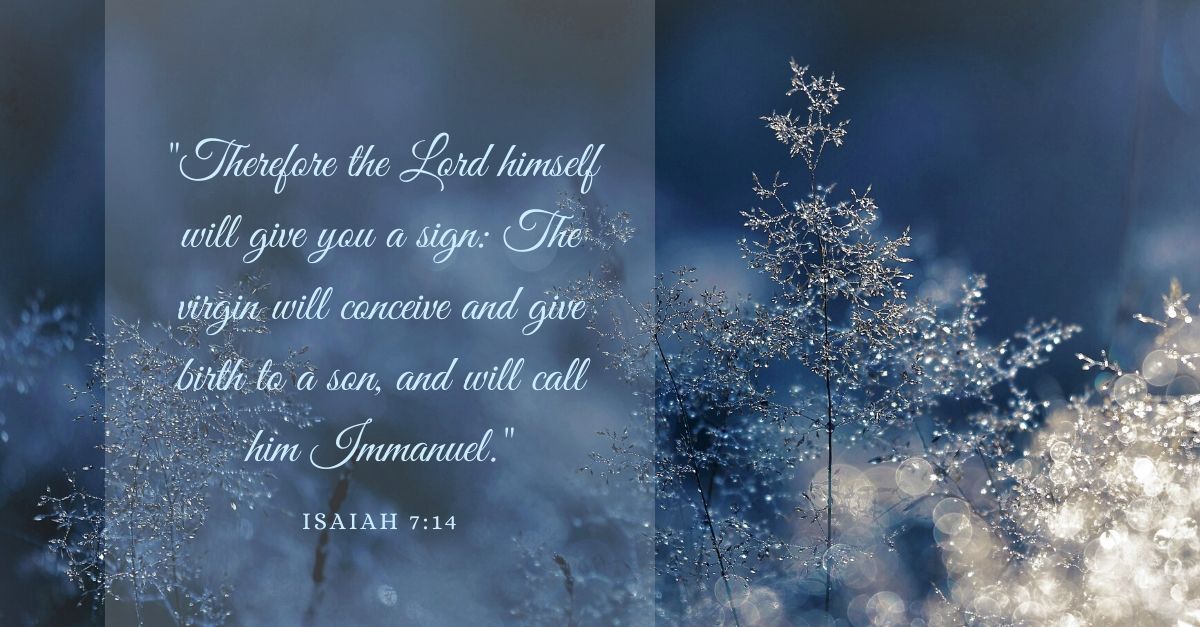 In other words, this child God promised would be entirely different than all the others born before or after Him, for whereas others ultimately, though they knew what was right, chose wrong, Christ would not. He would be and was sinless, without fault.

Continuing on, God told King Ahaz, though destruction was coming to Emmanuel’s land, God was still with His people and His plan would stand (Isaiah 8:8).

Matthew 1:20-23 tells us this ancient, hope-filled prophesy came true in Jesus. You may be familiar with what’s often called the Christmas story. Mary, a young woman from Nazareth, was betrothed to a man named Joseph. But before they consummated their relationship, she became pregnant, while a virgin, by the power of the Holy Spirit. When Joseph learned about this, he determined to divorce her quietly. But an angel of the Lord appeared to him and told him not to be afraid to take Mary as his wife, “because what [was] conceived in her [was] from the Holy Spirit.” Matthew tells us, “All this took place to fulfill what the Lord said through the prophet: ‘The virgin will be with child and will give birth to a Son, and they will call Him Emmanuel—which means, ‘God with us’” (NIV).

Why Was Jesus Named Emmanuel?

The New Testament makes it clear, Jesus, God’s Son, was the fulfillment of Old Testament prophesy. He was the long-promised Emmanuel, sent by God to save His people and usher in a new kingdom. He came as the mediator between God and man, as our Redeemer, Savior, and Friend. Two thousand years ago, God looked upon our sin-ravished world, saw our hopelessness and all our futile attempts to make ourselves right with Him, and He did what we could never do—He came to us. When Christ came to earth, He quite literally became “God with us.”

But He did so much more than enter our humanity. He lived among us, showed us the way to the Father, then paved that way Himself through His death on the cross. In today’s culture, it’s easy to downplay or excuse sin, but to God, all sin is an affront to His love and faithfulness. It’s rebellion against our Creator, our very good Father. Scripture tells us, without the shedding of blood, there is no forgiveness of sin. This is why, from the beginning of time, God’s people offered sacrifices. They received atonement through the blood of an animal, most specifically, a lamb without blemish.

Jesus became that lamb. The Sinless Son of God took our sins upon Himself. He paid the penalty we deserved and died in our place, and three days later, He rose from the grave victorious. Because of His death and resurrection, all who believe in Him have been declared not guilty and have been granted new life.

But Christ gives us so much more.

How Does "God with Us" Change Everything?

Because of Christ’s death and resurrection, we truly can receive the gift of “God with us.” Not just with us, as a friend who walks beside us, though He indeed does that. But God with us, as in He comes to live inside us, giving us strength in place of weakness, courage in place of fear, and vibrant life in all those dark places that once felt dead.

On the night before He died, Jesus promised He would send us an Advocate, a Spirit of Truth, who would come to “live with” us and “be in” us. This was something altogether new! No longer would men need a priest to mediate between them and God, because He Himself would be their teacher. He would be closer than their next breath.

Because of Jesus, Emmanuel, we never have to be alone. We never have to wonder how to please God or worry if our efforts aren’t enough. We can simply rest knowing He is with us, in us, loves us, and will never leave us.

This Christmas, may we all enjoy the gift of Emmanuel.

Jennifer Slattery is a writer and speaker who’s addressed women’s groups, church groups, Bible studies, and writers across the nation. She’s the author of Hometown Healing and numerous other titles and maintains a devotional blog at JenniferSlatteryLivesOutLoud.com. As the founder of Wholly Loved Ministries, she and her team love to help women discover, embrace, and live out who they are in Christ. Visit her online to find out more about her speaking or to book her for your next women’s event, and sign up for her free quarterly newsletter HERE to learn of her future appearances, projects, and releases.

Jennifer Slattery is a writer and speaker who hosts the Faith Over Fear podcast. She’s addressed women’s groups, Bible studies, and writers across the nation. She’s the author of Building a Family and numerous other titles and maintains a devotional blog at JenniferSlatteryLivesOutLoud.com.

As the founder of Wholly Loved Ministries, she’s passionate about helping women experience Christ’s freedom in all areas of their lives. Visit her online to learn more about her speaking or to book her for your next women’s event  and sign up for her free quarterly newsletter HERE  and make sure to connect with her on Facebook and Instagram.

5 Prayers for Discovering Hidden Strength
10 Obvious Signs You are Not a Mature Christian
How to Boost These 10 Daily Activities with Prayer
Does God Promise Everything Will Be Alright?

What Would the Apostle Paul Say about Wearing Face Masks?
Rev. Kyle Norman