A Sincere Prayer for When You’re Struggling with Envy
Tweet

A Sincere Prayer for When You’re Struggling with Envy

A Sincere Prayer for When You’re Struggling with Envy

There’s nothing quite like that first scroll through social media in the morning. Still groggy-eyed and only half awake, I thumb through the polished pictures. In the first five minutes of my day, I’ve let my mind wander down the path of discontentment and envy. I want what they have. I set my feet on the floor and walk to the kitchen to start my day of nose wiping, lunch making and mess cleaning. Boy do I really want what they have instead of this!
Tweet

There’s nothing quite like that first scroll through social media in the morning. Still groggy-eyed and only half awake, I thumb through the polished pictures. A close friend just returned from a Caribbean vacation, she looks so happy and carefree enjoying the sun and sand. Another friend just got a promotion at work, I try to imagine where I might be in my career if I hadn’t made the choice to stay home with my children. Someone else is sharing pictures of their home remodel and they are the gold standard of Pinterest perfection. I glance at the bare walls of my house that is one bedroom too small for my family and I wonder when it will be our turn to have a home that we don’t have to squeeze so tightly into.

In the first five minutes of my day, I’ve let my mind wander down the path of discontentment and envy. I want what they have. I set my feet on the floor and walk to the kitchen to start my day of nose wiping, lunch making and mess cleaning. Boy do I really want what they have instead of this!

Envy Blinded the Pharisees to Who Jesus Was

There was a group of people in the Bible who struggled with envy as well. They were the religious leaders who oversaw the temple and the teaching of the law during the time that Jesus began his public ministry. Throughout the gospels Jesus confronts the self-image-obsessed (Matthew 23:5), greedy (Matthew 23:27) and stubborn hearted (Mark 3:5) Pharisees. But the Pharisees couldn’t see who Jesus was, they could only see that his teaching was a threat to the success of their religious establishments. And they envied him.

People who were once following the Pharisees were beginning to follow Jesus and because of the deep envy in their hearts they connived and carried out a plan to put Jesus to death. They were so preoccupied with their own notoriety, success and wealth that the Savior of the world was standing in front of them, but they couldn’t see him for who he was, they only saw him as someone who had what they wanted.

It didn’t take long for them to find someone within Jesus’ inner circle who was also willing to betray him out of greed. Judas agreed to deliver Jesus to them for 30 pieces of silver. Scholars agree that today that amount of silver would be worth about two hundred dollars. Judas, who had been following Jesus closely and had heard his teachings and seen him perform miracles was bought by such a small price.

After Jesus was captured, he was brought before the governor Pilate to determine his fate. Even Pilate knew that Jesus had committed no crime but was being set up by the Pharisees. Matthew 27:18 says, “for he [Pilate] knew it was out of envy that they had delivered him up.” Yet still Jesus was led to death on a cross because of the jealous hearts of the Pharisees.

The Pharisee's hearts remained calloused against Jesus until the moment he died, but Judas had a different story. Listen to Matthew 27:3, “When Judas, who had betrayed him, saw that Jesus was condemned, he was seized with remorse and returned the pieces of silver to the chief priests and the elders. “I have sinned,” he said, “for I have betrayed innocent blood.””

Judas realized too late that he had given up something of priceless value, Jesus, for something that was worth far less than he had thought. The money didn’t satisfy him, it caused him intense regret.

Envy Blinds Us to the Priceless Value of Christ

If we aren’t careful, envy will have the same result in us that it did for the Pharisees and Judas. Envy comes from an unhealthy craving for success, notoriety, appearance, and possessions. Envy leads to silencing Jesus’ voice in our lives and instead listening to the desire for more.

Envy wants to be elite—Jesus left his place at the table to wash the disciples’ feet as a servant.

Envy wants to be affluent—Jesus taught that we should give all we have to the poor and build up treasure in heaven.

Envy wants to be known and admired by others—Jesus sought anonymity and cared nothing for his reputation, regularly socializing with people who were viewed as outcasts and rejects.

When we let jealous thoughts grow, when we run after the things others have that we want, when we let discontentment tell us that we need more than we have, then we’re pursuing the opposite of what Jesus lived and taught. We’re trading a life close with Christ for a life of the successes, wealth, and recognition we desire—just like the Pharisees. 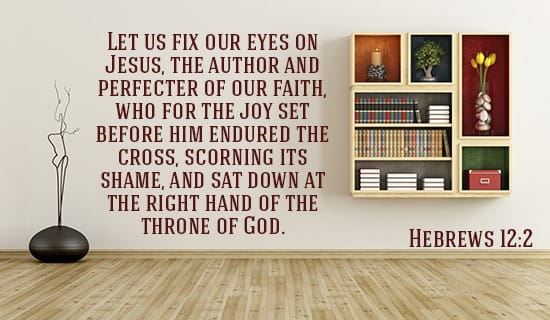 Are You Entangled in Envy? It's Time to Throw it Off

What if instead of fixing our eyes on when we can get a new car or the latest iPhone, we chose to fix our eyes on Jesus? Would we see that he’s been asking us to take a meal to the elderly neighbor down the street? Would we hear him tell us to buy the groceries of the person in front of us at the store? Would he whisper to us that our latest bonus was meant to bless a family member in need more than it was meant to bless us?

Hebrews 12:1-2 says, “Let us throw off everything that hinders and the sin that so easily entangles. And let us run with perseverance the race marked out for us, fixing our eyes on Jesus.” Envy is something that we must throw off so we can live the life God has for us unhindered!

If only I had a husband…

If only I had more money...

If only I had had more people to help me…

If only I had a less stressful job…

Do any of these sound familiar? If we’re trapped by the idea that we must have what others have then we may not even be able to cross the starting line of running the race God has for us! Today, God is asking you to lay aside every thought you have about how your life, possessions and accomplishments aren’t enough. It’s time to run your race with nothing holding you back!

A Prayer for When You're Struggling with Envy:

Here’s a sincere prayer you can pray when you’re struggling with envy:

Lord, I lay my heart and my desires before you. Search my heart, know my thoughts and see if there is any grievous way in me. Show me where envy has caused me to pursue more over pursuing you. Realign my heart with your will for my life!

I want to be content in you! I want to think about serving others and bowing low as often as you did. Today, show me how to give of myself to those around me as I am at work, at home and everywhere in between.

This article is part of our Prayers resource meant to inspire and encourage your prayer life when you face uncertain times. Visit our most popular prayers if you are wondering how to pray or what to pray. Remember, the Holy Spirit intercedes for us and God knows your heart even if you can't find the words to pray.

How Can Christians Guard Against Imbalance between Faith and Politics?
10 Lies You’ve Been Told about Womanhood
10 Prayers to Make Your Time with God More Personal
99 Small Ways to Communicate Respect to Your Husband

5 Healthy Ways to Recover from Growing Up in Legalism