Read a Book, Love Your Neighbor

Read a Book, Love Your Neighbor

When we read deeply, we are practicing the kind of care and attention that leads us to think and act wisely in our own lives before God, and with others.
Tweet

I have a confession: sometimes when I’ve finished a really good novel, I miss the characters badly. I worry about what’s going to happen to those whose fates are left mysterious; I grieve for those who have suffered or died, I rejoice over marriages and babies and feel and think all sorts of things about people who don’t actually exist.

But of course, there’s nothing unusual in that confession; it’s the thing that keeps us turning pages -- immersing ourselves in an imaginary world and caring deeply about the people that live there, and what happens to them. If we didn’t care, we wouldn’t continue reading. And the best books, I think, are those that make us care the most deeply.

People have debated the value and potential of stories -- particularly the fictional kind -- for millennia. Plato felt that his ideal republic should exclude poets because of their extraordinary power over the imagination, and a great many parents and teachers have spent a great deal of time fretting over the effect certain books might have on kids.

Yet even as people have struggled to make sense of what feels like a need for stories that simply aren’t true, we can’t seem to stop ourselves. And most of us have a sense that reading is somehow good for us, even if we don’t know exactly why. That, too, is an argument that goes back a long way, although it has become less popular of late.

In a New York Times opinion piece last summer, George Currie insisted that we just don’t know for certain whether literature actually makes us “better,” more moral people. His sentiments echoed those of the literary critic Terry Eagleton, who decades before pointed out that Nazi commandants “whiled away their leisure hours” reading great literature:

“If reading did make you a better person,” wrote Eagleton, then it was hardly in the direct ways that [people] had imagined.”

Of course we do not know for sure that reading makes a person more moral. But scientists are increasingly able to explain what reading does to the brain. As Annie Murphy Paul wrote in 2012, brain scans have been able to show that our brains don’t distinguish between “reading about an experience and encountering it in real life” -- the same parts of our brains are stimulated.

Furthermore, brain scans also seem to indicate that when we’re reading fiction -- encountering imaginary characters that make us laugh, cry, or fume -- our brain seems to treat this activity as “something like real-life social encounters.” It’s not at all strange to wonder what happened after Elizabeth Bennett and Mr. Darcy finally got married.

This doesn’t tell us that reading makes us better people -- but it does tell us that reading is a way of experiencing the world, and, indeed, of meeting other human beings. And other studies in the past decade have indicated that there’s a connection between how much fiction people read and how empathetic and understanding they are toward others.

Caring about fictional people on the page, in other words, somehow helps us to care about real people in real life; researchers have discovered that books have this effect on children as well, helping them develop what scientists call “theory of mind”-- the understanding that other people have feelings and thoughts different from our own.

It is no accident that the Christian faith has been handed down to us through stories, albeit stories that we claim as truth. It was the story of Christianity that wooed C.S. Lewis to the faith, which is part of why he wrote fiction alongside his literary criticism and nonfiction: he understood that truth reaches us most deeply when it comes through story.

In his book The Company We Keep, literary critic Wayne C. Booth compared books to friends, as those of us who love reading are inclined to do:

“A [book] is, during the time one reads it, a friend with whom one has chosen to spend one's time. The question now is, ‘what does this friendship do to my mind? What does this new friend ask me to notice, to desire, to care about? How does he or she invite me to view my fellow human beings?’ ”

Karen Swallow Prior, professor of English at Liberty University, made a similar exhortation in an essay for The Atlantic last year, “The way we read can be even more important than what we read,” she noted. Thinking deeply about our literary ‘friends’ is much more than entertainment -- much more than loving reading, it may in fact be yet another way of learning to love our neighbor.

When we read deeply and carefully, getting absorbed into the lives of people we don’t know--and even the lives of people who don’t exist!--we are practicing the kind of care and attention that leads us to think and act wisely and well in our own lives before God, and with others. 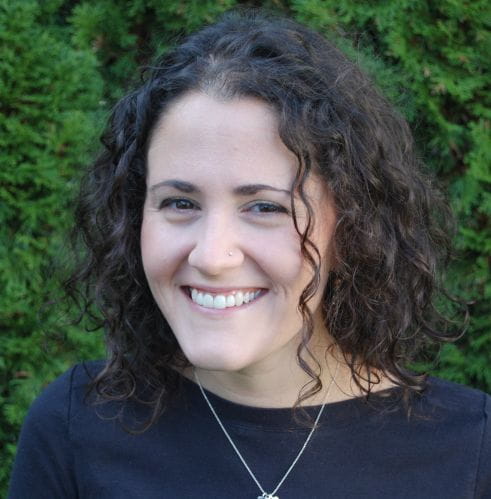 Rachel Marie Stone is the author of Eat With Joy: Redeeming God's Gift of Food. Her writing has appeared in Christianity Today, Sojourners, Books & Culture, RELEVANT, and others. She also regularly contributes to Her.meneutics. Rachel lives in Malawi, Africa with her husband Tim and two little boys. You can read more from her at her blog, or follow her @rachel_m_stone.

Is Your Truth God's Truth?