THE CRY OF EVERY HEART
Christine Wyrtzen

Whoever believes in me, as the Scripture has said, ‘Out of his heart will flow rivers of living water.  John 7:38

A person’s deep emptiness will only filled by a relationship with Jesus. Not only will it be satisfied but it will also overflow from the reservoir of life that Jesus pours in. That is the meaning of Jesus’ words here in John. Even on a bad day, a believer’s heart will spill out abundant life. Get that person talking about Jesus and the praise is free-flowing, even through tears.

It’s grievous to meet a person at the end of their lifetime and hear them say that their life has been wasted. After all the self-effort to be happy, to love and be loved, they admit to having no idea how to fill the emptiness inside. Such were the words, lately, made by the superstar, Neil Diamond. I can’t shake the sadness from hearing one of his interviews several weeks ago. He apologized to his multiple wives over and over again about how poorly he treated them and how easily he traded their value for his career. He struggles every day with regret.

Though admittedly lost spiritually and a poor role model to our generation, I have nonetheless appreciated his God-given talent. A classically trained and gifted musician, a deep and poetic lyricist, a master at knowing how to sell a song, he wrote upbeat classics like Song Sung Blue and Sweet Caroline. While these have been his most popular, I prefer his deeper material like Morningside, Hello Again, and his most famous self-portrait ~ I Am I Said. His ballads are painfully meaningful and are often begun with extensive string prologues to set the stage.

I Am I Saidis, by his own admission, a cry to be heard by someone who will really listen to his pain. The lament is expressed, not only in the lyrics, but in the very arrangement of the song.

Did you ever read about a frog who dreamed of being a king
And then became one
Well except for the names and a few other changes, if you talk about me
The story is the same one

But it won’t let me go

I’m not a man who likes to swear but I’ve never cared for the sound of being alone.

"I am"... I said
To no one there
And no one heard at all
Not even the chair

Most people don’t know that when they look up into the heavens and cry out in desperation, “Is anyone listening?” there really is. It is not a redundant question. Jesus is Life and the Life-giver. He invites anyone to step into union with Him. The great “I Am” envelops His child into his God-given destiny . . . to know His Creator, to live in Him, and to find Him the source of all joy and contentment.

I am praying for God to send a witness to Neil before it’s too late.

Father, You are still the beautiful answer to every cry of my heart. Amen 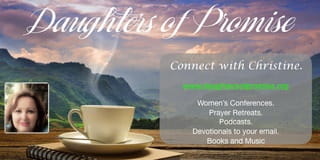 What the Bible Really Mean by “You Have Not Because You Ask Not”
Should Christians Be Concerned by the LGBTQ direction in Hallmark Movies?
What to Do When Marriage Feels Lonely
10 Fears Every Parent Struggles With
3 Ways COVID-19 Could Transform Us for Better or for Worse
10 Bad Habits That Christians Should Kick