A Picture of Love
By: Anne Peterson

Love is patient and kind; love does not envy or boast; it is not arrogant or rude. - 1 Corinthians 13:4

Mike and I were at the store, picking up a couple of items. I grabbed my shampoo, when I suddenly heard a man’s voice yelling. His words were harsh and demeaning, calling the woman he was with names. As I passed the aisle, I cringed and began praying for both of them. If this was how she was treated in public, I wondered what went on behind closed doors. It was a quiet ride home as I thought about them.

All of us are capable of saying things that are unloving. I’m sure all of us at one time or another have used tones that were harsh. But love is patient and kind…not arrogant and rude. God tells us to be kind and gentle. And every time we open our mouths, we have another chance to get it right.

I wondered two things as I recount that incident. How must that man have been treated for him to treat his wife like that? Secondly, what must that woman have endured to just stand there, accepting his behavior? I asked God to help me use words that are gracious. And if I am angry, I want to love my husband enough to patiently have a normal conversation.

I had an aunt and uncle whom I loved very much. I know my aunt probably loved my uncle, but you’d never guess that by the way she treated him. She’d call him stupid and often tell him he didn’t know anything. I felt bad for him. And when he’d try to retreat to a back room to escape her, she’d follow him, blasting him with her onslaught of words.

I learned from their interactions that I never wanted to be like her. Jesus was a gentle man. Even when he spoke hard truths, he did not belittle those he spoke to. He gave them dignity, respect. Everyone should be treated with respect.

Remember the old saying, “Sticks and stones may break my bones, but words will never hurt me.” It’s not true. Yes, we can physically get hurt by someone hitting us or throwing stones at us, but I have been deeply hurt by careless words, and I know I’m not alone. And the words that seemed intentional went in even deeper. Still to this day, I remember words said by my raging father.

Words are like spent arrows. Once they are out of our mouths, there is no retrieving them. And while we can ask for forgiveness, the person on the receiving end may need time to process and heal from thoughtless words. As adults, we cannot use the excuse we have never witnessed kind interactions. That doesn’t give us a free pass. If anything, those who have been treated unkindly know how it feels to be hurt by someone’s words. They can choose a higher ground. And if they are unsure of what to say, they can simply think of words they longed to hear themselves.

We don’t have to mirror sitcoms, which show a wife putting down her husband, ridiculing him to her friends. Instead, we can show the world what authentic love looks like. That it includes being kind. We can be gracious because God has been gracious to us. 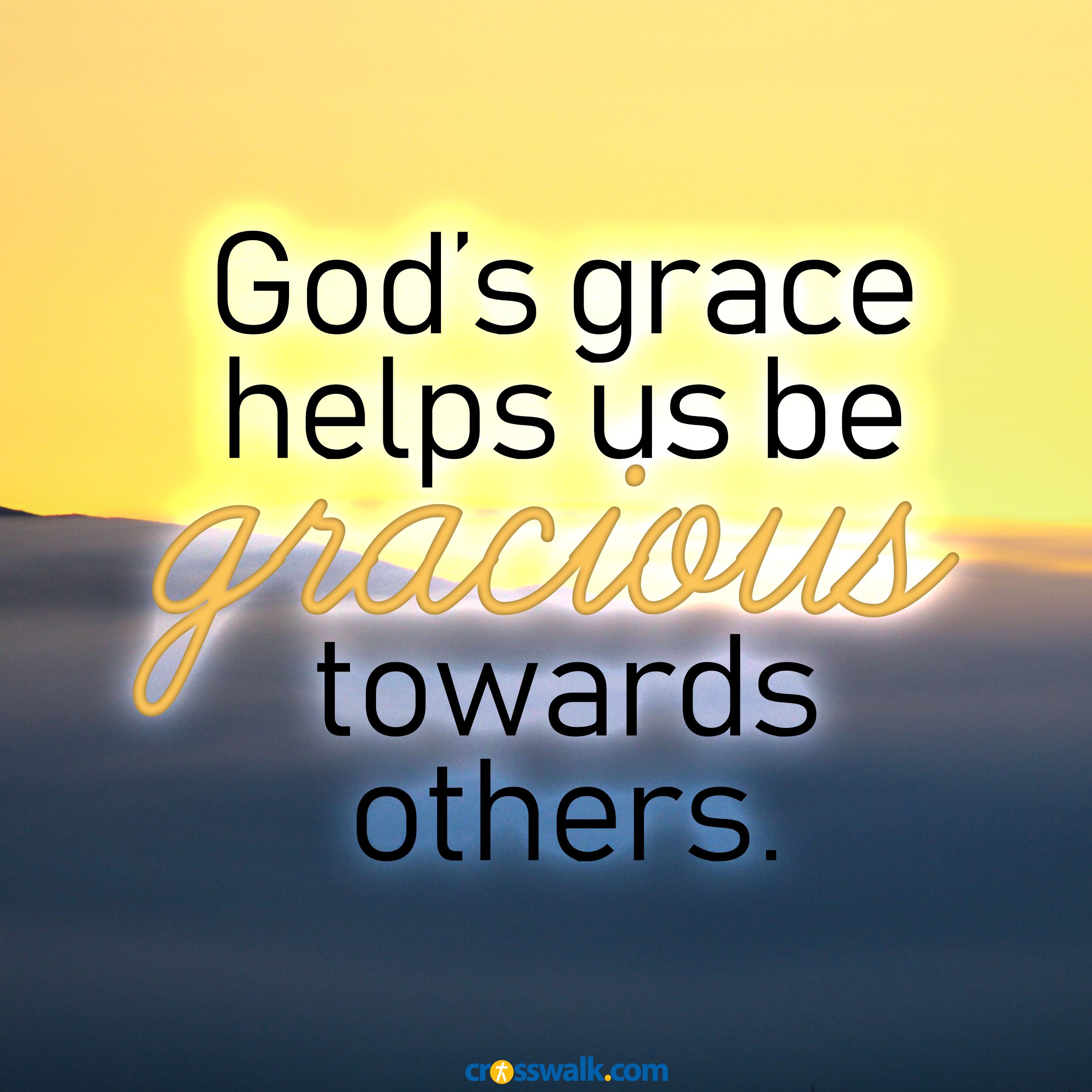 Grace is not something we meter out if we feel it’s deserved. We didn’t deserve grace, and yet, God is gracious to us. And because he was, we can be gracious to others in turn. What would the world look like if instead of harshness, people were gentle, and instead of being negative, people were encouraging? Acts of kindness draw others to God. They paint the picture God had in mind when he made man and woman. Two people walking side by side, looking out for each other —a picture of love.

Anne Peterson is a regular contributor to Crosswalk. She is a poet, speaker, published author of 14 books, including her memoir, Broken: A story of abuse, survival, and hope. Anne has been married to her husband, Michael, for 43 years. Sign up for anne’s newsletter at www.annepeterson.comand receive a free eBook. Or connect with her on Facebook.

From the moment your eyes open to the last minute of the day, your life is filled with nonstop action. If you aren't careful you can become so overwhelmed in meeting the demands of life that you forget to spend time with your Creator and Sustainer. Our daily devotionals written specifically for women in all walks and stages of life, will change the outlook of your day and give you the inspiration you need! Spending any amount of quiet time in the Word of God will refresh and encourage. Find a Bible devotion here and see how God can work through you to make today a joyful day!

Be Anxious for Nothing: 10 Practices to Give Anxiety over to God
A Prayer of Hope for New Beginnings
4 Ways to Teach the Easter Story to Your Kids
How to Talk about Privilege with Your Family
Church Is Not a Building: How to Worship during Coronavirus
A Triumphant Prayer for Palm Sunday

What Will Heaven Be Like? (5 Amazing Things We Can Know for Sure)
10 Signs God Is Telling You to Step Back and Take a Break
Praying for the Men in Your Life from Head to Toe
10 Signs of a Strong Marriage
9 Signs That God Is Opening a Door
Here Are 10 Things Selfish People Always Do in Relationships
A Prayer to Pray Before You Sleep
5 Reasons You Need to Make Church a Weekly Commitment

From the moment your eyes open to the last minute of the day, your life is filled with nonstop action. If you aren't careful you can become so overwhelmed in meeting the demands of life that you forget to spend time with your Creator and Sustainer. Our daily devotionals written specifically for women in all walks and stages of life, will change the outlook of your day and give you the inspiration you need! Spending any amount of quiet time in the Word of God will refresh and encourage. Find a Bible devotion here and see how God can work through you to make today a joyful day!