Catch the foxes for us, the little foxes that spoil the vineyards, for our vineyards are in blossom. - Song of Solomon 2:15 (ESV)

Song of Solomon is a fascinating book of the Bible, full of beautiful symbolism and metaphor. One of the more interesting tidbits is that of the fox. In Song of Solomon 2:15, the speaker is referencing foxes as an example of how small predators can create large problems. The speaker here--the bride--is acknowledging that her relationship with her beloved is "blooming". They're engaged, and she's enamored with his love for her. She wants to protect it at all costs from dangers big and small. She's being thorough and wise.

I told my daughter the other day that if she would remember to take an extra ten seconds to clean up something as she's done with it, then we wouldn't have to spend an extra hour in her room on a Saturday correcting the bigger mess. That's true in relationships as well. When we ignore the smaller things, the bigger things become less manageable and can quickly overwhelm us. This isn't to say we make every molehill a mountain, so to speak--there are certainly times in marriage when we need to take a deep breath, realize that our spouse is different than us, and choose not to be irritated by unimportant things. But we know the difference. When the lingering, building resentments and moments of bitterness and un-forgiveness go unaddressed and unacknowledged, we're not catching the foxes. 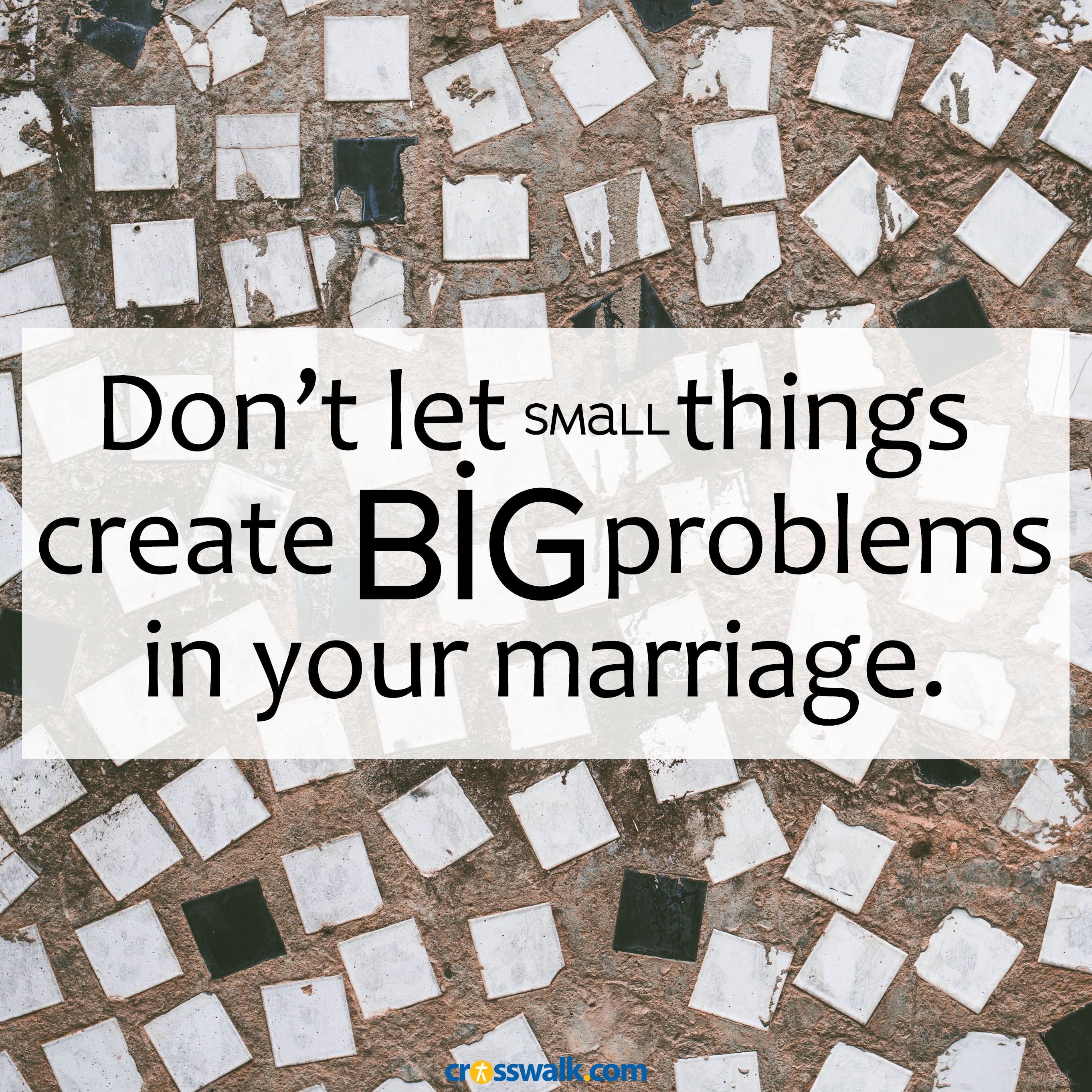 Foxes are mentioned several times in the Bible. The book of Judges references Samson tying fox tails together, while Ezekiel speaks poorly of Israel's prophets "as foxes among the ruins." Even Jesus spoke of foxes when he referenced Herod. Clearly, foxes were considered in this time as destructive and deceitful. Rounding up foxes is hard work, no doubt about it. It's easier, but more damaging in the long run, to let them run free. To think "one little fox can't hurt that much" is foolish. Because the next thing you know, you have six months of built-up anger, resentment, or bitterness brewing in your heart toward your spouse. That's a lot of damage.

Maybe you hold back from pointing out a fox to your spouse because you loathe conflict and would rather ignore your hurt feelings or offense to avoid an argument. On some levels, this might seem like taking the high road. But what you're doing is letting the fox run free to do more damage somewhere else.

Ignored conflict doesn't dissipate. Putting off or preventing a hard conversation doesn't make the need for the conversation go away--it simply stuffs it down until it grows and eventually pops out later (usually at the most inconvenient time possible, like on the way to church or dinner with the in-laws!).

I think it's interesting in this passage that the bride is the one pleading with her future spouse to catch the foxes. She's in love and realizing the dangers that will come to destroy their relationship. This could look like envy, jealous, fear, insecurity, sexual temptations, or a host of other things. She's imploring her beloved to take the lead that is his in Christ, and initiate action in this area of their marriage. She's using own gift of intuition as his helpmate to sight the foxes, but submitting to his leadership to round them up, which is by far the harder task.

If you feel like your marriage today is entertaining foxes, sit down together and pray. Have a heart-to-heart conversation and identify the destructive creatures in your relationship. The first thing to do is call them out for what they are. Then you can start rounding them up and doing the work of restoring any damage that has been done. It might be uncomfortable at first, but your marriage will thank you for it later.

Betsy St. Amant Haddox is the author of fifteen inspirational romance novels and novellas. She resides in north Louisiana with her drummer of a hubby, two story-telling young daughters, a collection of Austen novels, and an impressive stash of pickle chips. Betsy has a B.A. in Communications and a deep-rooted passion for seeing women restored in Christ. When she's not composing her next book or trying to prove unicorns are real, Betsy can usually be found somewhere in the vicinity of a white-chocolate mocha. Look for her latest novel with HarperCollins, LOVE ARRIVES IN PIECES, and POCKET PRAYERS FOR FRIENDS with Max Lucado. Visit her at http://www.betsystamant.com./

What Does the Bible Say about Neglecting Your Wife?
10 Things You Can Be Sure Are Not Fruit of the Spirit
10 Ways the Church Can Speak Love to Black and Brown Brothers and Sisters
10 Songs to Listen to When Life Is Changing
9 Benefits of Worshiping during 'Why, God' Trials
10 Reasons God Refers to You as “the Apple of His Eye”